An overview of what’s new with Environmental Farm Plans and how producers are using them. 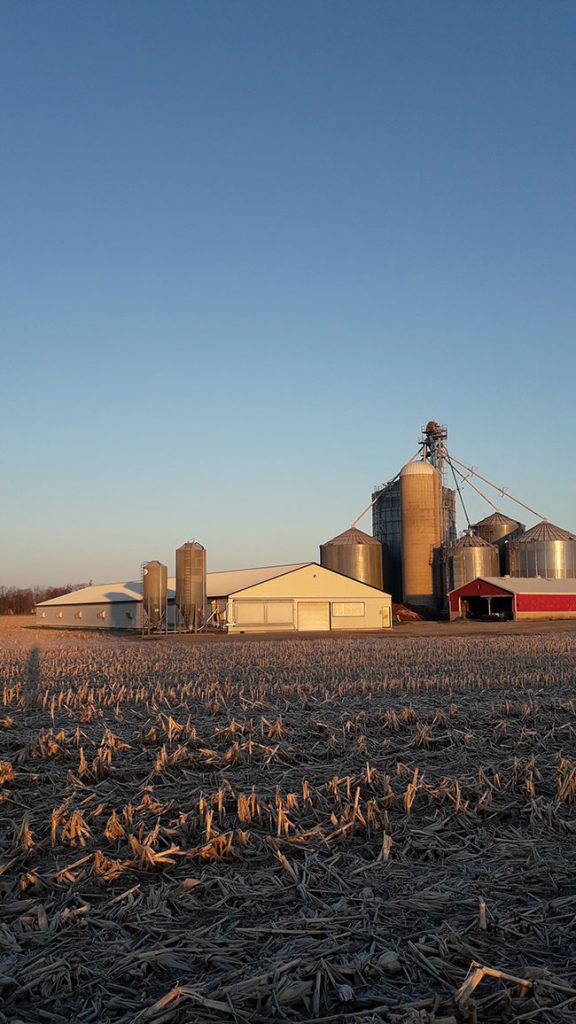 Rob Foster produces broilers and crops with his family near Ilderton, Ont. About a year ago, they finished their third Environmental Farm Plan (EFP). The voluntary assessments help farmers identify environmental risks on their farms, plan how best to manage them and take advantage of risk mitigation cost-sharing projects.

Foster finds EFPs to be invaluable. “We saw opportunity in the process in that it helped us identify some things in our operation that needed attention,” he says. “And the cost-share was a bonus,” he adds, referring to the fact that the cost of select EFP projects is partially government-funded.

Like the Fosters, Canadian poultry farmers have long seen the value of an EFP. They began in Ontario over 25 years ago and have spread across the provinces. By 2017, about 80 per cent of poultry farmers in Canada either had an EFP in place or under development, according to Statistics Canada.

With the market increasingly focused on sustainable sourcing, including minimizing environmental impacts, Canadian Poultry took a look at how EFPs have evolved and what’s new.

Provincial updates
In B.C., because the EFP planning workbook was updated in 2019 due to new regulations relating to farm operations, Cassy James says that most EFPs in the province should be renewed. James is the communications manager at the B.C. Agricultural Research & Development Corporation, which administers the EFP in that province.

In response to COVID-19, James says the 24 provincial EFP planning advisors have special protocols in place. What’s more, like other provinces, they’re only accepting applications related to cost-share projects in electronic form.

Eastward, the Ontario Soil and Crop Improvement Association (OSCIA), which administers the EFP in Ontario, allows producers to renew electronically. What’s more, pending COVID-19 restrictions, it may offer a one-day renewal workshop later this year for participants who have the third edition booklet. This workshop has already been successfully piloted.

Margaret May, a regional program lead with OSCIA, says anyone new to the EFP process or who has perhaps skipped an EFP edition should attend the organization’s regular two-day EFP workshop. However, these have been cancelled for now due to COVID-19, as have workshops in other provinces.

EFPs and sustainability
As many farmers are aware, food and beverage firms have prioritized sustainable sourcing in recent years. They’ve done so for a variety of reasons, including the need to show consumers that they take the issue seriously.

Sustainable sourcing is just as it sounds. It means that food companies increasingly are only buying from suppliers who demonstrate they follow sustainable practices related to worker health and safety, animal welfare, environmental impact and more.

Globally, the best-known sustainable sourcing program is the Sustainable Agriculture Initiative (SAI), started by global food giants Danone, Nestlé and Unilever in 2002. Members of the SAI now include dozens of major food industry firms, some of which use Canadian eggs and poultry products, like McCain Foods, McDonald’s and Starbucks.

Because most of these factors are already addressed in EFPs across Canada, experts say it makes sense that farmers should seek to show they meet SAI environmental criteria by completing one of these assessments.

Progress report
Indeed, this is already underway. So far, both Quebec’s and Alberta’s EFPs have been recognized as reaching the FSA 2.1 Silver level, the second highest performance marker, on their content and governance models. Other provinces have also begun this process.

Paul Watson, EFP director at the Agricultural Research and Extension Council of Alberta and the national co-chair for EFP harmonization, has been spearheading the effort in Alberta. He believes sustainable sourcing is already here.

“Early adoption of the documentation required to demonstrate we are sustainable not only prevents us from being left behind, but using FSA 2.1 as our standard makes sense, as it is both widely accepted and widely benchmarked against other sustainability programs,” he explains.

But, SAI’s sustainability initiative is not the only one that involves the EFP. For example, Roquette Pea Processing, which is based in France and has a plant in Manitoba, has identified an EFP as the best way to ensure its producers meet its sustainability standards. Staff at Manitoba Agriculture have worked with Roquette to develop a specific Pea Production Chapter in that province’s EFP. Watson says some commodity purchasers in Alberta have also expressed interest in a similar path.

In addition, the environmental module of the Canadian dairy industry’s overarching food safety and sustainability program proAction is based on the EFP, with implementation of this module to begin in late 2021.

Environment risk
However, as provinces work towards harmonizing EFPs with SAI’s assessment, Watson notes that it “does not affect the primary purpose of EFPs – to bring awareness and education to environmental risk.”

In Ontario, some examples of EFP projects poultry producers have implemented include using vertical beater manure spreaders and injection systems or dribbling bars to better target manure application in the fields.

On the Foster farm in Ontario, their EFP projects have so far included purchasing a deadstock composter, properly decommissioning a well, planting cover crops/buffer strips and investing in compaction-reduction equipment. In the future, Foster says they may look at doing an EFP project that improves farm manure storage prior to field application. “I think identifying projects is really valuable and then you work away at them,” he says.

EFP history and stats by farm type
The Environmental Farm Plan program began as a pilot project in 1993 in seven selected counties across Ontario. Funding for the pilot project was provided by the Land Management Assistance Program, under Agriculture and Agri-Food Canada’s Green Plan. The Ontario Ministry of Agriculture, Food and Rural Affairs provided technical support.

The EFP was very successful and spread across Ontario and Canada from that point. In B.C., for example, it was initiated in 2003.

Some post-secondary agricultural education programs now have an EFP component. In addition, in 2015 in Alberta, Lakeland College became the first post-secondary institution to complete an EFP, for its student-managed farm.