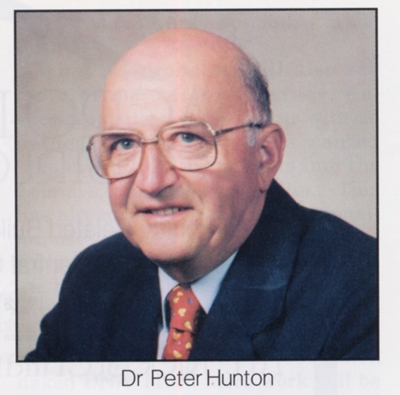 This presentation is in two sections. First, there are things which, at least to me, seem certain to happen. That is because in many they can be predicted from present trends, or the factors controlling them are already in place. Secondly, there are things which may happen, given certain prerequisites which are conceivable, though quite uncertain at this point in time.

1. Per capita consumption of eggs will stay flat. While there may be some variations around this theme, at least in the developed world there is no major likelihood that egg consumption will take an upward trend. The carry-over of the cholesterol and salmonella scares is still a factor. Lifestyle changes have resulted in many consumers rejecting breakfast as a meal occasion. Shell eggs are regarded by many as inconvenient; they require preparation and cooking, and this takes time which the average consumer appears not to have.

3. The efficiency and resistance to disease of our commercial egg flock will continue to improve. Breeders have adopted the most efficient methods of selection using the latest technology. Disease resistance may be enhanced by the application of new genetic technology. However, breeders are cautious about this because of the backlash against genetic modification of plants in Europe. The technology is developing rapidly and may result in useful application within a decade. Selection for such traits as docility may be accelerated if animal welfare advocates have their way and beak trimming is discouraged or prohibited.

4. More eggs will be required for non-food uses such as antibody production. This trend is clearly accelerating and seems acceptable to a suspicious public, or is being used in such a way that the public “doesn’t mind.” Direct consumption of eggs with special antibodies may become a factor, but would likely be restricted to a small, niche market.

5. We should expect a continuing development of new markets for specially produced eggs. These will include nutritionally modified products, of which omega-3 enriched eggs are a good example. Egglands Best, a U.S. product originating in Japan, has demonstrated the power of promoting a quality product with special attributes, even if the benefits are poorly defined. In Europe, at least 10 per cent of the eggs are produced outside of cages to meet this particular demand. On this continent, the level is much lower, but growing slowly, and these eggs are usually profitable because they are outside the “commodity structure” which often causes very low prices in the U.S.

1. Genetically modified eggs meeting a consumer or industrial demand. Given consumers’ aversion to genetically modified foods, this may seem far-fetched. However,  an egg with proven and demonstrable health or other benefits could go against the trend. For industrial use, eggs with increased quantity or quality of lysozyme, for example, would be very valuable. Such a product is by no means unlikely.

2. Hens laying 330-350 eggs per year. At the recent Poultry Science meeting, an Australian scientist claimed to have developed techniques for reducing the interval between successive eggs below 24 hours, so that even with a few breaks between clutches, hens could be bred to lay many more eggs than currently thought feasible.

3. Hatch only females for egg production, males for meat. This has been the “holy grail” since egg and meat type chickens first diverged to form mutually exclusive populations, about a half-century ago. There are scientists active today who believe that such a technology may be within reach. Even the identification and elimination of eggs containing the “wrong” sex, prior to incubation, would be a benefit.

4. The animal welfare/animal rights campaign becomes really successful. The European Commission has announced a policy under which conventional cages as we know them will be prohibited after Jan. 1, 2012. Will this present a huge opportunity for those outside the EU to supply eggs to the large population in Europe who are indifferent to the method of production? The EU members are betting it won’t. If the egg industry follows the path of some of the grain exporters, the EU is right.

5. The animal/welfare rights campaign remains a minority view. The EU position on cages is based strictly on politics and emotion, not science. Science shows a little or no benefit to the hen (and some serious dis-benefits) being removed from the cage. If this view prevails, then the egg industry will continue to produce eggs from a variety of environments to meet consumer demand. These will include non-cage, organic, nutritionally enhanced, and perhaps other types of egg yet to be developed.