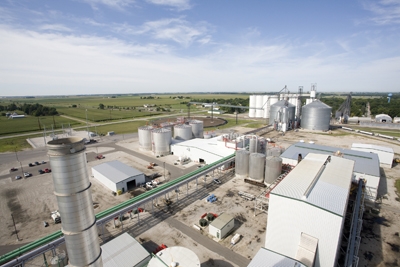 DDGS + Enzymes Can = Savings. Research carried out at the University of Nebraska has found that Dried Distillers Grains with Solubles (DDGS) can be included at high levels in pullet, laying hen and broiler chicken rations when properly formulated and balanced for amino acids, and that enzymes can add considerable savings.

Research carried out at the University of Nebraska has found that Dried Distillers Grains with Solubles (DDGS) can be included at high levels in pullet, laying hen and broiler chicken rations when properly formulated and balanced for amino acids.

The research also found that “addition of exogenous enzymes allows the nutritionist to down-spec diets including DDGS or meat and bone meal.” In addition the researchers found that “considerable savings can be attained with the addition of enzymes to diets containing DDGS.”

However, future research will need to be conducted to evaluate the value of high-protein and low-fat DDGS products with and without enzyme supplementation.

Background
Dried distillers grains with solubles has been available for poultry for many decades primarily from the beverage industry and it has been recognized that DDGS are a valuable source of energy, protein, water soluble vitamins, and minerals for poultry However, the use of DDGS in poultry diets has historically been limited to about five per cent due to inconsistent supply and pricing of the product and variability in nutrient content and digestibility, the researchers said in a presentation at the Midwest Poultry Federation Convention in St. Paul, Minn., in March.

However supplies of distillers grains have increased dramatically in recent years with the growth of the corn-based ethanol industry. In the U.S. in 2008, production of distillers grains for livestock exceeded 23 million metric tons. The poultry industry consumes around five per cent of the DDGS, whereas the hog industry utilizes around 20 per cent. The majority is fed to ruminants. Ethanol production is forecast to increase dramatically and, as a result, the production of DDGS will increase exponentially.

This could make DDGS attractive to livestock and poultry producers as a low-cost ingredient to replace corn and soybean meal. This increased availability could encourage the use of DDGS at a greater percentage than has typically been used in the past.

Previous research with laying hens using DDGS showed no negative effects on egg production when fed at 10 to 20 per cent.

The protein concentration of DDGS is approximately three times the concentration of the whole corn grain. It is high in total P and N compared to corn, and consequently can decrease the amount of inorganic sources of P added to hen diets, and increase N and P excretion in laying hens’ manure, according to the report.

Enzymes and DDGS
With increasing corn prices, the interest in using DDGS in poultry diets has escalated.

Exogenous enzymes such as phytase and combinations of amylase, protease and carbohydrases have found increased use in poultry diets of late during times of high commodity prices. The majority of the research on enzyme efficacy has been conducted in corn- or wheat-based diets with soybean meal as the major protein source.

The report asks: “How do these enzymes work in a diet with a large DDGS component?” This is a question that has been one of the focuses of the Nebraska group’s research for the last three years.

“Can poultry diets down-spec nutrients with the addition of enzymes” when DDGS is in the ration?

When DDGS was incorporated in the diet, more synthetic lysine and fat blend were added. On the other hand Di-Ca-P was decreased as DDGS was increased in the diet. Feeding 25 per cent DDGS to laying hens saved $20.92 and $9.92 per ton for Phase I and Phase II compared to zero per cent DDGS. In this initial study, results indicated that feeding corn DDGS up to 25 per cent had no negative effect on egg production parameters during both phases. However, feeding DDGS at 20 and 25 per cent affected egg weight in Phase I but not in Phase II. This was due to changing the AA balance from fixed lysine and TSAA in Phase I to fixed lysine and methionine during Phase II.

Feeding high inclusion rates of DDGS is possible if attention is given to AA balance and availability in the diets containing DDGS. In addition, DDGS can replace dicalcium phosphate in layer diets to reduce feed costs. The reductions in N and P excretion were positive impacts of feeding greater levels of DDGS.

The trial was conducted in laying hens feeding 0, 10, 20, 30 or 40 per cent DDGS with or without SSF enzyme in a factorial arrangement. Diets were formulated to be isocaloric and isonitrogenous. When SSF enzyme was added to the diets, ME was reduced by 75 kcal/kg. Results of the long-term trial indicate a slightly lower level of egg production and egg mass at the highest level of DDGS – 40 per cent inclusion rate. Diets with SSF enzyme fully supported equal production to those without enzyme supplementation. Adding Allzyme SSF enzyme saved an average of $8.00/ton of feed and feeding up to 30 per cent DDGS saved $64.00/ton of feed compared to the basal zero per cent DDGS diet.

During Phase 1 (24-35 wks), there were no significant differences between the diets for production parameters. There was a significant time effect for the last three weeks (wks 10, 11, 12) where feed intake decreased 4-8 g per bird per day (p < 0.05), most likely due to heat stress. There were no differences noted between treatments for any other parameters measured.

In Phase 2, there was a significant effect for feed intake between moderate and low ME diets, with the low ME diets having a greater feed intake overall (p ≤ 0.03). However, there were no other significant differences between treatments for any other parameters measured. Thus, decreasing ME, P and Ca with the addition of enzymes has no negative effect on egg production or quality.

Pullets
Pullet Trial 1. Maximum Inclusion Rates of DDGS in Pullets from one day of age to 16 wks of age.

The developer diet was formulated to provide, 3050.61 Kcal/kg ME, and 16.0 per cent protein, and fed from 10 to 15 weeks of age. The pre-lay diet was fed for one week (16) and formulated to provide, 3050.61 Kcal/kg ME and 17.0% protein. Fifteen chicks were placed per cage with five replicate cages per dietary treatment in a randomized complete block design. Feed intake and body weight were measured every week (Table 1). Average feed intake was similar (p > 0.05) between treatments with a comparable feed intake to Hy-Line W-36 manual. Average pullet weights were similar (p > 0.05) between dietary levels of DDGS. There was no difference in pullet weight gain (p > 0.05) between treatments.

From a paper presented at the Midwest Poultry Federation Convention in St. Paul, Minn., in March 2011.