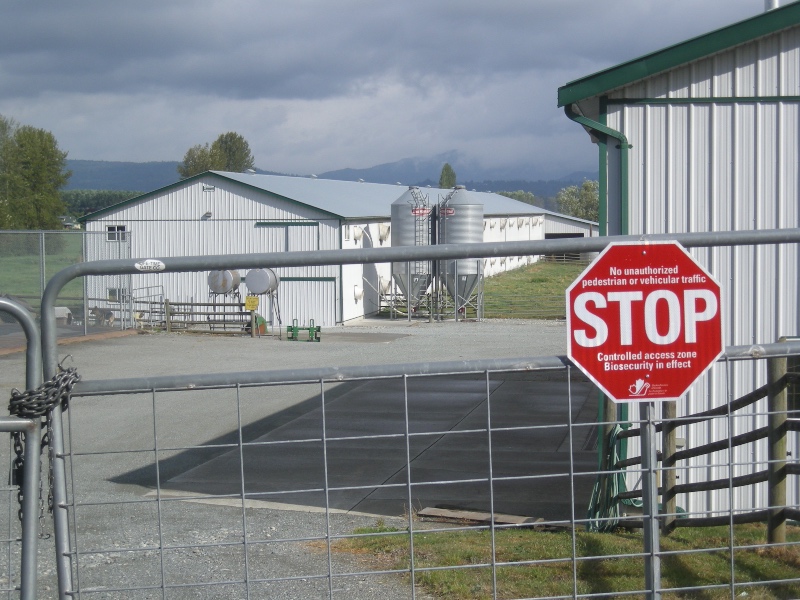 Poultry farmers in western Nova Scotia are on high alert and taking precautions to ensure the safety of their birds, following the discovery of highly pathogenic avian influenza in one commercial flock.

Lori Ansems, vice-president of Turkey Farmers of Nova Scotia, said Thursday that although many farmers are anxious, they feel supported by the safety measures taken by the Canadian Food Inspection Agency. Those include a 10-kilometre control zone around the affected farm, where 12,000 turkeys had to be euthanized this month.

“We are anxious because we have never been through something like this before,” Ansems said in an interview.

Canada’s food inspection agency said highly pathogenic avian influenza, subtype H5N1, was detected on Feb. 3 in a commercial flock in western Nova Scotia. There was a previous detection in the eastern part of the province on Feb. 1, but that involved birds in a backyard flock that weren’t for sale.

Other measures taken by the federal agency to protect commercial poultry farmers include restricting movement on farms in the area and ensuring that wheels of delivery trucks are washed to prevent the spread of the virus.

She said she has taken several other precautions at her two-barn operation in the Annapolis Valley, which has about 15,000 chickens and 6,000 turkeys.

“We change our footwear before we go in to handle the birds and there are changes of clothing,” Ansems said. “We are doing everything possible to prevent the virus spreading any further.”

Ansems said the commercial impact of some international export restrictions is minimal for Nova Scotia farmers, who mainly sell their turkey products on the domestic market. Most of the province’s turkey 20 farm operations are located in the Annapolis Valley, in the province’s southwest, she said.

“Birds that are healthy are still able to be turned into poultry products for consumers to eat ? this is a bird health issue it’s not a food safety issue,” she said.

The food inspection agency has said that avian influenza circulates naturally in birds and can affect food-producing birds such as chickens, turkeys, quails, and guinea fowl, as well as pet and wild birds.

The United States, European Union, Taiwan, Mexico, Japan and Hong Kong have imposed targeted restrictions on some Nova Scotia products. Russia, meanwhile, has banned imports of poultry from Nova Scotia and from Newfoundland and Labrador, where bird flu was detected in January and December.

Lisa Bishop-Spencer, director of brand and communications at Chicken Farms of Canada, said the priority for chicken producers is the domestic market, because Canadian poultry and eggs are supply managed – the federal government fixes the supply and the price to guarantee a specific return to Canadian farmers.

She said that as of 2020, Nova Scotia had 92 chicken producers with the majority located in the agriculturally rich Annapolis Valley.