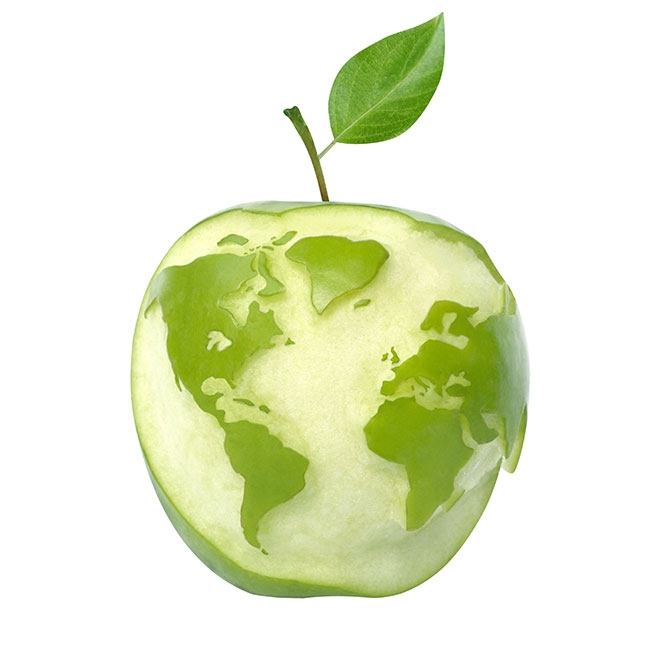 According to Harald von Witzke, only with highly efficient production will global agriculture be able to meet rapidly growing food needs and simultaneously preserve natural habitats and biodiversity. Photo:Getty Images

For the most part, European farmers view the liberalization of agricultural markets positively. Many felt that farmers were relying too heavily on subsidies, a dependence that negatively impacted markets. In terms of trade, the use of subsidies also disadvantaged some countries – particularly those in developing nations – and cost taxpayers dearly each year. In recent years, policy reform and the reduction of trade barriers have addressed these issues; now new problems have surfaced.

Harald von Witzke, president of Humboldt Forum for Food and Agriculture, described these problems and offered possible solutions at this year’s International Poultry Conference. The conference was held in conjunction with EuroTier, the world’s largest animal livestock trade fair, in Hanover, Germany.

According to von Witzke, the liberalization of agricultural markets was an important and correct decision. But, as he pointed out, it also meant being subject to the rules of the World Trade Organization (WTO). This is a particular problem for Europeans because the standards of many of the countries with whom they trade do not meet their high standards. In places where standards are difficult or too costly to meet, production and jobs are simply moved to another country.

“A good example that has been well documented is Germany’s phasing out of cages for laying hens, which has indeed moved production to other countries,” von Witzke said. “In one way this has even reduced the level of animal welfare.”

As a result of this move, eggs are now exported to Germany from countries like India, Ukraine and Albania. “I’m going to leave it to your imagination under which conditions eggs are produced in those parts of the world,” von Witzke said.

But according to Michael Scannell, director of the Food and Veterinary Office of the European Commission, the European Union (EU) only accepts eggs from the Ukraine. “Very little comes from Albania,” he said. “What we do import is very large quantities of egg powder that is used in the confectionary/biscuit industry. And, yes, the countries concerned are not required to meet our conditions in relation to sizes of egg-laying cages.”

How can these trade issues be resolved? Some have suggested an import ban on sub-standard production. “This really isn’t a solution,” von Witzke said. “Import restrictions placed on domestic animal welfare standards would be a violation of WTO rules.”

“Rules of the WTO permit trade restrictions only if a country can claim serious moral concerns,” he explained. “Standards of livestock production, however, don’t fall into this category.”

Another possible solution is to tax sub-standard agricultural commodities. However, such taxes would be regressive, von Witzke said. “If you have these taxes on sub-standard products or any other taxes that make food more expensive, you punish the poor most.”

But should a minority with preferences for particular animal welfare standards be permitted to impose their preferences on everyone else? “My answer to this is based on economic theory,” he said. “And my answer is no. It would be a violation of the principle of consumer sovereignty. It would be inconsistent with principles of market value.”

The only solution consistent with a market economy, he said, is labelling.

“In my view there is no alternative to modern poultry production, which meets the broad range of consumers’ diverse preferences,” von Witzke concluded.

According to Scannell, it is important to adhere to EU-wide standards. He said countries that don’t respect those standards cannot be allowed to undermine the EU’s competitive position. He wants higher welfare standards enforced with a focus on concerns like poultry density standards, which he said do not apply to Europe’s international trading partners.

Thiermann agreed, noting that without proper standards, we won’t have fair trade. Santin believes science-based requirements are very important and must be the same for all countries.

Lopez argued producers should first comply with consumer requirements. That, however, also means not accepting that the rules outside of Europe are not the same. For this reason, he and his colleagues at AVEC want to see country of origin labelling enforced.

Von Witzke didn’t think it would be possible to enact and enforce universal welfare requirements, but Scanell stood by his statement. “We can’t keep importing food of a lower standard any longer,” he said. “Consumers don’t want it.”

“We need to be more offensive in defending our interests,” he concluded.