Two years ago, B.C. became the first province to introduce operating procedures for free-range layers. Here’s how producers have fared. 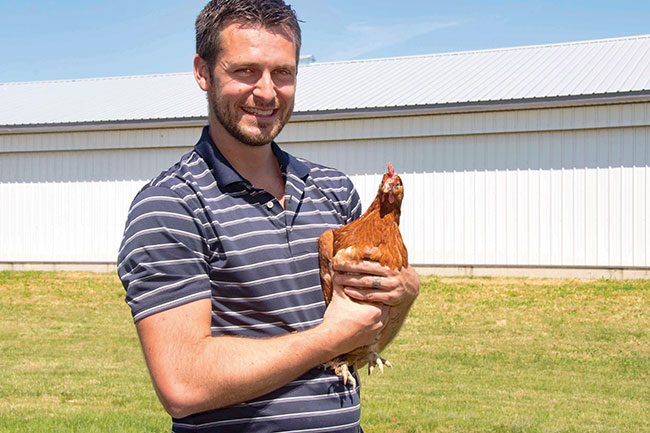 It’s been two years since B.C. became the first province in Canada to introduce standard operating procedures for free-range birds.

And though the new rules haven’t led to a run on free-range eggs in the marketplace, producers and officials with the province’s egg marketing board believe they’ve helped to ensure a brighter future for the specialty production type.

“I can’t say that people have been rushing out to buy free-range eggs since [the SOPs] were introduced in 2017,” says Mark Siemens, a third-generation free-range and organic egg producer in Abbottsford in the Fraser River Valley, 60 km east of Vancouver.

“But it’s helped us protect the consumer demand for free-range eggs that is there and which continues to grow. We didn’t want to see any production inconsistencies that would put risk losing people’s trust in our product.”

The new rules were developed by animal care specialists and a committee of B.C. organic and free-range egg producers who meshed their own best-practice standards with those of producers in Europe and elsewhere.

“The new rules have created a level playing field for producers and consumers.”

The standards require that free-range hens have access to an outdoor range for at least 120 days a year for a minimum of six hours a day.

Producers must also keep detailed and up-to-date records with the number of days and hours their hens have access to outdoor ranges when the temperature is between 15 and 30°C. Ranges must also be grass covered and free of debris and features like food dishes, which can attract wildlife.

Certified free-range egg producers who stop their birds from going outdoors must get letters from veterinarians explaining the reasons for the restrictions. Valid reasons range from the presence of illnesses in flocks that could be potentially transmitted to neighbouring farms to public orders to keep birds inside if and when the risk of potentially devastating diseases like avian influenza is detected.

“Standards were really important to bring in because we’ve told people how our farmers manage their free-range operations and that the birds were going outside during the day and that they were free-range birds,” says Katie Lowe, executive director of B.C. Egg.

“But we didn’t have an auditing program to back that claim up. Now we have one that requires producers to keep a lot of documentation so that we can prove their birds are going outside for a minimum of six hours a day. Now we have those minimum standards to fall back on and we can guarantee that.”

Lowe, who is a certified animal welfare expert, says producers have had little problem adhering to the new free-range egg rules.

The operating procedures are add-ons to standards contained in both national and provincial codes of practice for the care and handling of pullets and laying hens and are fully explained in a 45-page specialty egg production manual published in 2017.

“Because it’s an audited program, if a producer is not following the standards we can enforce them,” Lowe says. “We haven’t had to do that. Any producer who is doing free-range is on board with the requirements that we have. It’s more ensuing that producers are aware of all the requirements of the program and that they’ve got their documentation up.”

Industry snapshot
According to an infographic on B.C. Egg’s website that shows the numbers of birds and flocks in each of the five egg production types – conventional, enriched, free-run, free-range and organic – there are currently 38 flocks and some 280,000 free-range birds in the province.

The vast majority of that production is being done by roughly a dozen producers in B.C.’s Lower Mainland area. Free-range eggs account for just over eight per cent of total egg production by roughly 120 producers across B.C.

According to Lowe, debunked fears over cholesterol and the growing popularity of eggs as highly affordable nutritional powerhouses have been fueling sales in every production category. “In last four years, overall demand has increased by 20 per cent,” Lowe says.

She adds that while classic white eggs continue to dominate B.C.’s egg market, there is steady and growing demand for specialty products in a province where people put a premium on healthy eating and living.

“Some consumers will continue to buy the classic white egg because those hens are well cared for and it’s an inexpensive source of protein,” Lowe says. “Other people, depending on their values, when they’re going to buy eggs they want to know the hens that produce the eggs have access to outside.

“It really just depends on the consumer and we find that in B.C., our consumers really like these specialty products, whether it be free-run, free-range or organic,” she adds.

“I think what we’re seeing is a consumer that wants a lot of choice, and we want to provide the consumer with that choice at the marketplace.” 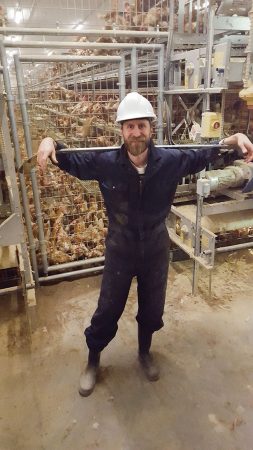 Producer Scott Janzen says he is optimistic about the continued growth in demand for free-range eggs in B.C.

Producer perspective
For producers, the biggest challenges with the new free-range rules have been ensuring compliance with the requirements of the program and keeping related documentation in order.

“Nobody I know likes added paperwork,” quips Siemens, who converted his family’s operation to free-range and organic in 2015 – a time when he says annual sales of free-range egg sales were growing from five to eight per cent a year, a pace that since slowed to half that rate.

In addition to the need to renovate barns to create door openings, among other things, Siemens says sending free-range birds outdoors raises the risk of disease and adds to labour needs and costs.

There is also the danger of predation from hungry eagles when B.C.’s salmon run ends. “Birds that are outside are also eating grass and not eating as much feed indoors,” Siemens adds. “That can impact animal growth and egg shell quality.”

He says the high cost of farmland in B.C.’s Lower Mainland – up to $130,000 an acre – would also be cause for reflection by perspective producers in need of pasture to become free-range certified.

“There is a small premium for free-range eggs but it’s not much,” Siemens says. “Still, the sector is doing well and the new rules have created a level playing field for producers and consumers, who know what they’re getting.”

Scott Janzen, another third-generation poultry producer in Abbottsford who added free-range to his free-run and conventional productions in 2014, says he is optimistic about the continued growth in demand for free-range eggs.

“As farmers, we have to produce what the public wants,” says Janzen, who worked in retail in Abbotsford and returned to the farm a decade ago to raise his family. “You can’t over-produce something if it’s not going to sell – it just doesn’t make sense. That’s just Business 101.

“But as sales grow so does our market, and sales of free-range eggs are continuing to grow so things are looking good,” he says.