Features
From the Editor: Honouring women in agriculture

Program recognizes their growing role in production, research and advocacy. 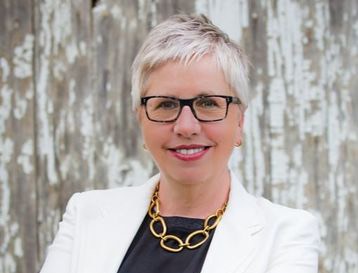 In March, Canadian Poultry, along with our sister publications from the agriculture group of magazines at Annex Business Media, launched Influential Women in Canadian Agriculture (IWCA). It’s a program intended to highlight the work that women do across Canada’s diverse agricultural landscape.

We asked our collective subscribers to nominate an influential woman by providing examples of their impressive leadership, innovation and advocacy work.

We were confident that we’d receive lots of great nominations, but our team of judges was truly blown away by the impressive things we read in the nomination forms.

From animal welfare to technology to advocacy, the six professionals we chose as the inaugural Influential Women in Canadian Agriculture (IWCA) are all trailblazers in their respective fields.

One such standout I spoke to for this program from the poultry side is Karen Schwean-Lardner. An associate professor with the University of Saskatchewan’s Department of Animal and Poultry Science, her important work focuses on how management systems affect the welfare and productivity of commercial chickens and turkeys.

In our interview, Schwean-Lardner reveals how her high school principal once tried to discourage her from pursuing a career in science because “that’s not what girls do”. Bothered but not dispirited, she’s long used that encounter as motivation.

Years later, she’s now one of the most highly regarded poultry scientists in the world. And she’s watched with pride as females have gone from the small minority in poultry sciences classes when she first started out at her school to now a strong majority.

Schwean-Lardner says her keys to success are her relentless work ethic and ability to embrace risk. As examples, she shares how she was at one stage of her career working full-time while raising two children and still managed to take on a master’s degree on top of that. Each night after she’d tuck her kids in she’d then start working on her graduate studies. “It’s amazing what people can do when they’re motivated,” she says.

A podcast of my full conversation with Schwean-Lardner is now available along with our entire IWCA series of interviews. Visit agwomen.ca to access them.

Through roundtable-style sessions, panelists will share advice and real-life experiences on leadership, communication and balance working in agriculture. Register at agwomen.ca/summit.

We’ve featured another woman doing impactful work on the cover of our September issue. A few years ago, University of Guelph’s Andria Jones-Bitton launched ground-breaking research around mental health in agriculture.

Her studies shed light on the fact that many producers are struggling with above average levels of stress, anxiety and depression and are at a higher risk of burnout.

Her work has inspired others to conduct their own research and develop support tools to help farmers cope with these challenges. You can read all about her important research and other efforts she’s inspired on page 10.