From the Editor: Poultry farming on virtual display 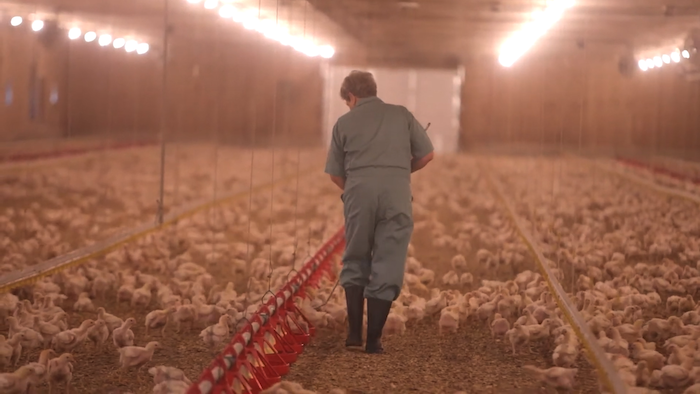 One of the new tours takes people through Bardon Poultry, a broiler barn in New Tecumseth, Ont., run by Donna and Barry Jebb.

One of my favourite parts of this job – something I’ve missed out on since the pandemic started – is visiting farms. Barn tours are also a great way to connect the public with their food and those who produce it.

Unfortunately, doing this in person is often difficult. But new resources produced by Farm & Food Care Ontario allow Canadians to immerse themselves in the poultry farming experience from the comfort of their home.

The organization, which is dedicated to building public trust and confidence in food and farming, added three new installments of its Virtual Farm Tours – including ones filmed at chicken and turkey barns – to FarmFood360.ca late last year.

Farm & Food Care Ontario originally launched the program in 2007 to educate the public and show that producers had nothing to hide and were actually proud of their stories. It then revamped it in 2017 when it launched FarmFood360.ca and started using 360° cameras and virtual reality technology.

Its latest videos are the first ones filmed at chicken and turkey barns using these enhanced capabilities. They were recorded last summer and join 15 other farm and food processing tours already on the site.

Browsers can access the tours on tablets and desktop computers, as well as through mobile phones and virtual reality devices. There are also an additional 12 traditionally shot videos that supplement the 360° feature tours. Those include interviews with the farm families, explanations on where their animals live and what they eat and conversations about their day to day chores on the farm. Veterinarians, nutritionists and other experts join the farm families in explaining their roles in caring for animals on these farms.

One of the new tours takes people through Bardon Poultry, a broiler barn in New Tecumseth, Ont., run by Donna and Barry Jebb. Videos explain what chickens eat, how they’re cared for and highlights a special program called CFO Cares Farmers to Food Banks that encourages farmers to donate fresh meat to local food banks.

In the turkey tour, producers Clair and Kathryn Doan of Doan Turkey Farms in Norwich, Ont., take guests through both their poult and grow-out barns. They talk about their life as a farm family and the daily routine on their farm.

Both the Doans and Jebbs say initiatives like Virtual Farm Tours are useful for clearing up the many myths that exist around poultry farming. “I think there’s a misconception around what a farm or barn environment looks like for turkey production,” Clair Doan says. “And so, they see our facilities are curtain sided, naturally ventilated barns with ample access to fresh air, water and feed. It’s important that we influence that conversation as opposed to somebody else influencing it.”

Donna Jebb agrees. “You’re showing them how we actually farm. We don’t have them in cages. We don’t force feed them. The videos dispel a lot of the myths and untruths.”

In 2020, FarmFood360.ca received 2.95 million-page views – a 1,000 per cent year-over-year increase. Now, Farm & Food Care Ontario is working on a resource to help teachers incorporate the website’s material in classrooms.

While Kelly Daynard, executive director of Farm & Food Care Ontario, is pleased with the latest virtual tours, she’s excited to get back to hosting on-farm events.

“When you see someone hold a newly hatched chick for the first time, there’s that look of awe and magic for them. Those moments make my career and you’ll never replace that.”