Functional Genomics: The beginning of a new age in nutrition research

Technological advances have always pushed science towards a better
understanding of nature. Recent technologies have led to the new field
of functional genomics (how the genome of an organism regulates
homeostasis and responds to stimuli), and are providing a clearer
understanding of how organisms interact with their environments. 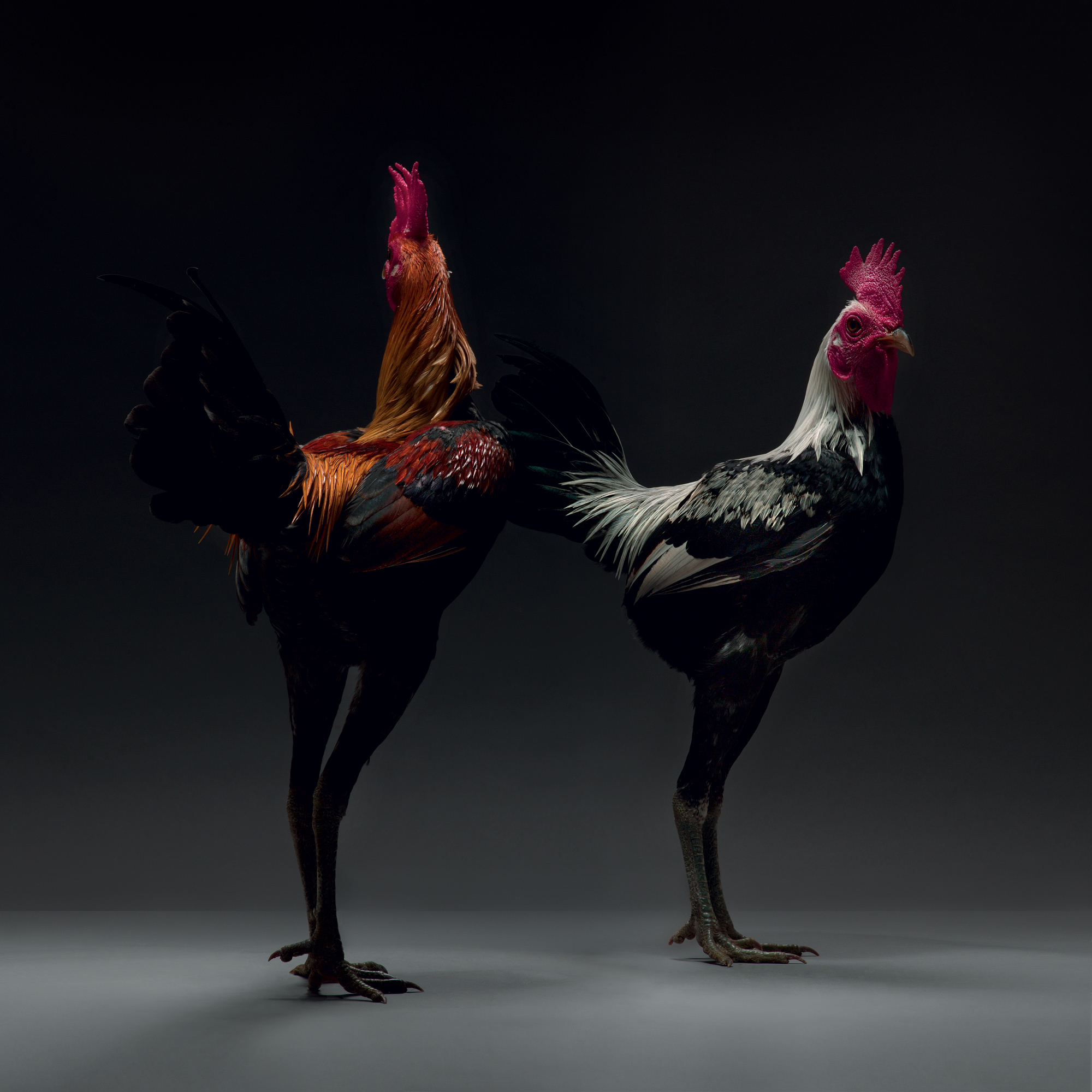 Technological advances have always pushed science towards a better understanding of nature. Recent technologies have led to the new field of functional genomics (how the genome of an organism regulates homeostasis and responds to stimuli), and are providing a clearer understanding of how organisms interact with their environments.

In this review, the role of functional genomics in the future of nutrition research will be discussed as well as its use as a tool to develop a lucid model of the interaction of an organism and its diet.

Introduction
Traditionally, nutrition research has involved the determination of requirements for specific nutrients, diet formulation, and the monitoring of performance. This approach has often involved the assessment of targeted metabolic pathways such as carbohydrate or lipid metabolism where biochemical and enzyme assays could be used to monitor the effects of diet.

More recently, with the development of the field of molecular biology, researchers have been able to study the impact of diet on the organism at the molecular level. The term ‘nutrigenomics’ was coined in 2002 to describe the trend in human nutrition research towards individualized dietary formulation. Nutrigenomic effects were based on how diet affected the expression of specific genes and the development of specific diseases including diabetes, obesity, and heart disease.

In reality, the scope of this field is significantly larger. The interaction of an organism with its diet (or nutrition source) is an intimate and complex physiologic affair that is typically based on multiple organ systems and, in higher organisms,
the endogenous microflora working in concert.

The regulatory control mechanisms of these processes can be based at all levels from genetics and gene expression to the feedback of specific metabolites. Modern technology is providing a new opportunity to monitor the regulation of these processes on a systems-wide basis. Nutrition researchers are just beginning to utilize these tools to ask key scientific questions about diet and its effects on the organism using functional genomics.

It has been known for some time that diet and specific nutrients can affect the function (expression) of genes. It has been well documented by many clinical studies that two humans fed an identical diet respond individually. The anticipated benefits from research  into the function of genes include advances in the development of nutritious foods and special functional ingredients, optimal diets for individuals, and improved methods for preventing many lifestyle-related diseases.

The mechanism by which nutrients specifically regulate the expression of genes in vertebrates in general is poorly understood. Surprisingly, the basis of the fundamental understanding of how gene expression is regulated resulted from studying how bacteria respond to nutritional changes.

The induction of proteins that transport and hydrolyze lactose in response to adding lactose to growth media was the first examination of gene expression (functional genomics) of any kind.  Research targeting the nutritional regulation of gene expression in higher organisms has progressed considerably more slowly due to the complexity of mechanisms controlling gene expression and the difficulty in identifying specific metabolites to which the intestinal epithelium (IE) cells respond.

The IE cell must respond to the contents of the digesta through specific nutrient interactions and react to this ‘sensing’ mechanism by signal transduction pathways to alter gene expression.

Several genes have been identified as being regulated by nutrient levels in the diet.  One of the earliest studied nutrient regulators of gene expression has been the micronutrient zinc.  Zinc deficiency has been well characterized clinically and is associated with changes in the expression of many genes.

One must not forget that variation in individual response to diet can be explained by the underlying differences in genetics across a population. Numerous studies in animals and humans have shown that individual genotypic variations can alter nutrient metabolism, from relatively mild conditions like lactase gene polymorphisms that result in lactose intolerance to potentially severe pathological conditions like phenylketonuria. Obesity and lipid metabolism are currently the most studied examples of genetic influence on the development of a condition resulting from nutrition.

It  is clear that the quantity and quality of the diet modulates the expression of numerous genes in various tissues. Each individual will respond to a specific diet in a unique manner concomitant with his or her genetic profile.

Nutrigenomics and Animal Performance
One of the goals of nutrigenomics research is the development of consensus responses to specific dietary stimuli so that anomalies can be identified and studied further. It is these anomalies that will provide the basis for understanding how genetic differences are associated with specific response to nutrients, and how genetic differences in combination with diet result in maladies like obesity or improved animal performance.

A majority of this research has been fueled by the Human Genome Project, which will ultimately enable scientists to understand the functions of human genes and how they are regulated. This knowledge will provide information on how genes and nutrients interact and the effect of individual genetic differences on diet and nutrition. This research will be directly applicable to other species whose genome sequencing projects are underway including several agricultural species including chicken, cattle, and swine.

Developing within this genome era were technologies that were increasingly broad in scope and were automated, high throughput, and data intensive. Many of these technologies also involved miniaturization of standard techniques to suit the new high throughput experimental designs.

These technologies have significant implications for nutrition research and include aspects of genomics (polymorphism), functional genomics (gene expression), proteomics (protein expression), and bioinformatics (data storage and integrated data analysis). The organization of these data sources is found in Figure 1.

Functional genomics
Focusing on the analysis of mRNA (the transcriptome), functional genomics aims at measuring the level of expression of all or a selected subset of genes based on the amount of mRNA present in a sample.

Currently, the most powerful tool available is DNA array technology. Using one array the expression level of up to 50,000 transcripts can be measured in parallel, and tens of samples can be screened per day.

In these studies, hundreds of genes are usually varying in expression. The difficulty is to organize the results in such a way that they can be used to elucidate biological mechanisms, or to derive biological markers for a given physiological situation. Such data treatment is obviously an essential requirement if one wants to understand the overall consequences of nutrient intake.

In the relationship between nutrition and health (unlike the relation between nutrition and disease) it is necessary to develop a new concept of biomarker. It needs to reflect subtle changes in homeostasis and the efforts of the body (cellular systems, organs, and inter-organ interactions) to maintain this homeostasis. Also, it preferably should include a wide variety of biological actions.
Furthermore, both efficacy and safety aspects should be monitored simultaneously. Single nutrients may have multiple known and unknown biochemical targets and physiological actions, which may not be easily addressed with classical biomarkers (i.e., the ‘single-gene, protein or metabolite’ approach, usually at non-physiological conditions).

In addition, the efficacy assessment of health effects of nutritional components is even further complicated by the fact that single dietary constituents are hardly consumed as separate entities but are part of a dietary mixture.

Finally, it should not be underestimated that the major source of variability arises from the starting biological material itself. Ensuring the validity of this material, collecting all possible variables (from genome, to age and environment) and controlling the sampling conditions and timing are essential to obtain meaningful data.

Another limitation lies in the tools used for data analysis (software). Current bioinformatic tools are somewhat effective but opinions vary considerably regarding the best computational algorithms to apply.

Effect on Nutritional Sciences
By helping to understand the interaction between nutrients and molecules in an organism, the implementation of molecular biology and biochemistry in ‘classical nutrition’ research, followed by the technological revolution of the ‘-omics’ technologies, will greatly affect nutritional sciences.

Although the complexity of this proposed integration is exceeding the current bioinformatics tools and capacities, its implications for nutritional research can be enormous. Unlike biomedical interventions (drug therapy), nutrition is chronic, constantly varying, and composed of a very large amount of known and unknown bioactive compounds.

Furthermore, nutrition touches the core of metabolism by supplying the vast majority of ingredients (both macro- and micronutrients) for maintaining metabolic homeostasis. This homeostasis stretches from gene expression to lipid metabolism and from signaling molecules to enzyme cofactors. Thus, nutrition by its nature needs to be studied in an integrated way (systems biology).

So far, most of the tools for this integration have been lacking, thus maintaining an unbridgeable gap between classical nutrition (studying physiology with a focus on biochemical pathways) and biomedical sciences (determination of disease-related molecular mechanisms). In applying systems biology to nutritional sciences, these paradoxical extremes are bridged and the complexity of the relationship between nutrition and health can be met by the complexity of the integrated approach. Many hurdles need to be taken, most of them in the field of bioinformatics, before this research area reaches maturity.

Conclusions
To accelerate and coordinate successful application of high throughput technologies in the field of nutritional research, collaborative actions and networks will be necessary. Already institutions in the U.S. and abroad have developed programs and organizations to address the impact of nutrition on biological systems in a coordinated effort. Only in this manner can the true interaction between an organism and its diet be ascertained.

Nutrition research in the future will increasingly focus on the ways in which our genes are affected by what we eat or how our animals’ genes are affected by what we feed them. Foods and feeds that are safer and more nutritious, new medical treatments, and novel ways to help save the environment are potential benefits expected to result from these research efforts.
This paper was presented at the 2006 Alltech International Feed Industry Symposium, held April 23-36  in Lexington, Kentucky.