An animal welfare initiative created by industry, for industry. 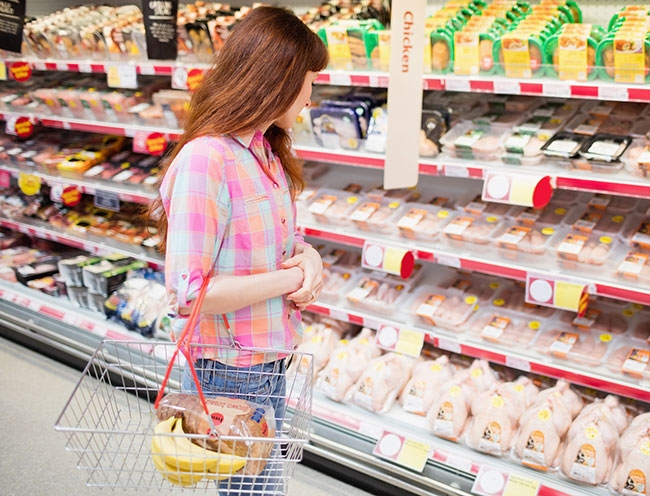 “The extra expense incurred by the livestock producers for the implementation of these additional animal welfare criteria is compensated at a flat rate via financial incentives independent of the market price,” explains Sandra Golz, a communications correspondent for Initiative Tierwohl. In 2018, retailers will pay 0.04 to 6.25 euros for every kilogram of chicken and pork they sell to the Initiative Tierwohl. Photo: Fotolia

The German food industry has come together to form a partnership that addresses animal husbandry issues. Together, farmers, retailers and the meat industry are working to ensure stricter animal welfare standards are enforced – and that farmers are compensated for going the extra mile.

Over the years, animal welfare labels have been introduced to meat products in Germany, but very few have caught on. A similar trend has been seen in North America, where labels like organic, free range, cage-free and certified humane have left consumers confused as to what they’re actually paying for.

The program, called Initiative Tierwohl, began in 2015. The idea for Tierwohl was that the retail sector, which includes large supermarket chains like Lidl and Aldi, would set up a fund that could be later used to reward higher animal welfare standards. “The extra expense incurred by the livestock producers for the implementation of these additional animal welfare criteria is compensated at a flat rate via financial incentives independent of the market price,” explained Sandra Golz, a communications correspondent for Initiative Tierwohl.

Olaf Lück, project manager for QS Quality and Security, spoke at length about the initiative at EuroTier, the world’s largest agricultural trade fair, in Hannover, Germany. He said some 3,270 farms participate in the initiative (pork and poultry included), caring for nearly 290 million animals.

Not only do German farms take part, but so do farms in neighbouring countries. “We have four different funds,” Lück said. “Retail distributes between imported products sold to the consumers products produced in Germany. Different funds are then fed into for the foreign companies and for the German companies.”

At the moment there are 440 poultry sites in Germany and 204 sites in neighbouring countries. For turkeys, there are 211 farms in Germany, and 56 internationally.

Improving Welfare
Participating farmers not only agree to meet animal welfare criteria, but also agree to yearly training, as well as participation in an animal welfare control plan to check whether the measures are actually benefiting the animals or not.

Two essential criteria that farmers have to meet, Lück said, are the reduction of stocking density and the provision of enrichment tools.

More specific details about Initiative Tierwohl can be found at https://goo.gl/7bvV14.

Compliance is monitored through a rigorous auditing process. Audits first take place at the farm level, but also include the abattoirs. “All in all, 1,396 audits have been carried out on farms,” Lück said. “For the most part, these audits were passed. We had a fail rate of 34 – or 2.4 per cent – so the farms were very well prepared.”

Deviations were found mostly in facilities and buildings not being built properly, leakages, and troughs and feeding systems not working properly. There were also deviations in handling and emergency slaughter.

In turkey fattening, some of the deviations included farm hygiene, the buildings and facilities themselves and a lack of alarm systems to tell the turkey farmer when issues, like ventilation, arise.

Most farms, however, passed the inspections and money paid out in 2016 amounted to 7 million euros. “Animal farmers will probably be happy that their work has paid off,” Lück said.

While there are plans to continue the project until 2020, the retail sector wanted to make sure the animals have benefitted from the initiative and are better off now than they were before. During the pilot stage, they collected data to see which measures were successful and which ones weren’t. The measures included factors like mortality in housing and number of culled animals. All information was carefully recorded.

Retailers also recorded the number of animals that were dead on arrival or the number that died during transport. Finally, they looked at footpad health and footpad changes.

“We’re working on this with scientists who also work for the pork industry, so that from all of these three indicators, an animal welfare index should be calculated, which tells you more about the farm,” Lück said. “Comparability between farms should be achieved.”

Consumer response
What does the consumer think about the initiative? To inform them about the program, the retail sector created advertisements telling consumers that when they purchase meat products from their Initiative Tierwohl product range, they are supporting a changeover to an animal welfare adequate management system. The cost for advertising was footed by the retail sector, which was initially uncertain as to whether the initiative should be promoted through labeling or as a brand. Retailers are still struggling to make the advertising program work.

“There’s a certain risk in Germany of having even more labels on the market than we already have anyway,” Lück explained.

So far, customers have shown little reaction, and Lück offers two theories as to why. “The retail business said that the measures … and statements were perceived as uncritical. One thing is clear: statements should be more robust on the system in order to be able to give a correct response to critical questions.”

At the end of the day, Lück said, consumers ultimately want better quality without increasing costs. “If the consumer is not willing to pay more, the retail business will say, ‘Okay, then we’ll provide consumers with some support by providing the animal welfare initiative and establishing this fund’ and that’s the political concept behind all of this.”

The initiative is nearing the end of its first phase. Those involved are now in the process of reviewing what has been done and making recommendations for adjustments for the years to come. They’re also looking to get more retail chains and fast-food restaurants, like McDonald’s, involved.

“Everybody knows that the animal welfare initiative shouldn’t go on forever, but at some point in time the model should be integrated into an established system,” Lück concluded. “However, it is clear that after 2020, Initiative Tierwohl for poultry will not be continued in the present way.”