Getting to know the new Code of Practice

As the industry digests the new Code of Practice for the care and handling of layers, stakeholders reflect on its creation. 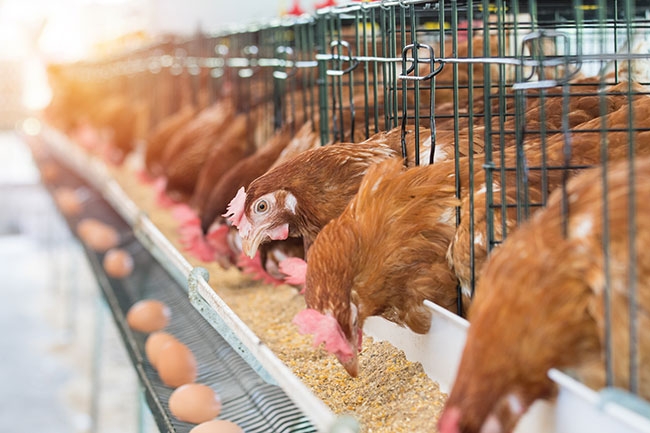 In March, the National Farm Animal Care Council (NFACC) announced the release of the revised Code of Practice for the care and handling of laying hens, a nationally-developed guideline for livestock care, which is also used as a regulatory reference and the foundation for industry animal care assessment programs.

NFACC’s code development process is described as a uniquely consensus-based, multi-stakeholder approach that ensures credibility and transparency through scientific rigour, collaboration and consistency. The process of updating the layer code took about four years and was led by group that included egg farmers, animal welfare and enforcement representatives, scientists, transporters, egg processors, veterinarians and government personnel. This 17-member team was aided by a five-person scientific committee that included expertise in laying hen behaviour, health and welfare. A public comment period was also held in the summer of 2016 to allow the public and stakeholders to provide input.

In the March press release, Glen Jennings, egg farmer and chair of the code development committee described the new code as balancing hen welfare, behaviour and health “in a manner that is sustainable and achievable by farmers.”

Barbara Cartwright, CEO of the Canadian Federation of Humane Societies, uses the word “unprecedented” to describe the code’s minimum standards of care. She believes the code “represents the most significant change we’ve ever seen in Canada’s egg industry,” with “the most rigorous standards for egg-laying hens in North America.” Indeed, the new code includes requirements for perching, foraging and dust bathing, no matter what type of housing is used, as well as new guidelines for beak trimming, methods for on-farm euthanasia and the additional requirement of a written farm euthanasia plan.

In Cartwright’s view, the most important change in this code over its 2003 predecessor is the introduction of new standards for cage-free systems and the phase-out of battery cages, which she notes have been shown to cause suffering by animal welfare scientists. And although the phase-out is “much longer” than the Federation considers acceptable, Cartwright does say on the other hand that “it doesn’t diminish how meaningful a change this is in the long-term. The industry changes in the years to come will be major, requiring new barn builds, conversion of existing barns, personnel training and new management and maintenance practices across the country.”

Housing was discussed at length during code development, notes Jackie Wepruk, NFACC general manager and project co-ordinator. “The code committee recognized that while freedom of movement is an important welfare consideration, good health, protection from injury and other welfare considerations were also critical for the wellbeing of birds,” she explains. Wepruk adds that although the transition to non-conventional housing had already begun, the code committee also needed to ensure that all farmers could meet the timelines.

Roger Pelissero, chair of Egg Farmers of Canada, echoes Wepruk’s comments. “The new code recognizes that transitioning to a new production system is a substantial undertaking,” he says, “and that timelines must be achievable by producers who may need to build new barns or order and install new equipment, for example.”

Wepruk agrees. In terms of what she found most satisfying in the process, she identifies watching how relationships and understanding grew between the diverse groups. “We are very fortunate in Canada that our society values collaborative approaches and that we have a history of animal welfare advocates working with farmers on animal welfare standards,” she observes.

“We need to treasure and preserve this ability to work together. A considerable investment in time and effort is required to develop codes that both meet the needs of animals and are implementable by farmers. The layer code development committee deserves full kudos for their effort to build consensus and focus on doing the right thing for hens and farmers.”

As she looks to the future, Cartwright is looking forward to the new housing to come for all Canadian hens. She explains that consumers are starting to ask questions about whether cage-free systems are in fact more humane than battery cage systems, and “without standards like the ones in this new code, cage-free systems are like one big battery cage. The standards in this code are an acknowledgement from industry that enrichments that support natural behaviours are absolutely necessary for hens.” Cartwright notes that as more Canadian egg producers embrace cage-free systems, it was important from her perspective to ensure during the code development process “that cage-free is as humane as it sounds. Right now, many cage-free systems are overcrowded and have absolutely no enrichments for the hens, like foraging space or places to perch. That’s why we pushed so hard for cage-free enrichment requirements in this code.”

More to come:
In an effort to help Canadian farmers meet the requirements of the new code and transition to enriched or cage-free housing by 2013, Canadian Poultry magazine has prepared a special supplement packed full of advice and resources. Watch for the special ‘Cage-Free Supplement’ in our upcoming October issue!