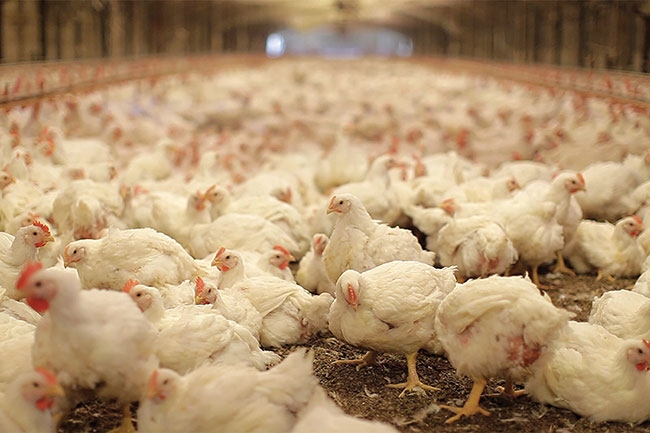 The broiler housing and equipment industry continues to evolve.

The broiler housing and equipment industry continues to develop, introducing new technologies in line with trends in modern management, communication and ventilation systems. As you might expect, early adoption in markets such as Europe and North America, which have high labour and utility costs, easily justifies investment in these modern technologies.

Due to market volatility, poultry growers in developing countries can have financial constraints that limit access to modern technology.

Equipment innovations
In the past couple years there has been considerable consolidation within the equipment industry. The current focus is on combined heating and recirculation systems and renewable energy resources. There is increased scrutiny from government and environmentalists on CO2 emission levels, which is driving the change away from direct gas burners to indirect gas burners (heat exchanges), or water-based heating systems.

Water-based heating systems have been used for years, but renewed interest is sparked by the system’s numerous advantages. They do not contribute to house CO2 and humidity levels and also offers flexibility with regards to fuel choice. Hot water circulation systems with finned tube designs have higher surface areas for more efficient heat release and the ability to maintain excellent temperature uniformity in a low noise environment.

The suppliers of livestock housings controllers for both the swine and poultry sectors are integrating biometric sensor technology. They integrate the use of various sensors to monitor and measure water and feed intake, behaviour and hourly weights. All this data along with animal behaviour in terms of distribution and activity monitored by cameras is input in an early warning system for proactive and predictive flock management.

An exciting, innovative technology advancement is the introduction of on-farm hatching in Europe. The eggs are transferred directly to the farm at day 18, where they are hatched and have direct access to feed and water. Trials have shown improved early weights and feed conversion when compared with traditional hatching. However, the investment cost and technology involved is still a limiting factor for most growers.

Ensuring maximum early feed intake and daily gains requires optimal water consumption. The benefits of fresh cool water during brooding and early production have seen renewed interest and research. Many of the suppliers of nipple drinkers are also supplying automatic flushing and pressure regulating systems, which are fully integrated with the controller. The monitoring of water temperature in the nipple lines, which has already been adopted by certain suppliers, will be the industry standard in the near future.

Housing trends
In the housing sector, there’s been a dramatic increase in the construction of modern, environmentally controlled houses across regions where open sided housing was the norm, especially in the tropical regions of the world. With the steady increase in further processing in what were exclusively live bird markets, a need for reliable volumes of high quality birds has stimulated the growth in closed environment systems.

Traditionally, most houses have been constructed with curtain sides due to unreliable electricity supplies and the fear of backup generator failure. The relatively small difference in cost between good curtain installations versus solid side walls are very easily offset by the advantages that are seen in their increased adoption. One of the keys is the tightness or ability to maintain static pressure of a solid sidewall when compared with the maintenance and poor lifespan of a traditional curtain.

In most markets outside Western Europe, tunnel houses have moved away from the traditional 12 m by 120 m design. Longer and wider houses are being constructed to better optimise capital investment and floor space. The 15 m by 150 m tunnel house has become the design of choice, with some integrations in North America opting for even larger houses, such as 18 m by 180 m. All new broiler houses are being equipped with tunnel airspeed capabilities more than 2.8 metres per second or 600 feet per minute, depending on bird size.

In China and Southeast Asia, land cost and availability have resulted in many fully integrated companies adopting broiler colony systems, allowing integrations to place up to three times the number of birds per square metre as opposed to a traditional floor system.

In markets that are fully integrated and have increasing demand for further processed birds, they are certainly feasible. The high capital cost per bird of such systems will limit adoption in many countries where live bird market prices are extremely volatile and very sensitive to local changes in supply. A very large single age production facility can potentially disrupt local live bird prices.

Slat systems
As in many parts of the world, bedding materials such as rice husks and wood shavings are becoming more scarce and expensive. This has driven the industry to look at different options. The adoption of plastic slat systems is widespread across Southeast Asia. The most popular format is the short slat, about 15 to 20 cm in height.

The adoption of the low slat system has some major challenges. The labour-intensive process of washing the slats is one hurdle. Probably the biggest obstacle is difficulty keeping the manure dry during the production period. Careful management of the nipple drinking systems to reduce dripping and unnecessary waste of water is a must.

The low air exchange rates across the manure will result in poor moisture removal. Almost 70 per cent of water consumed is deposited in the manure. Elevated levels of wet manure attract huge fly control issues, which could result in bird health and local environmental concerns. In regions where farms are located near villages, fly infestations will be a public concern.

An alternative to the low slat system is the adaption of the broiler pit style slat houses. They include a 1.5 to 1.8 m enclosed ventilated area below the slats. The advantages include easier access and cleaning of the manure, and the ability to manage moisture levels, reducing the fly issues.

The broiler housing and equipment industry continues to evolve.

Next-gen controllers
The developers of environmental controllers are designing systems to manage ever-larger poultry farms, offering the producer an ever-expanded array of options for monitoring and controlling farms, irrespective of their geographical distribution.

These systems will make it possible to regulate the climate in the individual houses, receive alarms and exchange strategies between the houses, as well as remote access for technicians. The software will allow the producer to extract a wide range of climate and production data from each house controller and use it to prepare in-depth analyses and optimize production.

The new generation of poultry house controllers will all be linked via integrated LAN Ethernets or wireless on-farm networks. The use of high quality cabling and wireless networks is integral in avoiding catastrophic failures or breakdowns.

These new controllers are being developed with modern 15-inch touch screens, like personal tablets, with powerful processers and accelerated graphics capabilities. The configuration of these new controllers has been made extremely easy with step-by-step graphics and auto-configuration capabilities. Growers familiar with a smart phone will be able to run the setup process.

In the future, controllers will be developed with increased automation and improved user friendliness. But probably the most important development is more advanced software. Developers are placing a lot of focus on their farm online software. Today’s producers demand and need a better overview and capabilities to control several houses from one personal computer.

A single touch screen control unit will be needed for a multiple house farm. The development of a system of in-house “expansion” boxes will have user friendly ergonomically designed cards which are simple to insert and maintain, replacing the traditional relays/inputs. These new pre-programmed cards will be robust, and with their electrical current monitoring sensors, they will allow the grower to monitor in real time current usage and immediately detect faults in all electrical equipment.

With the proliferation of remote networking systems across all industries, the grower and integrators will be able to have access to information from anywhere in the world.

Suppliers of modern controllers will provide secure data storage and back up facilities (servers) in remote Cloud systems, with user-defined data analysis and benchmarking capabilities. Their robust hardware will be manufactured to better withstand the harsh poultry house environments and along with the development of multiple layers of redundancy systems, make these systems much more secure than in the past.

Today and in the future, Internet access is all the farmer will require to access their poultry house computers with an app on their smartphones to monitor production, environmental data and alarms no matter where in the world the controllers are located.

All these developments are designed to streamline management and improve productivity, but fortunately can never totally remove the need for skilled stockpersons.