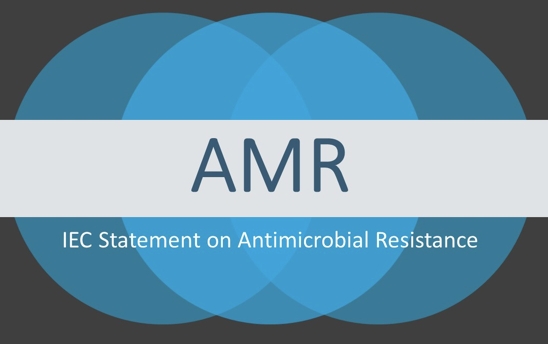 The International Egg Commission and its members support, and will promote, the responsible use of all antimicrobials to allow for the long-term safe production of eggs, safeguarding the availability of eggs and egg products for the world’s consumers.

Accepts that antimicrobial resistance (AMR), whether in humans or in animals, is an issue of global concern.

Acknowledges that the egg layer industry is a limited user of antimicrobials but that this limited use does not obviate the need for coordinated action with other animal product and human medical representative bodies, through the One Health approach of the WHO, OIE and FAO.

Will encourage the egg layer industry to reduce the use of antimicrobials, especially those for which resistance could pose the greatest animal and human health global risk.

Believes that the health and welfare of the birds in the care of producers must remain paramount and that care may include the responsible use of the right antimicrobials.

The IEC will actively support the One Health approach (of the WHO, OIE and FAO) to dealing with AMR, working with intergovernmental organizations, governments and other stakeholders to achieve the best outcome for humanity.

All producers should be made aware of the current knowledge on AMR and be able to access new knowledge as and when it is made available. The IEC will endeavour to make knowledge on the subject as widely available as possible and stimulate governments and organizations to keep records on the use of antimicrobials.

Antimicrobials should only be used under veterinary supervision and in conformance with national authority approvals.

The IEC does not support the use of the Highest Priority Critically Important Antimicrobials in animal agriculture. The IEC will promote and take due note of recommendations made by the OIE, the WHO and the FAO.

The IEC recognizes that risk analysis is the best tool to determine the risk/benefit balance of antimicrobials and their usage conditions.

The IEC believes there is a need for scientific research regarding development, transfer and control of antimicrobial resistance in the production chain and on the potential impact for animal health and welfare, food safety, public health and human medicine.