By Helen Branswell The Canadian Press  May 2, 2012

U.S. biosecurity experts want a ban on publication, while scientists say the studies are necessary to understand spread 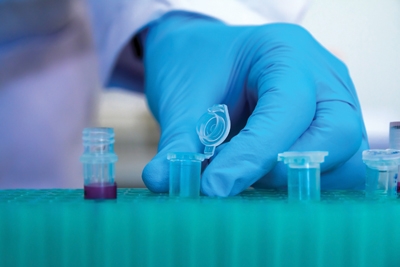 Two scientific journals were slated to publish H5N1 studies conducted by research groups in the Netherlands and the U.S., but in December 2011 biosecurity advisors in the U.S. asked the journals to hold off, fearing that the studies posed a risk of “an unusually high magnitude.”

Influenza scientists are worried they may be feeling a cold front moving in.

In December 2011, an unprecedented decision by the U.S. government to ask two leading scientific journals (Science and Nature) to withhold publication of key information from controversial avian influenza studies has scientists in this sector nervous.

They fear a chill may be descending on their field, potentially making it harder to tackle studies aimed at answering one of the key questions in influenza science, namely, how viruses that normally infect birds, pigs or other mammals evolve to become viruses that infect people.

But a scientist at the centre of a raging controversy over bird flu transmission studies has broken his silence, in the process revealing information about his study that has not been made public previously.

In a commentary in the journal Nature, flu virologist Yoshihiro Kawaoka argued the work he and other high-level influenza scientists do to try to puzzle out why some flu viruses spread in humans while others don’t is too important to be shelved.

“Our work remains urgent – we cannot give it up,” wrote Kawaoka, who up until mid-January made no comment on the controversy that is pitting flu scientists against the community of biosecurity experts, some of whom insist no further transmission studies on the dangerous H5N1 flu virus should be undertaken.

The standoff between the two groups started when the National Science Advisory Board on Biosecurity, which advises the U.S. government on research that could be put to so-called dual use, recommended two studies into how H5N1 viruses could become more transmissible should not be published in full.

In his commentary, Kawaoka revealed that his laboratory at the University of Wisconsin-Madison made a hybrid virus, fusing the hemagglutinin protein (the H in a flu virus’s name) from H5N1 onto the human H1N1 virus that caused the 2009 pandemic.

The H1N1 virus spreads easily among people but H5N1 currently does not.

His team found the viruses came together readily, and spread easily among ferrets kept in separate cages. Ferrets are considered the best animal model for predicting how a flu virus will act in humans. And that type of study is meant to show whether viruses can spread in the way they do in people – by being propelled through the air by coughing or sneezing.

But while it was highly transmissible, Kawaoka’s mutant virus did not kill the ferrets. In fact, it was no more pathogenic to the animals than the 2009 H1N1 virus, Kawaoka said.

“Our results … show that not all transmissible H5 HA-possessing viruses are lethal,” he wrote. HA is the short form for hemagglutinin used by flu scientists.

Nature, which plans to publish Kawaoka’s paper, acknowledged it gave him dispensation to release information about this work.

Normally journals will not publish studies if the findings have already been reported elsewhere, including in the mainstream media.

Spokeswoman Rachel Twinn said Nature decided it was in the public interest to allow Kawaoka to share details of his findings at this time.

Kawaoka –who also has an appointment at the University of Tokyo – runs one of two labs caught up in this roiling controversy. The other is run by Dutch virologist Ron Fouchier of Erasmus Medical Centre in Rotterdam. Fouchier called Kawaoka’s findings “completely unexpected.”

“I would have guessed that if you would have put a highly pathogenic HA on the pandemic H1N1 that you would get a virulent virus. And clearly that’s not the case,” Fouchier said, though he noted he hasn’t read the study and doesn’t know the full details of the work.

The findings suggest a couple of things, Fouchier said in an interview from Rotterdam.

The first is a point that Kawaoka also made. If a hybrid of this constellation of genes – the H5 hemagglutinin with seven genes from the pandemic H1N1 virus –were to emerge “we may not have to fear as much as we would think,” Fouchier said.

But another point he made sounded a more chilling note. He observed that the combination of his work and Kawaoka’s shows that there are at least two different routes that the H5N1 virus could take to become one that is easily transmitted among mammals – and perhaps people.

“We now show in completely independent studies in two completely different ways that we cannot say that H5 will never gain the ability to go aerosol transmissible,” Fouchier said. “There is now already two very easy paths of achieving it.”

Fouchier has been front and centre in the debate over whether to publish these two studies, having previewed his own findings last fall at an influenza conference in Malta. (Journals’ pre-publication bans don’t apply to presentations made to scientific conferences.)

Fouchier’s team forced evolution of an H5N1 virus in ferrets, getting it to the point where it easily transmitted among the animals.

It was a full H5N1 virus – it was not a hybrid – and it was fatal to at least some of the animals. His paper is to be published in Science.

But before Science and Nature could publish the works, the panel of biosecurity experts advised the U.S. government to ask the journals not to publish the full works, saying to do so would be to print recipes for potential bioterror weapons.

The journals and the scientists have grudgingly held off. But the flu community and some others in the science world have objected to the decision, saying to hold back the full details of the studies will impede science that needs to be done.

In the hopes of creating room for a compromise, last week 39 leading flu scientists – including Kawaoka and Fouchier – announced they would observe a voluntary 60-day moratorium (from Jan. 20) on H5N1 transmission studies. The idea was to give the global community time to sort through the troubling issues the work raises.

The World Health Organization, which has been asked to help mediate the problem, stated that it will convene a meeting of technical experts in Geneva in mid-February.

The WHO’s point person on the issue, Dr. Keiji Fukuda, has said the meeting will be small, involving fewer than 50 people. The scientists who did the studies as well as scientists from WHO’s network of flu laboratories will be invited to attend.

A representative of the National Science Advisory Board on Biosecurity will also be invited to attend, Fukuda has said.
In his commentary, Kawaoka argued that trying to disseminate the full details of his and Fouchier’s work on a need-to-know basis – the U.S. proposal – will be unworkable.

And he said redacting the studies won’t eliminate the possibility that the information will become public.

“There is already enough information publicly available to allow someone to make a transmissible H5 HA-possessing virus,” he warned.

The Controversy
The scientific journals Nature and Science were slated to publish H5N1 studies conducted by research groups in the Netherlands and the U.S., but in December 2011 biosecurity advisors in the U.S. asked the journals to hold off, fearing that the studies posed a risk of “an unusually high magnitude.”

The studies were submitted for review to the U.S. National Science Advisory Board for Biosecurity, a group that advises the U.S. government on so-called dual-use research.

The group says a pandemic with the H5N1 flu virus, either caused by nature or by a transmissible virus engineered in a laboratory, would be an unimaginable catastrophe. The studies show how H5N1 viruses, which currently don’t transmit efficiently among mammals, can be made to do so in ferrets, the best animal model for predicting infection in humans.

After weeks of deliberation, the advisory panel suggested that the scientific journals should be asked not to publish the means by which the researchers manipulated the H5N1 virus to get it to the point where it was easily transmitted among ferrets.

The U.S. National Science Advisory Board on Biosecurity outlined its position publicly in the journals at the end of January.

Flu scientists announced a voluntary two-month moratorium on research in this area and at least one of the journals has agreed to hold off publication to allow international talks on resolving the dispute to get underway.