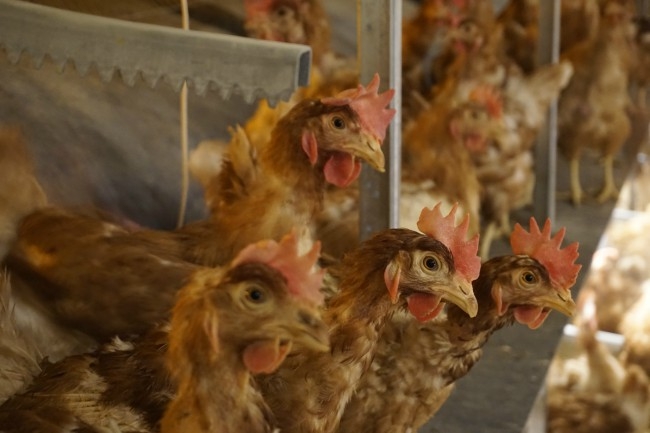 The study found housing regulations have had a significant impact on hens, farmers and consumers.

November 23, 2017 – Each year, Americans eat an average of 250 eggs, and right now there is a surplus in most parts of the country because of increased production. In California, however, there is a decrease in the number of eggs being laid.

Why? It could be a case of happier hens, new research suggests.

A law in that state titled the “Prevention of Farm Animal Cruelty Act” (also known as Prop 2) requires all eggs produced in California come from chickens “that are provided enough room to turn around and fully extend their wings”.

Passed in late-2008, it came into effect on January 1, 2015 to allow producers time to transition.

Now, a study shows the regulations have already had a significant impact on hens, farmers and consumers – and not just in California.

It’s all part of new research from Conner Mullally of the University of Florida and Jayson Lusk of Purdue University titled “The Impact of Farm Animal Housing Restrictions on Egg Prices, Consumer Welfare, and Production in California.”

“You can change the animal welfare and the treatment of animals but it’s not going to be free,” Mullally says of the study results, which were recently published in the American Journal of Agricultural Economics.

“We were able to look at how much people paid for a dozen eggs compared to some cities outside of California thanks to grocery store data.”

For the study, the researchers looked at 16 years of monthly data on egg production and input prices.

They found that by July 2016, both egg production and the number of egg-laying hens was about 35 per cent lower than they would have been in the absence of the new regulations.

Out-of-state eggs were able to compensate for falling California production until around the time the new rules were implemented, at which point imports of eggs into California fell.

For consumers, the study found that the average price paid per dozen eggs was about 22 per cent higher from December 2014 through September 2016 than it would have been in the absence of the hen housing restrictions.

The price impact fell over time, from an initial impact of about 33 per cent per dozen to about 9 per cent over the last six months of the observed time horizon.

These price increases correspond to welfare losses of at least $117 million for the three California markets over the observed time horizon.

The results suggest that because of the policy change, California consumers can expect to experience annual welfare losses of at least $25 million in future years from higher retail egg prices alone.