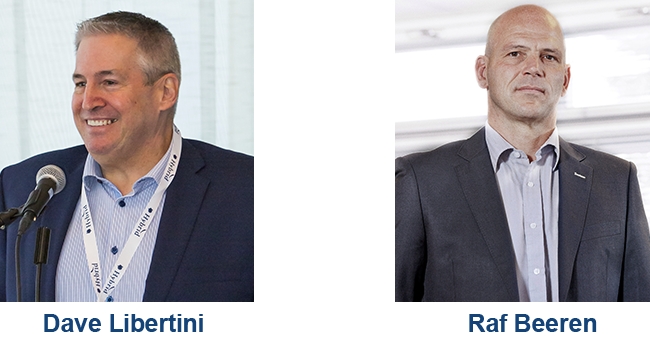 November 8, 2017 – Hendrix Genetics announced a number of changes in its top management today.

Libertini will be appointed to the executive committee as vice president Americas, also reporting to van den Berg, and will be based in Kitchener, Canada. He has long term experience in animal breeding in Hendrix Genetics and its predecessor, Euribrid. The Americas is an important development area for Hendrix Genetics and in this role, Libertini will ensure that all activities there are well supported to maximize synergies and growth in the region.

Libertini and Beeren will work closely together to ensure a seamless transition of leadership in the turkeys business unit. Libertini will continue to be involved in ongoing projects around the world as well as representing Hendrix Genetics on industry and advisory boards.

The process for replacement of Beeren in the swine business unit is well underway, and his successor is expected to be named shortly.