A close look at the threat for poultry, a global summary of the situation and the latest on prevention strategies. 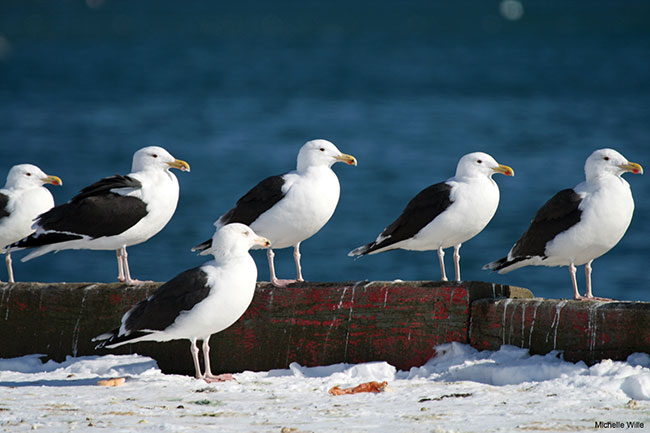 Government agencies are monitoring the presence of the H5N1 virus strain in wild birds in Newfoundland and beyond after it was detected in a great black-backed gull collected at Mundy Pond in Newfoundland. Photo: Dr. Michelle Wille

By January 9th, two poultry sites in Newfoundland had confirmed outbreaks of HPAI, an H5NI sub-type that’s been recently circulating in Europe. The Canadian Food Inspection Agency (CFIA) has stated that because these infected sites are not commercial, Canada maintains a status of “free from Avian Influenza.” HPAI hasn’t been detected in Canada since 2015, according to the World Organisation for Animal Health.

The two operations in Newfoundland are located on the Avalon Peninsula. At a hobby farm normally open to the public called Lester’s Farm Chalet, 350 birds of various heritage breeds died of infection in December and another 60 (including geese, peacocks and an emu) were euthanized to contain spread. At another premises with a small backyard flock, three chickens died of infection in early January and the remaining 14 birds (ducks) were euthanized. Both locations had ponds where the domestic birds could mingle with wild birds.

CFIA quarantined both infected premises and established 10 km control zones around them with restricted movement and enhanced biosecurity. Government personnel are keeping in close communication with commercial poultry farmers in the province as well as with owners of backyard flocks. The public has been asked to refrain from feeding or handling wild birds such as ducks, pigeons and gulls.

Government agencies are also monitoring the presence of the H5N1 virus strain in wild birds in Newfoundland and beyond, after it was recently confirmed in wild birds in the province, and by mid-January, in South Carolina and North Carolina. It’s believed the strain may have reached North America when a major North Atlantic storm hit in early October 2021, perhaps carrying in infected wild birds from northern Europe. It’s been confirmed that two novel European geese species are now present in Newfoundland.

However, Dr. Andrew Lang, a professor in the Department of Biology at Memorial University in Newfoundland, notes that, “We can’t know for certain how the virus arrived. It may have gone through Iceland or Greenland or it could have been that storm. We know that European barnacle geese are certainly being heavily impacted in Europe by this strain. It’s perpetually circulating in Europe and since spring 2021, we’ve seen prolonged outbreaks there, which is a new development.”

In addition to causing devastation in kept flocks and killing wild birds as well, this HPAI strain has the potential to cause disease in humans through direct contact with infected birds and contaminated environments. The risk to the general public is very low. Most human cases involve mild flu symptoms. There have been a few cases of AI in humans in 2021, and in early January 2022, an elderly man in England who has kept pet ducks at his home contracted this strain, but reported feeling well.

In 2021, a total of 40 countries experienced HPAI outbreaks and almost all cases have involved H5N1. Since September, at almost 900 locations around the globe, close to 35 million birds have been culled to control spread. Countries hit hardest to date, in order, are Italy, Hungary, the U.K., Poland, Germany and France. In Asia, South Korea, Japan and Taiwan have had significant outbreaks.

Determining risk
Dr. Tom Baker, incident commander at the Feather Board Command Centre (FBCC) in Ontario, explains that there are two risk factors that are normally considered in any potential change to a province’s ‘alert status.’

One is the potential presence of highly pathogenic AI strains in wild birds in the province or region. Regarding Ontario, according to the Canadian Wildlife Health Cooperative, close to 10 per cent of live migratory waterfowl surveyed in the province in 2021 were carrying the H5 AI virus, although none found to date were highly pathogenic. Ontario is also within the same flyway as the eastern U.S. seaboard area, which may mean that the H5N1 strain that’s recently been detected in Newfoundland and the U.S. could arrive in Ontario this year.

The second risk factor – the chance of commercial poultry exposure – is difficult to assess in any jurisdiction. “It’s determined by the level of biosecurity in place – protocols and adherence to protocols,” Baker says. “Having said that, protocols in Canadian poultry are stringent and compliance is regularly audited by the boards. AI outbreaks are the result of biosecurity breaches and human error. There are multiple pathways for this virus to enter our commercial flocks and spread. Contaminated equipment or personnel apparel can carry this virus into a poultry barn.” 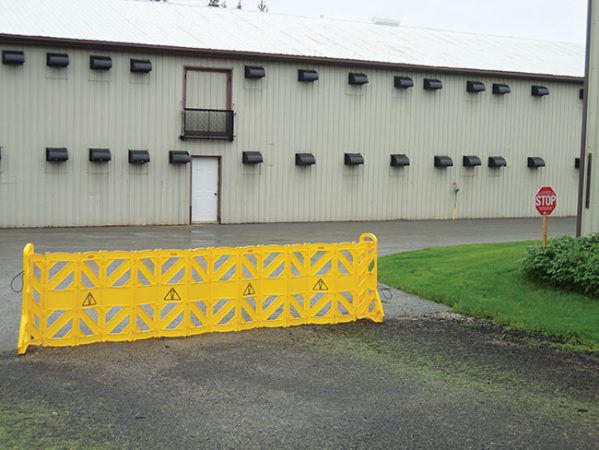 Backyard flocks exposed to infected wild birds could become infected and potentially spread to commercial flocks, but it’s unlikely. The entire industry adheres to biosecurity protocols and, also, commercial poultry veterinarians and other service providers generally do not visit backyard flocks, nor vice versa. “These are different worlds,” Baker says, “and good biosecurity requires that there be absolute separation.”

In addition, small flock owners generally understand the importance of preventing contact between their birds and wild birds, but Baker notes that even commercial confined poultry could occasionally come into direct or indirect contact with wild birds that get into the barn.

“Obviously anyone with a backyard flock or free-range commercial operation should prevent interaction between their birds and wild birds and their habitats,” he says. “In Canada, outdoor access is required for organic poultry production, but when outdoor access represents an imminent threat to the health and welfare of poultry, access may be restricted.”

In the U.S., the precautions look to be similar to Canada. Guidelines have been provided to prevent AI transmission from wild birds to commercial birds. In the Implementation Plan for AI Surveillance in Waterfowl in the U.S. 2021-2022, various agencies outline how AI surveillance in wild birds is being conducted (mostly through wild bird sampling).

Baker reports that in Europe, where there have been so many AI outbreaks, authorities have imposed additional biosecurity measures. These include housing orders for free-range poultry operations to prevent commercial poultry from interacting with wild birds, prohibiting hunting by poultry workers and the banning of poultry fairs and markets, shows and races.

Despite the best prevention measures, preparedness is key. Baker notes that in Ontario, there are now 138 board and industry staff trained and certified as emergency responders. “In the event of an outbreak, they will assist our government partners,” he says. “Regular simulations evaluate our readiness. In addition, the FBCC Board has recently expanded beyond a farmers’ organization to include all strategic partners in the Ontario poultry industry.

“FBCC has also partnered with Farm Health Guardian, which features geofencing and GPS technology to conduct a simulated disease outbreak, and track the movement of staff, visitors and vehicles in and out of farms in real time. Our hope is that this technology will allow for more risk-based mapping, speed up the notification process and facilitate trace backs.”

In addition, Ontario is strengthening systems for rapid culling operations and disposal of dead animals and contaminated waste. Poultry producers in provinces such as Ontario have also invested in strong AI insurance programs that cover losses beyond the CFIA compensation program.

Overall, Baker says, “Maintaining a high level of awareness amongst farmers is key to preventing an AI outbreak. In addition to following established protocols to the letter, all farmers must be aware of their farm-specific risk vulnerabilities and ensure these are controlled or mitigated.”