Emerging technologies promise to save costs and improve animal welfare. 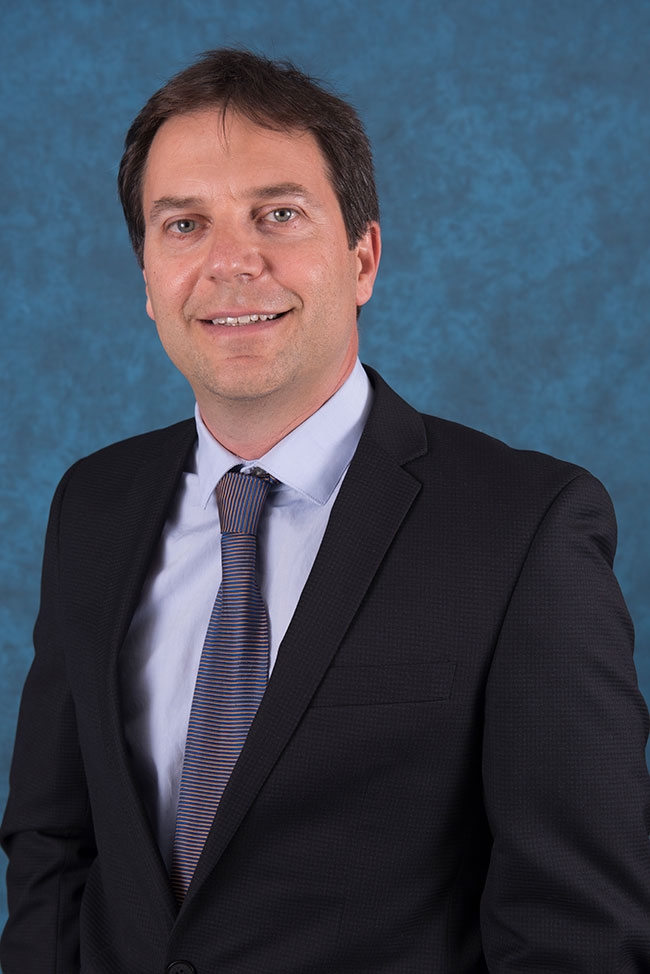 Yehuda Elram is founder and CEO of the U.S.-based eggXYt, which has developed a technology that uses gene editing to detect an embryo’s gender.

In the egg business, incubating male eggs and infertile eggs is a colossal waste of resources. Right now, chicks are sexed a few weeks after hatching, and the subsequent slaughter of male chicks is a significant animal welfare concern. The process is also labour intensive. It’s no surprise, then, that technologies are being developed to prevent all of this.

Made-in-Canada solution
One of these technologies has been developed through research funded by the Ontario Poultry Industry Council and Egg Farmers of Ontario (EFO) over the last six years. The patented scanning technology, called Hypereye, is the brainchild of Dr. Michael Ngadi, a food and bioprocess engineer in the department of bioresource engineering at McGill University.

At full capacity (once the technology is fully operational at the commercial hatchery scale), the scanning system will identify both the gender and fertility of about 50,000 day-old eggs per hour. EFO has stated that there is demand all over the world for this technology, and that the U.S. and various European countries such as Holland and Sweden have already expressed interest in it.

Livestock Research Innovation Corporation is partnering with EFO to bring the technology to market – if all goes well, in 2018. EFO general manager Harry Pelissero says prototypes are currently being tested in Ontario hatcheries to achieve at a commercial scale the same accuracy and speed that has been achieved in the lab. Commercialization will involve partnering with hatchery automation companies on installations and is expected to create up to 30 jobs.

How it works
Scanning eggs with Hypereye involves hyperspectral imaging, a process that detects bands of light well beyond what the human eye is capable of discerning. Due to the large amount of information that is instantaneously provided, the technology is perfect for automated situations, from scanning products on an assembly line or large-scale remote sensing applications

More specifically, its Wikipedia entry states that hyperspectral imaging “collects and processes” information from across the electromagnetic spectrum: “certain objects leave unique ‘fingerprints’ in the electromagnetic spectrum. Known as spectral signatures, these ‘fingerprints’ enable identification of the materials that make up a scanned object.”

Previously in Canadian Poultry, Ngadi explained that the overall Hypereye process involves putting a combination of broad spectral image signatures of a given egg “through a fairly complex mathematical analysis where we are using some deep learning techniques to identify or relate those spectral and image data to the specific attributes that we are looking at – in this case, whether [the egg] is fertile or not and whether [the embryo contained] is male or female.”

Healthy return
Pelissero estimates that the cost of Hypereye scanning will be around a nickel per egg, and because it eliminates the need to incubate infertile and male eggs, the technology will cut incubation costs in half and quickly pay for itself. Some of the profits, Pelissero says, will go to EFO in the form of royalties, some to Dr. Ngadi and some to equipment maintenance and an R&D fund.

Yehuda Elram is founder and CEO of the U.S.-based eggXYt, which has developed a technology that uses gene editing to detect an embryo’s gender.

New opportunities
Pelissero stresses that producers should not be worried about any impact on current egg production levels as a result of the implementation of this technology, and that eggs with male embryos could be used in the table or breaker markets, for vaccine production or for the production of anti-depressants.

In 2013, EFO had signed a letter of intent to provide $1 million in R&D funding to United Paragon Associates (UPA) to fund clinical trials of a new antidepressant called Relidep, which uses certain compounds found within eggs.

The company did not pursue a relationship with EFO, but in a 2013 EFO press release, UPA’s president of research and development, George Yeung, said early phase trials “demonstrated tremendous promise, as it may offer improvements over currently available drug treatments… Potentially better efficacy, shorter time-to-clinical-benefit and significantly fewer side effects were observed.” Relidep was subsequently marketed.

Stay tuned for developments on Hypereye commercialization in 2018.

Gene editing technology
U.S.-based eggXYt has developed another technology to detect embryo gender (but not fertility or infertility) in eggs through the use of gene editing: making changes to an individual organism’s DNA. The company was founded in mid-2016 by CEO Yehuda Elram and Dr. Dani Offen, head of the department of neuroscience at Tel-Aviv University in Israel.

“We edit the genes of the chicken so male eggs are laid with a biomarker,” Elram explains, “and the female eggs identical to eggs as we know them today. The identifier is bio-luminescent and is detected at the speed of light by seXYt, the optical scanner eggXYt has developed.”

Asked for more specifics about how the gene editing works, Elram explains that it “enables the creation of a ‘super breed’ [of hens] that shall lay detectable eggs.”

The firm plans to develop the technology for turkeys and other livestock applications. As with Hypereye, the cost is on a pay per detection basis, which Elram says translates into “a fraction of the savings eggXYt’s technology enables.” He anticipates approval from the U.S. Food and Drug Administration in 12 to 18 months.

Consumer acceptance
With public trust in the food system being a very significant issue in the developed world these days, Canadian Poultry asked if Elram foresees consumer concern with eggXYt’s technology. He believes it allows a “safe, fast” way to prevent the slaughter of millions of male chicks.

“With eggXYt’s technology, DNA of the female egg is untouched,” he says. “We believe that food should be evaluated by its safety and nutrition facts. The means to the product are not the focus, unless [these means] themselves are unsafe or unethical.”

Hyperspectral imaging applications
Originally developed for the mining and oil industry to look for new extraction sites, hyperspectral imaging has been applied to everything from military surveillance to research on historical documents to farming. Although the cost of the tech is typically high, it is increasingly used for specific crops and in specific climates for monitoring the development and health of crops.

Furthermore, work is underway to use it to detect the chemical composition of plants, which can be used further to detect their nutrient and water status in irrigated systems. Another agricultural application is the detection of animal proteins in compound feeds to avoid diseases such as BSE (mad cow).

In the food processing sector, hyperspectral imaging and related software enables the identification and removal of defects and foreign material not detectable by the human eye, traditional cameras or various types of optical sorters. Work is also underway to use hyperspectral imaging in potatoes to detect sugar ends, hollow heart and common scab.

In medicine, it is being used for diagnosis of conditions such as retinopathy and macular edema. The technology is also particularly useful in military surveillance.

In addition, soldiers can be exposed to a wide variety of chemical hazards detectable only by hyperspectral imaging technology. The tech is also useful for monitoring of emissions produced by coal and oil-fired power plants, incinerators, cement plants and other types of factories.