University of Wageningen researcher shows that insects show great potential as a source of feed, biofuel, and immune booster 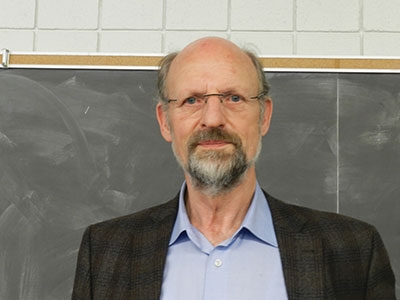 For over 30 years entomologist Dr. Arnold Van Huis has been studying insects. Now, as he releases his first insect “cookbook”, Van Huis find himself at the leading edge of a revolution that may see insects not only providing a source of protein to people, but to livestock as well.

As a special guest lecturer to the newly-formed Livestock Research Innovation Corporation (LIRC), Van Huis lured an audience at the University of Guelph into a web of insect intrigue that presented them not only as tasty, but nutritious too.

“People in the tropics don’t eat insects because they’re hungry, they eat them because they’re delicious,” said Van Huis. He admits that he knows very little about cooking but what he did contribute to the cookbook — simply called ‘The Insect Cookbook’ — was many interesting facts about edible bugs.

Insects for Eating
For instance, Mopane caterpillars are boiled and dried on the soil in Botswana, where their importance as a food source is reflected in their image appearing on a coin.  Locusts are very popular food, with recent plagues being celebrated as offerings at markets in Egypt to as far as Israel. Weaver ants are harvested in South East Asia by poking bamboo sticks into their nests and harvesting the disturbed insects into baskets; palm weevil larvae are harvested when their nibbling can be heard in the trunks of cut palms. They are delicious barbecued; so are dragonflies.

Only 5,000 species of insects — 0.1 per cent of all species – are harmful, but those species have generated the most attention while generating a negative attitude towards insects. Van Huis and his colleagues at the University of Wageningen in the Netherlands have made an inventory of edible insects totaling 1950 species, only a tiny percentage of the five million species in the world. In Mexico, 350 species have been recorded, but that number doesn’t reflect so much the frequency of eating insects, but more the activity of researchers studying entomophagy (the practice of eating insects).

Nutritional Benefits
One recent study has found that the black soldier fly can replace up to 50 per cent of a fishmeal ration; the same fly also contains enough fat to have the potential to be used as biofuel. Other insects with industrial feed potential include houseflies, termites, silkworms and grasshoppers. Can the housefly save the world? One kilogram of fly eggs turns into 380 kg of larvae in 72 hours.

Take the mealworm, for example. Unlike a cow, we can use the whole insect, not just particular body parts. Mealworm larvae are now used for human consumption, providing a similar protein content to beef but with more polyunsaturated fatty acids, more iron and more zinc.

And what if insects could be used prophylactically in poultry feed? Current research at the University of Wageningen is investigating the role of the insect exoskeleton to strengthen the immune system of poultry with the possibility of addressing the issue of antibiotic resistance.

Many insects can be ground and mixed with other products for human food. In a blind taste test, nine out of ten preferred a meatball made with half insect ‘meat’. Van Huis doesn’t suggest performing similar taste tests on unsuspecting friends though — often it is the emotional component of eating insects that may cause a violent reaction if they find out after-the-fact what they have eaten.

In some countries it is cultural acceptance that stands in the way of dining on insects; in others it is compliance with regulations that don’t yet recognize insects as food or feed.

In the Netherlands and Belgium, about 10 species of insects can be eaten while it is hoped that the European Union (EU) does not label the insects as a “novel food”, requiring further proof that they cause no harm. As of June 1, 2013, the EU has allowed the use of insects in aquaculture but fallout from the BSE crisis still blocks their inclusion in feed for poultry and pigs. Van Huis expects that this issue will be solved within two years with insect producers in Europe recently uniting to form pressure groups.

Farming Insects
Another problem is that insects are considered livestock. Just like you can’t slaughter your pig on your farm, insects also need to go to a slaughterhouse. Van Huis predicts that this issue will be addressed within a year. And even though the insect brain is considered too small to have a “pain centre” they still need to be humanely slaughtered, by hot water blanching, freezing or grinding, to respect animal welfare concerns.

Is rearing insects an efficient use of feed? Insects can be raised on safe waste products such as leftovers from vegetable processing, converting these sources to an interesting, high protein product. Van Huis compared the conversion ratio of 2.1 kg feed into edible product by crickets grown on commercial grains to 25 kg of feed for cattle, 9.5 kg for pigs and 4.5 kg for poultry, however current commercial production costs are high in comparison to these other protein sources; to be competitive, insect rearing will require automation and a greater knowledge of insect husbandry.

Of course there are some challenges and risks. Van Huis points to contamination as the highest potential risk of eating insects, pointing to the need for hygienic production procedures. There have been some isolated incidences of parasites, but cooking will decrease that risk. There may be some issues with allergies, and in that case food would have to be labeled so that consumers would be aware of any risks. On the production side, chemical contamination of insect feedstuffs can kill the insects before their time.

What about quarantine regulations? These need to be respected so that no insects that may cause potential harm to the economy or ecology will be imported. House crickets and mealworms are everywhere, but locusts are from the tropics and won’t survive a northern winter. There are 20,000 cricket farms in Thailand, huge insect factories in Mexico, and large cockroach companies in China.

Despite the challenges of cost of production, regulations and consumer attitudes, Van Huis sees insects as good future prospects for food and feed security. Insects are getting a lot of attention in the Netherlands from both research and private enterprise. Van Huis looks to be a leader, noting that developing countries seek to copy western lifestyles, and as far as he is concerned, if they see the Dutch eat insects they might just say, “Why not, [they] do it already?”