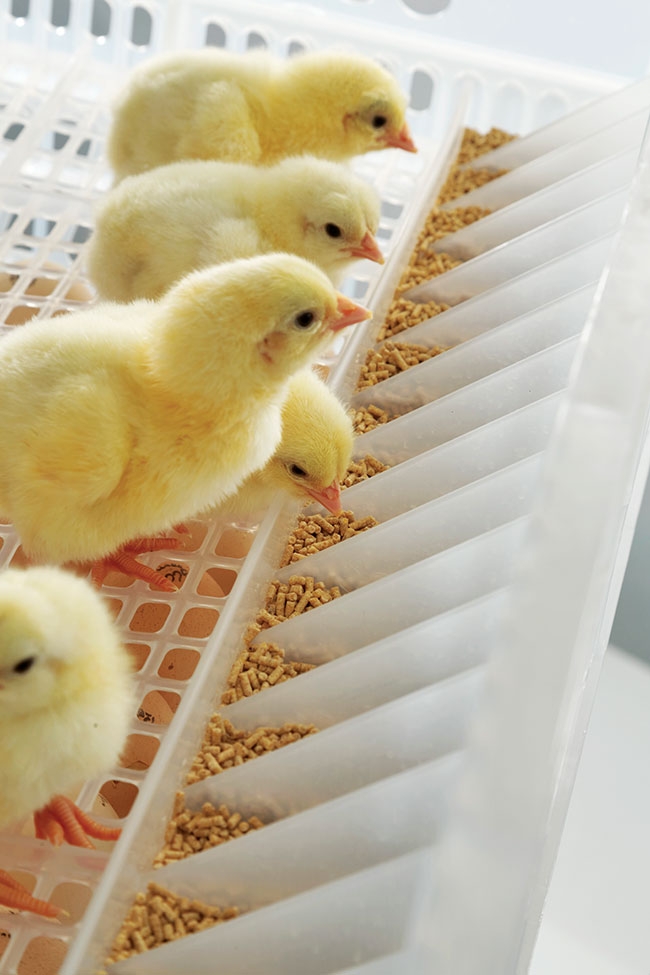 The hatchery uses the HatchCare system developed in Europe, where chicks access feed and water upon hatch. It’s thought to be ideal for RWA production.

Production
Trillium Hatchery was co-founded by a consortium of producers, including Doug Kaizer, Dave Brock and Murray Booy. It opened in November.

Equipment specs
The hatchery features the HatchCare system, whereby chicks are provided with tightly-controlled and ideal environmental conditions, along with access to feed and water upon hatch. Kaizer and the Synergy Group built Canada’s first HatchCare facility three years ago in Nova Scotia.

Innovation factor
“We’ve switched to a different LED fixture in Nova Scotia that provides better wearability, and these fixtures were the choice in constructing Trillium,” Kaiser notes. “Control of the chick environment is similar, but building heat is powered by propane in Nova Scotia instead of natural gas at Trillium, as natural gas is not available in Nova Scotia.” Boilers in both facilities heat water that runs through the incubators and hatchers. Booy says that tubes containing both warmer and colder water can be adjusted every few inches to maintain hatcher temperature. Ventilation is also very closely controlled in the incubators and hatchers. Sexing services are provided at Trillium but not in Nova Scotia. Exhaust is ported through the end walls with Trillium’s building ventilation system.

The hatchery uses the HatchCare system developed in Europe, where chicks access feed and water upon hatch. It’s thought to be ideal for RWA production.