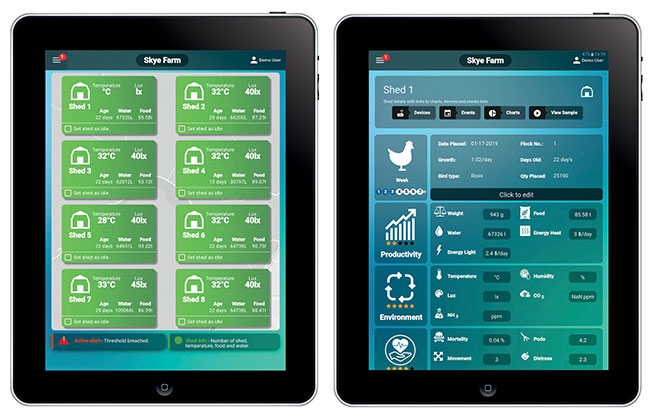 Founded in 2008, Greengage is a lighting company that designs LED lamps, power hubs and sensors for agricultural production.

Production
Founded in 2008, Greengage is a lighting company that designs LED lamps, power hubs and sensors for agricultural production. Later this year it expects to launch a new device called ALIS Chirpy.

Innovation factor
For chicks, the first week or so of growth and development is essential. “If you don’t get that initial growth stage right, the bird never really recovers,” says Greengage marketing manager Steven Mitchell. “If birds are stressed or depressed it can affect the emotional state of neighbouring birds,” he adds. “That basically means that they don’t meet the target weight and the general productivity of the bird is not as expected.” Using the sensor to identify stress at an early stage will enable farmers to make changes by adjusting temperature or lighting.

The web app will display alerts when the sensor detects distress.