Provinces continue to bridge the gap in different ways. 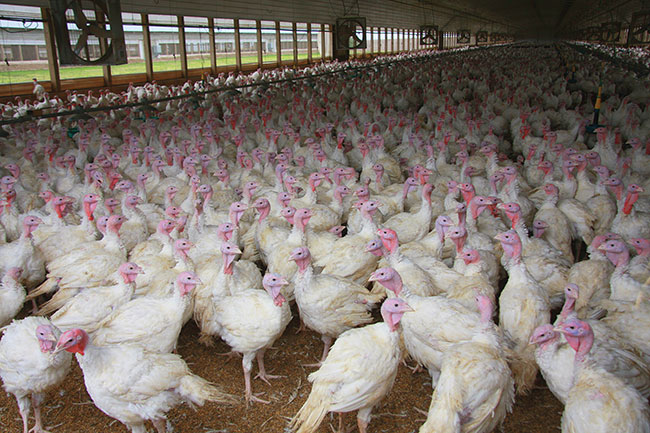 As is the case with many complex industry issues, how to best to ensure Canadian poultry producers are covered for all costs related to disease outbreaks is being sorted out over time – and with different approaches. Associations in Ontario, for example, have opted to move more swiftly and comprehensively, while those in other provinces are still deciding their next steps.

First, a quick review. Using avian influenza (AI) as an example, the Canadian Food Inspection Agency (CFIA) provides some compensation to producers in case of an outbreak, about 25 per cent of total losses for infected farms and none for quarantined farms. Producers must somehow pay for full market value for all birds destroyed, related costs such as cleaning and disinfection, lab and veterinary tests and all other costs related to the resumption of operations.

A few years ago, a group of poultry sector organizations successfully sought funding from the federal government to explore the issue. They included the organization in Quebec that oversees poultry disease control (EQCMA), insurance firms Canadian Egg Industry Reciprocal Alliance (CEIRA) and Poultry Insurance Exchange (PIE) and the Feather Board Command Centre (FBCC) in Ontario, an agency created by that province’s poultry boards to coordinate disease control.

They focused on how to cover the full costs in case of an AI outbreak. The group conducted an extensive analysis (including computer modelling) and producer consultation. They concluded that insurance premiums were available and affordable.

PIE general manager David Bethune says the plan to have all producers in Ontario insured was intended to allow, if so wished, the entire provincial poultry industry to speak with a united voice in addressing any proposed outbreak-related regulatory changes.

“In addition, having everyone together in the insurance pool allows for better results in terms of obtaining premiums and the terms of a policy,” he says. “For us, it seemed an advantage to have a cohesive group in order to provide the best results for all producers in the province. And if we protect all producers in terms of all outbreak costs, we protect egg prices and, therefore, we are ultimately also providing better service to Canadians.”

Bethune notes that every province and even every board can have different perspectives, and that these can be affected by regulatory change. “In Ontario, it was important from a long time ago that the whole industry be covered, and in Alberta, it was a few years ago that they sought salmonella coverage when it became a reportable disease,” he says. “It changes things for producers when a disease becomes reportable. There are added costs so you want to manage the risk of having to pay those costs.”

Another example involves the Hatching Egg Producers in Manitoba seeking coverage for expenses related to possible salmonella outbreaks, starting March 1, 2021. Bethune says the decision was preceded by two years of discussion, stemming from pressure to tighten up standards. “The regulatory environment has been making it more difficult for producers and so they need to ensure they protect themselves,” he explains. “No one enters into the decision to get insurance lightly. There are costs involved and so you need to be thoughtful.”

Bethune thinks a big factor in the discussions among the leaders of various provincial associations who do not yet have every producer insured is whether they accept the belief many experts hold that no further government assistance will be provided in the case of outbreaks.

“The government has made the industry aware that it’s not prepared to step in with any higher levels of assistance, so that leaves us to mitigate our own risks,” he says. “I’m not sure if all boards now in Ontario are insured in a cohesive way it will be a catalyst for change in other provinces, but I think it will at least spur discussions moving forward.”

Agriculture and Agri-Food Canada is providing about $559,000 to help TFO launch its insurance program within the bigger scheme. “This funding allows us to put affordable AI insurance in place for all our producers,” explains TFO chair Brian Ricker. “It’s a pool of money that’s required up front to start us off with the insurance, and this allows us to keep the yearly costs affordable, about a tenth and a half of a cent per kilogram per year. It is very much appreciated.”

Ricker adds that turkey is a smaller industry and turkeys are at higher risk of AI compared to broilers due to the longer time turkeys are in the barn. “So, the costs of AI insurance for turkey producers have been unaffordable up until now.

B.C.
In 2004, a wave of highly-pathogenic AI outbreaks occurred in B.C., and by 2010, the industry had started exploring insurance strategies to cover future outbreak costs. B.C. Chicken Marketing Board chair Harvey Sasaki explains that CEIRA provides insurance to the table egg sector in B.C., covering them for both salmonella and AI.

Sasaki adds that the strategy chosen by Ontario changes nothing in B.C. “The B.C. poultry and egg sectors have determined that the most important element of a foreign animal disease outbreak is the prompt ordered destruction of the infected flocks and commencement of cleaning and disinfection to enable timely recovery,” he says.

“Since the 2004 HPAI outbreaks, the infected premises have not had any issue with the CFIA compensation for birds ordered destroyed and are of the view that there is minimal-to-nil market value loss gap requiring insurance coverage.”