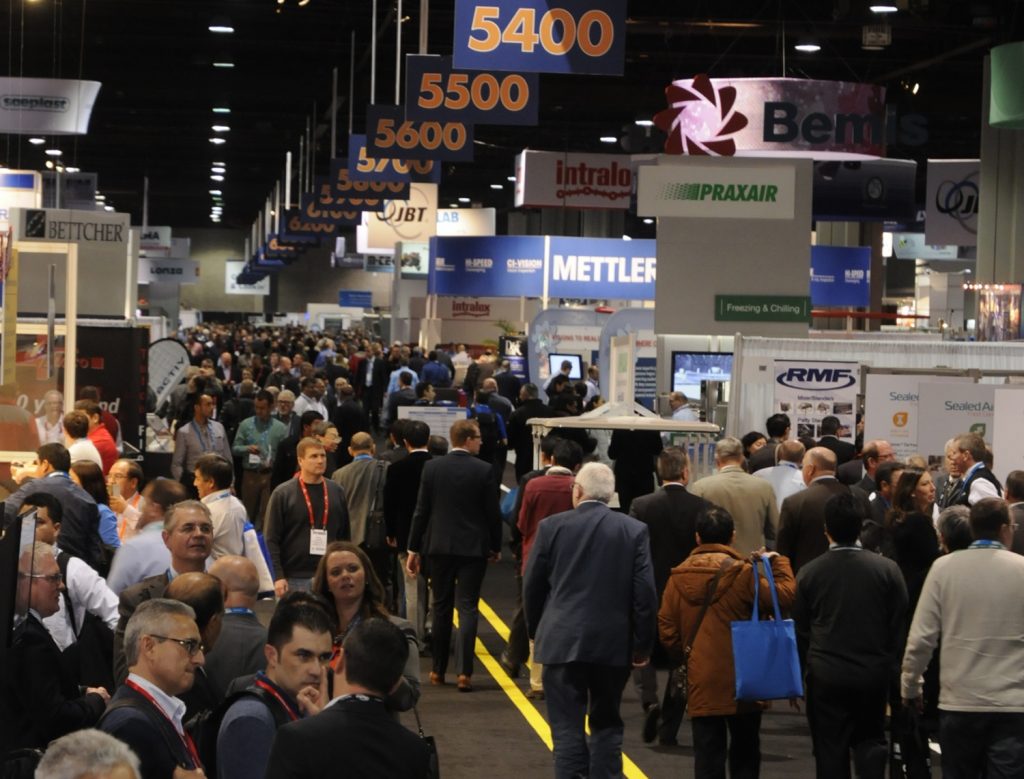 February 2, 2015 – The 2015 International Production & Processing Expo (IPPE) is the largest show on record with an estimated 30,000 poultry, meat and feed industry leader attendees from all over the world. In addition, the show had 1,288 exhibitors with more than 490,000 net square feet of exhibit space. Final numbers will be released after the registration database has been audited for duplications. Sponsored by the U.S. Poultry & Egg Association, American Feed Industry Association and North American Meat Institute, IPPE is the world’s largest annual poultry, meat and feed industry event of its kind.

“This year’s record-breaking size and attendance numbers are a testament to IPPE’s unparalleled education sessions, numerous networking opportunities and unique exhibits. The decision to consolidate three trade shows has produced an annual event that is greater than the sum of its parts,” the three organizations said. “The enthusiasm and energy displayed by this year’s attendees and exhibitors will only ensure the success and growth of future Expos.”

The central attraction was the large exhibit floor. Exhibitors demonstrated the latest innovations in equipment, supplies and services utilized by industry firms in the production and processing of meat, poultry, eggs and feed products. Numerous companies use the annual event to highlight their new products. All phases of the poultry, feed and meat industry were represented, from live production and processing to further processing and packaging.

The “largest-ever” education slate complemented the exhibits by keeping industry management informed on the latest issues and events. This year’s educational line-up featured 25 programs, ranging from a conference on antibiotic use in the meat and poultry industry, to a program on how to export feed and feed ingredients to the United States, to a technical seminar on maximizing the efficiency of the poultry industry conducted entirely in Spanish.

Other featured events included the International Poultry Scientific Forum, Pet Food Conference, Pork 101 Workshop, Tech XChange program, Meat Me in @LANTA activities and publisher-sponsored programs, all of which made the 2015 IPPE the foremost annual protein and feed event of the western hemisphere.