He looks for ways to expand the family operation, while working to educate consumers and grow domestic broiler sales at the board level By Treena Hein 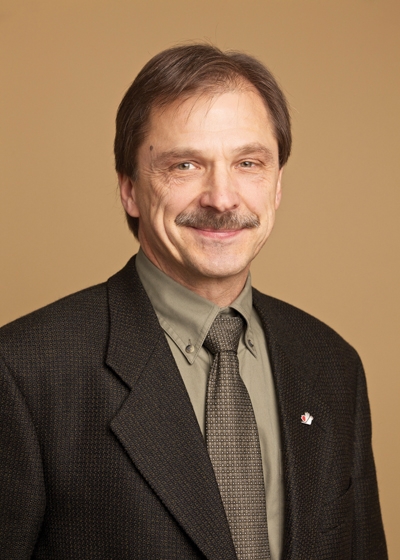 Jake Wiebe’s father started in the poultry business on the family farm in New Bothwell, Man., in 1952 with broilers, beginning a legacy that is being carried forward by the family today. “He sold started pullets as broiler markets fluctuated between boom and bust,” Wiebe remembers. “He sold broilers to small independent markets in Winnipeg, and pullets to small egg farmers all across the southern part of the province.”

This independent marketing resulted in the development of a live haul delivery business, which one of Jake’s brothers took over. “Growing up, I worked on the farm for my dad as needed and then I spent about three years driving truck for my brother,” recalls Wiebe. “Then I spent about 20 years driving truck part time for another of my brothers, hauling other agricultural commodities while also operating the farm in our early married years.” In all, four brothers got a start in broiler, pullet and egg farming.

Jake and his wife Lorraine bought the family farm in 1981 and now have broiler production of 450,000 kilograms per year (approximately 210,000 birds in three barns) and pullet production of 36,000 birds per year in one barn. They also grow cash crop soybeans and canola over about 400 acres.

“Our son Justin and our son-in-law Mark (daughter Jodie’s husband) help out as needed,” Wiebe says. “They have full-time off-farm employment, and manage the day-to-day operation when I am away on board business.” He and Lorraine are continuing to look for ways to expand the farming operation to allow both their children and their children’s families to earn their living from the farm.

Board involvement
Wiebe has served as a director with the Manitoba Chicken Producers since 1996 and currently serves as chair. “I have also served as a Chicken Farmers of Canada (CFC) alternate board member for three years and CFC director for two years,” he notes.

Eight years of Wiebe’s career have been spent on the Manitoba Farm Animal Council board and three years on the CFC Consumer Relations Committee at the national level. “This has given me a broader perspective of the industry and a greater appreciation for the effort that it takes to work together with the whole value chain,” Wiebe explains. “In Manitoba here, the chicken market is primarily a fresh market that is being served by two independent primary processors. Manitoba producers and processors have enjoyed a close value-chain relationship with each other.”

The main challenge Manitoba broiler producers continue to face, according to Wiebe, is how to grow the domestic market when there are too many ways to bring in foreign product. “We must allow 7.5 per cent of domestic production to come into the country duty-free through previous trade agreements,” he explains. “We can’t track how that product is being used. The issue that is really concerning is the growing amount of ‘spent hen product’ that is being imported and either blended or sold on the market as chicken.”

Wiebe says Agriculture Minister Ritz has pledged his support to rectify this issue. “It’s in the hands of the Import Working Group set up by Minister Ritz,” he says. “Of course, we think it should have been resolved long ago, but are glad that there appears to be movement to rectify this problem.”

Another issue of serious concern is differential growth in terms of how much quota is allocated to the provinces. “Some provinces’ share of chicken allocation is smaller than their share of the national population,” Wiebe notes. “When the last federal-provincial agreement on this was signed, there was no reference to population being a driver for differential growth. Manitoba is actively seeking a resolution to this concern for betterment of the whole industry.”

Wiebe has always enjoyed farming – both the work itself, as well as being able to directly share his appreciation for it. “I like working at the grassroots level of the food chain, starting with young chicks and watching them grow to market weight, putting seed in the ground and waiting for the one who causes it to germinate and grow, to bring it maturity,” he says.

“I also really like being able to work with my family and teach my grandchildren in ‘the classroom of the farm’ about the abundance we have been blessed with.”