Quebec-based company wins the Alizé of the Year. 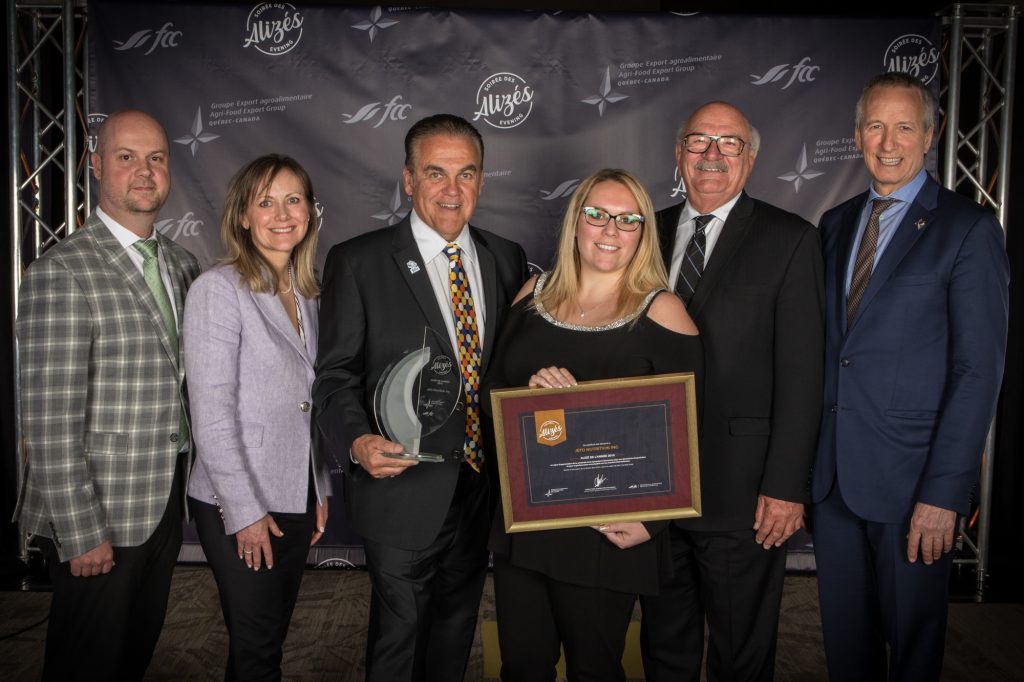 During the prestigious Alizés Evening, dedicated to the celebration of excellence in agri-food exports, the two winners who have distinguished themselves by their performance on international markets were unveiled.

Jefo Nutrition Inc., a global leader in high performance non-medicated nutritional solutions for animals, were winners of the grand prize, the Alizé of the Year, while the Jury’s Choice Alizé was awarded to Wendell Estate Honey Inc., a family-owned beekeeping company.

The Alizés Evening, held in conjunction with SIAL Canada 2019 at the Beanfield Center in Toronto on April 30, 2019, brought together more than 385 individuals from the agri-food sector.

Jefo was recognized for its dynamic nature and innovative growth strategies based on long-term trust relationships with its partners. The company markets its products in more than 50 countries through 10 subsidiaries around the world.

“The countless initiatives put in place by Jefo Nutrition Inc. to consolidate its international commercial actions, combined with investments to ensure the development and sharing of its knowledge base, deserved to be recognized and applauded,” said André A. Coutu, president and CEO of the Export Group, in a press release.

A family business, Jefo was created in 1982 and founded by Jean Fontaine, an agronomist by training.

Located in Saint-Hyacinthe, Que., the company’s mission is to improve animal health and increase human longevity by providing better sources of protein for the population.