Strategic reductions in pest populations can be achieved by understanding a pest’s life cycle. 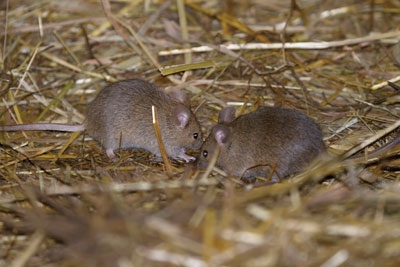 The fall season is not the time to decrease control methods for darkling beetles and rodents, say pest control experts.

Unfortunately for producers, poultry barns provide the perfect environment to allow insect and rodent pests to thrive.  Inside the barn, it’s like summer all year round, and food sources and hiding places are plentiful.

Insect and rodent pests are of obvious economic concern because not only can they cause structural damage to the barn, they harbour a multitude of bacteria, parasite and viral species that significantly affect poultry health and productive performance.  These include Salmonella sp., Marek’s disease, Newcastle Disease virus, avian influenza, Infectious Bursal Disease and Eimeria sp. and E.coli sp., just to name a few.

Although the barn environment remains relatively constant, the change in the outside temperature from season to season has an effect on the life cycle and behaviour of insect pests.  This can be very advantageous and provide producers with the opportunity for a strategic reduction of pest populations in the cooler months so that the populations are much easier to control in the more troublesome spring and summer months.

Rodents are in constant search of food, so it’s best to provide control in the form of a rodenticide.  Rodenticides are more advanced than ever before, and are designed with the understanding of what rodents like and how the chemicals contained with them work in a rodent’s body, says Van Walleghem.  However, the chemicals can be damaging to birds as well (and also require a withdrawal period if ingested) so rodenticides are best provided to birds in a bait station.

Location of the bait stations is key – they need to be placed where the rodents are moving in the barn. Rodents have poor eyesight and feel safest if they can be close to or touching a solid surface, such as a wall, says Van Walleghem.  They do have a very keen sense of smell however and to aid them and others in their travels, they urinate anywhere from 300 to 3000 microdroplets a night, he says. This is a tool that can be used – avoid washing bait stations so that they smell inviting to others.  If an entry point into the barn is found, Van Walleghem says it’s a good idea to spray the hole and the path to the hole with a solution of 10 per cent bleach before plugging it to confuse and scare rodents away.

The fall is a very important time to bait outside the barn as much as possible, says Van Walleghem.  At this time of the year rodents are looking to move indoors, so this will prevent as many as possible from finding their way in. Once winter does come, rodents that didn’t make their way into the barn are hibernating, but this does not mean that the  rodent control program within the barn should be abandoned. Rather, the fall is a key time to increase the intensity of the program, and then it should be maintained throughout the winter to decrease populations before spring, he says. “You need to get the population under control before springtime,” he says.  “Think of it as an investment in the spring; if you take care of your problem in the winter, you won’t have such a big fight with rodents inside and outside come the spring.”

The rodents that were in the barn already or made their way into the barn before winter are essentially “trapped,” as they can’t go outside, so the only source of food they have is what they can find in the barn. It’s also important to remember that populations can still exist even if you don’t see much activity because the environment of the barn is perfect for rodents, he says. “Mice don’t take a vacation.”

An area that is important to have bait stations as well is the attics, says Van Walleghem. Mice are great climbers and don’t need a water source because they can get enough water from food.

Insects
Cooler fall and winter temperatures may extend the life-cycle of insect pests and seemingly decrease their populations, it is not the time to reduce control methods, according to both Van Walleghem and James Skinner of Terregena Inc. On the contrary, it’s an optimal time to maintain control methods, particularly with respect to darkling beetles because it will help reduce the “explosion” that can occur in the spring.

“Why add to the problem in future if you can catch them in the meantime,” says Van Walleghem. “Fall and winter is not the time to stop treating.”

Beetle control needs to be a 12-month program, says Skinner. There is a misconception that insects die in the winter, he says.  Their growth may slow, but it doesn’t stop.

The biggest mistake that producers make is reducing, or eliminating, beetle control in the fall and winter months.  “It’s not as if they just go away,” he says.  They are still growing in the walls, cracks and crevices and when the brooders are turned on for a new flock and the temperature in the barn increases, “what beetles were there come out again.”

Both Skinner and Van Walleghem advise using a beetle control treatment between each flock year-round.

When applying a surface insecticide, “remember to apply up the walls as well as on the floor so that when the beetles are climbing to get into the walls to pupate, they absorb the poison.”

A biological control method can be applied both before flock placement and during growout, which can be beneficial for treating late-emerging larvae, further breaking the reproductive cycle, says Skinner.

The Resistance Question
James Arends, an entomologist with JABB of the Carolinas, Inc. has been studying this pest for 30 years. His research has shown that darkling beetles “accumulate” viruses and are an important vector for reintroducing disease from flock to flock. However, the beetle we are dealing with today (as well as other insects, particularly those affecting crops) is not the same beetle of the past, he says.

Arends says what we normally expect to see in an insect species is a set number of days from the time an egg is laid to larvae, pupation and adult emergence. On a graph, this appears as a steep bell curve, where the majority of beetles will complete the life cycle in the same amount of time.

Insecticide resistance has been observed around the world, but it does not explain the poor performance (i.e., not achieving the expected reduction in populations) that can sometimes occur, he says. He and other entomologists have discovered is that the beetles that didn’t “fit” into the bell curve explained above, which don’t make up a significant portion of a typical population, are now increasing in numbers. The reason for this can be explained in part by genetic modification, but Arends says it’s also due to “adaptive behaviour” modification.  Instead of having eggs that only take one week to hatch, he’s now seeing eggs hatching as late as six weeks after being laid. Emergence patterns have also lengthened, and this is happening in both cool and warm weather.

The biggest cause of this modification is that we are treating based on our schedule, and not on the bugs schedule, he says.  Ideally, treatment should occur when the beetles emerge, even if birds are in the barn.

To help mitigate resistance, if using insecticidal products, a rotation should be employed and it’s crucial to follow the label directions carefully for mixtures and application rates, says Van Walleghem.

Although it may take several flocks to achieve, the long-term goal is to reduce beetle populations and keep them as low as possible, he says.

Before implementing any type of pest control program, seek professional help from a qualified pest control company and follow product directions. It’s also important to confer with your processor and marketing board to ensure that you are meeting any guidelines set forth with respect to pest control and its relationship with biosecurity, disease and food safety protocols.