Listeriosis Report Released; Outbreak 'Preventable'
A report into last summer’s listeriosis outbreak has found a series of problems behind the crisis that claimed 22 lives. 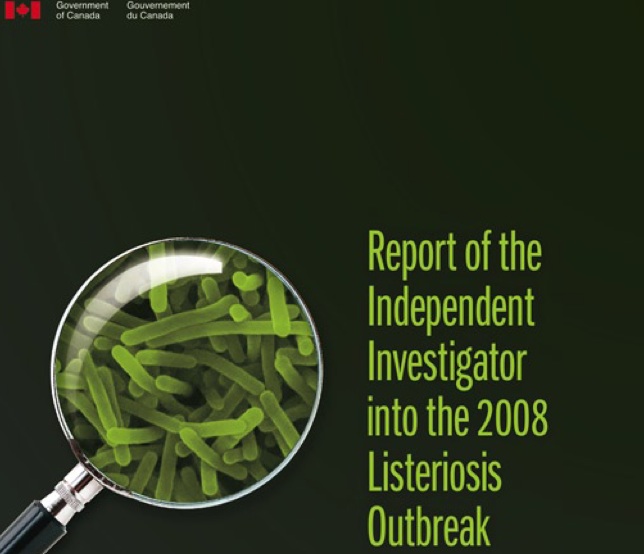 A report into last summer’s
listeriosis outbreak has found a series of problems behind the crisis
that claimed 22 lives, including a poor response by the federal
government.

Investigator Sheila Weatherill’s sweeping investigation, released Tuesday, found a confluence of events contributed to what was one of Canada’s worst food-borne illness outbreaks.

– Federal meat inspectors assigned to the Maple Leaf Foods plant in Toronto where the outbreak started were “stressed” over having to oversee several other meat-processing plants.

– Government officials were also slow off the mark in responding to the outbreak after it started last July.

– The team that assesses health risks within Health Canada was short-staffed over the summer, “leaving gaps in coverage during the response to the emergency.”

– The federal government was slow to communicate with the public and didn’t keep up those communications long enough.

– There wasn’t a single point person to deliver the government’s message, leading to “a fragmented approach and seemingly inconsistent message.”

The report makes 57 recommendations to help prevent another outbreak.

It says Canada’s chief public health officer should be given a greater role during outbreaks of food-borne illnesses.
Meat companies should also be required to tip the federal government to any suspected health threats. And plants that routinely test positive for bacteria or represent a higher risk should be tested more frequently than others.
The report also recommends that manufacturers design easy-to-clean meat-processing equipment that limits the spread of bacteria.

The report does not express findings of criminal or civil liability.

Weatherill’s team conducted more than 100 interviews and amassed some five million pages of information during a six-month probe, which was ordered by the federal government.

The full report is available at the following link: