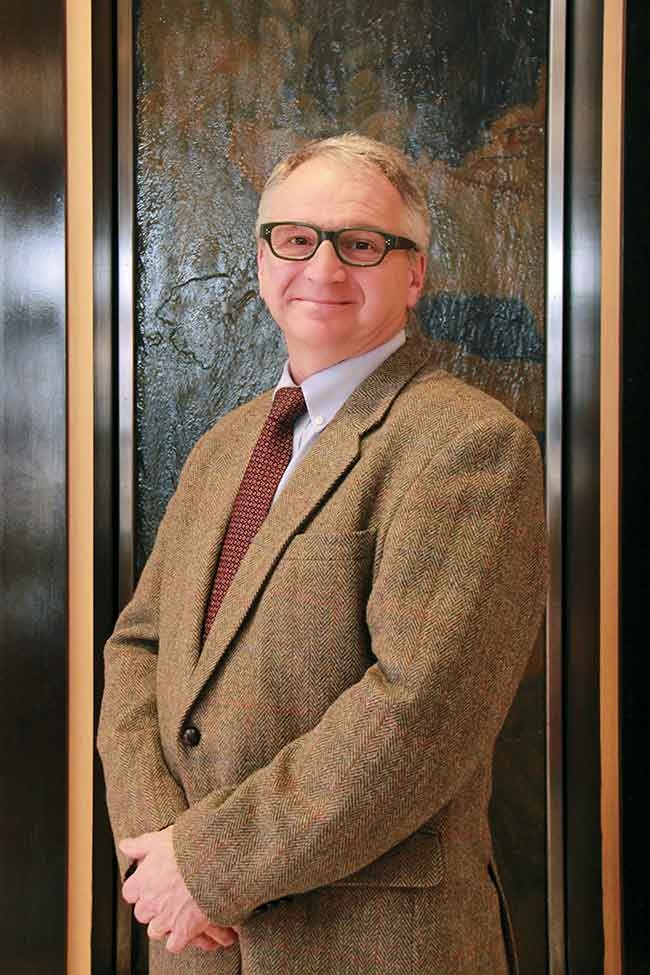 Tim Nelson was keen to create a reliable and “lightning fast” method to track people and vehicles during an emergency. After several years of work, the result is a revolutionary app known as Be Seen Be Safe

February 6th, 2004, British Columbia – the first Canadian avian influenza outbreak. By April 5, 2004, the Canadian Food Inspection Agency had ordered 19 million birds euthanized on many farms across the Fraser Valley. In the years to come – 2007, 2008, 2014 and 2015 – other Canadian outbreaks of this extremely contagious zoonotic disease (H5 and H7 types) followed.

Tracking the spread of such a disease is, to put it mildly, not easy. Anecdotally, during the late 2014 outbreak in B.C., it took 40 people three months to nail down who had visited which farms, the farms they had visited after that, who had been on those farms, where they had gone afterwards and so on. There was also the need to find out which vehicles had been used, because sometimes vehicles have multiple drivers.

There had to be a better way. Enter Tim Nelson, who at the time was working at the Poultry Industry Council. Nelson was keen to create a reliable and lightning fast method to track people and vehicles during an emergency, thereby efficiently preventing the spread of disease. But how? “We have visitor record books on each farm, but as we saw in B.C., it’s impossible to collate the information in them in any meaningful way, even if you had a lot of time,” Nelson notes. “You have to use technology. We looked into having the people and vehicles that visit farms getting RFID (Radio Frequency Identification) tags, but that would require every farm to have a $5000 RFID reader, and would rely on everyone using it all the time. Then we looked at tracking visitors through GPS on smartphones, but people don’t want their every movement tracked and I don’t blame them.”

The answer, Nelson thought, would be a system that still uses the GPS on smartphones and tablets, but one that’s only alerted when you visit a farm. That way, the privacy of a person’s other movements would be completely protected. Even better would be a system wherein an individual visitor’s or farm’s identity would only be accessed in an emergency.

At that point in time (2010), “geo-fencing” (mapping of the geographical boundary of a property using GPS) was already available, but only two companies in North America were doing it. Nelson approached one and began working with its staff to build a system that would not only store information on when users entered a geo-fenced farm tproperty, but a system that, in an emergency, could instantly cross-reference and analyze many movements, producing information that could immediately be acted on. This task took Nelson and several software engineers the better part of two years. “It seems simple, but it’s a complex database that has to analyze a large amount of data,” Nelson says. “Also, part of what took so long to build the app was that it had to be available on three platforms – BlackBerry, Androids and IOS.”

But finally, there it was. Something that could do, in moments, what took 40 people three months to do in B.C. last winter – and much, much more.

HOW IT WORKS
Anyone with the free “Be Seen Be Safe” app on their smartphone or tablet automatically triggers a signal the moment they enter a geo-fenced property. The farmer receives an immediate notification of who has come on-farm. In addition, anytime they like, farmers can check farm visitor records (basically, it’s their online visitor record book) from a secure personal login. The database stores farm visit information that includes visitor ID, contact number, previous farms visited (risk assessment level), time in and time out. The person who is visiting the farm property is “greeted” through the app with a welcome message. The identity of individual visitors and farms are not accessible except by system administrators, and only come into play in an emergency. Every data packet is encrypted.

In a disease outbreak (starting with a specific flagged farm), visitor information is analyzed according to given parameters and mapped to predict disease spread in real time. Things like wind direction, wind speed, temperature, humidity and so on are overlaid onto the map. To contain the outbreak, farmers and visitors receive immediate notifications by text message so they can implement enhanced biosecurity measures.

“The system is no more intrusive on user privacy than a farm visitor log book,” Nelson says. “Data on visits is permanently deleted after a year. There is no battery drain with the app, as it only runs for a split second when one’s device crosses a geo-fenced property, and the data exchanges are extremely small, so users won’t notice any usage increase.”

UP AND RUNNING
In 2014, Nelson tried the app out with about 100 people (company reps and other industry personnel) and by May 2015, he and his team had worked out the bugs. In October 2015, a two-year “Be Seen Be Safe”poultry project was launched, involving every producer belonging to Egg Farmers of Ontario, the Ontario Broiler Hatching Egg & Chick Commission and the Turkey Farmers of Ontario (almost 900 farms). These associations have paid the first two years’ cost for each farm for initial geo-fencing and monitoring, and 75 per cent of that cost is being reimbursed by a federal government grant through Growing Forward 2.

At this point, the geo-fencing is done, and each farmer in the project is receiving an email with the farm and its geo-fence marked on a map. Once the farmer validates the farm/geo-fence location and provides a few more details, such as other livestock present on the farm, things go “live.” Each farmer will receive two “Be Seen Be Safe” farm gate signs (or more, if required) to introduce the program, as well as informational packages to give to those who regularly or occasionally visit the farm. “Farmers can start accessing farm visit records online from day one,” says Nelson. “We are asking that all those who come on a farm and also visit other farms – such as egg collectors, vets, feed and pullet deliverers, catchers, vaccination crews and so on – to sign on, to download the app and if applicable, to talk to us about having their vehicle GPS information on the system.”

Nelson says the more service providers on the system, the more complete the network and the better the chance of preventing disease spread. “Be Seen Be Safe” is currently looking at modelling on-farm visitor movement in order to predict the movement of service providers who do not want to be part of the system. However, Nelson says, “I can’t understand anyone not wanting to be part of this. It’s free to service providers and suppliers and let’s face it, preventing disease spreading in agriculture is of huge benefit to everyone. We all earn a living from it.”

In the event of an outbreak, text message emergency alerts can be programmed to make a noise when they arrive on a device, thus alerting the user to look at his or her phone or tablet. Beyond that point, however, the system does not currently ask that emergency outbreak texts be responded to. This means the system – and the industry association system administrator in question – has no way of “knowing” that emergency alerts have been received and that people are acting accordingly. Nelson has thought about this, and is looking into how the system could facilitate follow-up.

FARM HEALTH MONITOR
Along with “Be Seen Be Safe,” Nelson and business partner Joel Sotomayor have developed “Farm Health Monitor” (FHM), which is available on a limited basis right now. Nelson calls it a social networking platform for diseases.

If symptoms or bird deaths are noted on a particular farm, the farmer can input this information into the system, which has mapping and analysis capability. If two or more farms within a given radius report similar information, a warning will be sent out to every related farm (poultry, for example) in that region, but as with “Be Seen Be Safe,” the identities of individual farms always stay protected. “The warning will prompt farmers to check their flocks carefully, keep a close eye over the next few days, and report if necessary,” Nelson says. “It’s a true early warning system. Poultry vets will also be alerted, and can also alert one another through the system.”

Nelson says he developed FHM because, catastrophic outbreaks aside, it’s very important in his opinion that producers have an efficient system for containing and managing production-limiting diseases. “We have no idea how much these types of diseases cost, how they spread,” he says. “They are not tracked at present. So, if we can get a handle on this and reduce the impact and perhaps prevent them from reaching more farms, that could save a lot of time, money and stress on birds and people.”

Related
Be Seen, Be Safe
Electronic “logbook” could nip animal disease outbreaks in the bud
New poultry production technologies: Are they boom or bust?
From the editor: April 2016
Editors’ Picks
Digital Edition