Company vows to implement newly unveiled commitments in major markets like Canada by 2024. 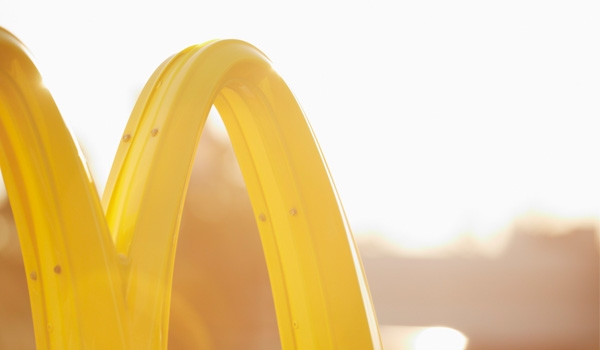 In a press release, the company vowed to fully implement eight commitments (see below) in several markets across the globe, including Canada, by 2024.

Its Canadian branch has already made progress on several of the pledges.

For instance, by the end of 2018, McDonald’s Canada will match the U.S. commitment of no antibiotics important to human medicine for its Canadian chicken.

Also by the end of 2018, all of the company’s Canadian chicken supply will be transitioned to the controlled atmospheric stunning method.

Improved Farm-Level Welfare Outcomes: Source chickens for the McDonald’s System that are raised with improved welfare outcomes. The company plans to set targets, measure performance and report on key farm-level welfare outcomes across its largest markets.

Innovative On-Farm Animal Health and Welfare Monitoring Technologies: Partner with technology companies, producers and suppliers to develop on-farm monitoring systems to automate the gathering of key animal health and welfare indicators, including behavioral measures. Once established, these technologies will highlight potential areas for improvement in real time and will be among the first of their kind available at a commercial scale.

Natural Behavior: Require chickens to be raised in housing environments that promote natural behaviors such as pecking, perching and dust-bathing. These behaviors are encouraged through enrichments, such as the provision of perches and pecking objects, access to floor litter 100 per cent of the time and providing a minimum of 20 lux light intensity during photoperiods, with a minimum of six hours of darkness (4 hours to be continuous) during a 24-hour time period, reflecting scientific evidence from poultry experts.

Commercial Trials on Production Inputs: Conduct commercial trials across select markets in partnership with its largest global chicken suppliers to study the effect that various production parameters have on key welfare outcomes within large-scale, commercial conditions. These trials will measure the effects of inputs such as lighting, stocking density (space allowance) and genetics. This will enable the company to identify best practices that support improved farm welfare outcomes in specific climates across the globe.

Stunning: In the U.S. and Canada, transition to sourcing chickens that have been stunned by the use of Controlled Atmospheric Stunning (CAS), a method that is approved by the U.S. Department of Agriculture (USDA) and the Canadian Food Inspection Agency (CFIA). CAS is currently practiced by many approved suppliers for McDonald’s restaurants in Europe and Australia.

Feasibility Study: Complete an assessment by the end of 2018 to measure the feasibility of extending these commitments to the remaining global markets where McDonald’s operates.