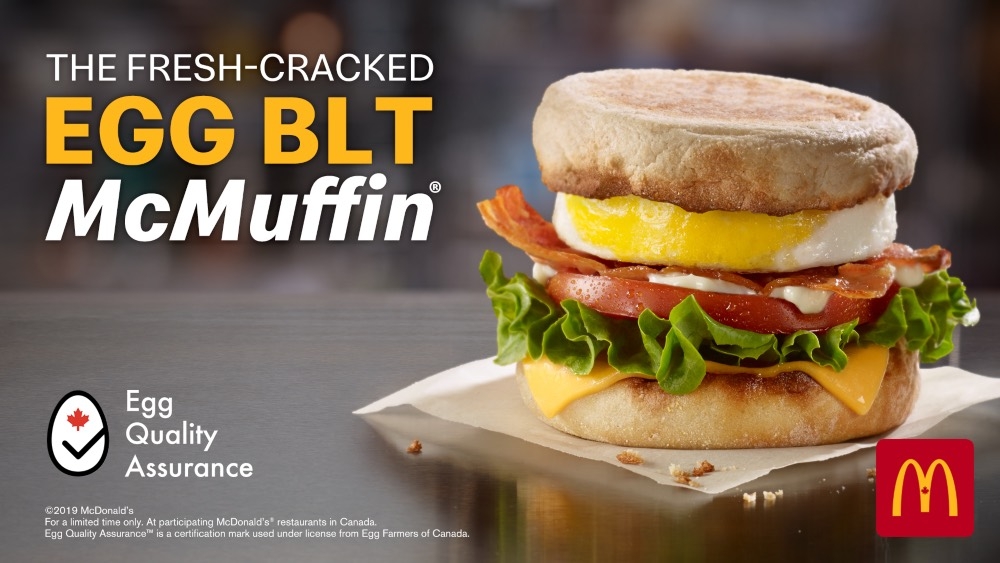 McDonald’s advertisements with the new EQA certification mark appearing on television, print and digital channels will run until the beginning of September. McDonald's Canada

It begins with the launch of the Egg Quality Assurance (EQA) certification mark on McDonald’s advertisements this summer for the freshly-cracked Canada Grade A large egg in their limited-time Egg BLT McMuffin sandwich.

The McDonald’s advertisements will be the first time that most Canadians see the new EQA certification mark, with it appearing on television, print and digital channels from today until the beginning of September.

“Those standards are upheld through our national programs that include inspections and third-party audits. We are pleased that McDonald’s Canada is displaying our EQA mark on their McMuffin sandwiches, showcasing their pride in Canadian eggs and the farmers that produce them.”

“We are committed to industry leading certification, and working with other leaders is at the core of our sourcing strategy,” says Rob Dick, supply chain officer, McDonald’s Canada.

“Our goal is to benefit Canadian consumers and food producers, and working with the Egg Farmers of Canada accomplishes exactly that.”