Mental Health in Poultry: The catalyst for change

Andria Jones-Bitton’s research paved the way for a growing focus on mental health in Canadian agriculture. 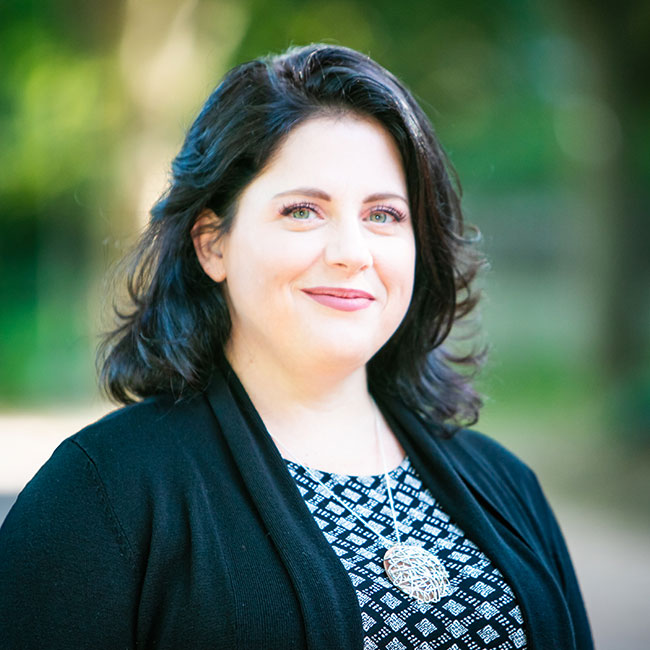 A groundbreaking multi-phase University of Guelph study by Andria Jones-Bitton was the catalyst for the growing attention being paid to mental health in Canadian agriculture. Now with the pandemic, poultry producers are facing unique pressures. PHOTO CREDIT: Karen Whylie

Canadian producers and their families have long known how stressful farming can be. There are weather challenges, market fluctuations, trade pressures and activist threats. They also contend with long hours, remote living and unpredictability. These factors combine to create a perfect environment for stress and anxiety to flourish.

And that was before the COVID-19 pandemic turned the world upside-down and added new levels of uncertainty and worry about health, jobs and finances.

Until recently, people in the agricultural sector seldomly spoke about mental health. To be fair, it hadn’t been discussed much in general society either. But, the perception of the silent, stoic farmer is one that runs deep in Canada’s farm community.

That all began to change about five years ago when a groundbreaking multi-phase University of Guelph study by Andria Jones-Bitton, director of wellness programming and associate professor at the Ontario Veterinary College and PhD student Briana Hagen threw open the barn door, so to speak, on the mental health of Canadian farmers.

It found that producers face higher levels of stress, anxiety and depression and a higher risk of burnout than the general Canadian population. They also have lower than average resilience levels. Approximately 45 per cent of farmer respondents had high stress, with almost 60 per cent and 35 per cent reporting some level of anxiety and depression, respectively.

Barriers preventing people from seeking help include: The need to keep up that traditional view of the “tough” and self-reliant farmer; perceived stigma; geographical, financial and time barriers to care; and not knowing what supports are available.

New research
A second Canadian study released earlier this year has reinforced the findings of high levels of stress in Canada’s agricultural sector.

Unpredictable interference, workload pressures, lack of time and financial challenges are the source of moderate to high stress for three out of four Canadian farmers, according to the Healthy Minds, Healthy Farms report conducted for Farm Management Canada (FMC).

The study also found that women are more likely than men to report high stress, and that farmers under 40 show signs of higher stress and are generally less effective at coping with stress.

Approximately 1,700 farmers across Canada were surveyed, interviewed and focus-grouped between October 2019 and March 2020, wrapping up just before COVID-19 disrupted Canadian life.

“Mental health is definitely an issue in agriculture and producers are really struggling – we know that already,” FMC project manager Denise Rollin says. “So, we wanted to know what are the things that can help them.”

The study shows a positive link between mental health and farm business management, with 88 per cent of respondents with written business plans reporting this has contributed to their peace of mind.

“We know the importance of business management practices,” Rollin adds. “There are things here that can help people with decision-making through crazy unknowns, which has the added value of helping with mental health.”

According to Hagen, the study also showed that farmers need mental health services and providers who understand agriculture in order to best serve farming communities.

It has also led to the development of the “In the Know” mental health literacy training program that Jones-Bitton anticipates will begin rolling out across Canada later this year.

The Do More Agriculture Foundation has also developed a half-day workshop for mental health in agriculture. It began as a pilot program last fall and is now more widely available, albeit now in an online format due to COVID-19.

Pandemic-related stress
The pandemic has brought new types of stressors and higher stress levels for all Canadians. The farming community is feeling the impacts too, even as food production was deemed an essential service while many other sectors of the economy were forced to shut down to contain the spread of the virus.

Meat processing plants were rocked by outbreaks early on in the pandemic, causing shutdowns and capacity reductions.

More recently, horticulture farms, especially in Ontario and B.C., are struggling with infections in their seasonal workers.

The pandemic’s impacts are far from universal, though, notes Do More Ag’s executive director Adelle Stewart, with experiences varying across farms, sectors and geographic regions.

“Across the board, when we talk to people about what producers are experiencing in terms of stress, it varies, and we’re seeing the same thing happening with the pandemic,” Stewart says. “Agriculture is unpredictable at the best of times, and we see that continuing with COVID.”

For some farmers, this year has been great, as family members were home from school or off-farm jobs to help with spring planting. Whereas livestock farmers, for example, are facing extra hardships due to loss of markets and processing bottlenecks.

The poultry sector has had to deal with a particular type of stress – having to depopulate birds because of processing capacity limitations due to the pandemic. According to Al Dam, poultry specialist with the Ontario Ministry of Agriculture, Food and Rural Affairs, about one million birds – end-of-lay hens and broiler breeders – have had to be depopulated on-farm in Ontario since the end of March.

He’s often the go-to for producers and industry during crisis situations, putting him on the frontlines of this spring’s can’t-ship scenarios, the 2015 avian influenza outbreak or the 2008 Pigeon King crisis that resulted in a widespread cull of pigeons in Ontario.

“Farmers are stressed, trying to deal with all these issues that they have never thought of before,” he says. “Stress takes a toll on everybody and if you’re trying to provide support, it takes a huge toll on you also.”

He is currently spearheading development of an emergency response manual for poultry producers to help better prepare the industry for the unexpected. He’s also been advising Jones-Bitton and Hagen on poultry-related aspects of their mental health work.

The Do More Ag Foundation has compiled a list of videos, resources and support services by province on its website, and is focused on increasing its capacity to help producers in need.

“Prevention is always number one regardless of the layers of complexity, but that is easier said than done,” Stewart says. “Prevention and awareness are key. Have a conversation about the stress, the isolation or the troubles, whether they’re financial or workers.”

The pandemic has increased demands on time or resources for many on top of regular stressors, which Jones-Bitton says makes it easy for people to feel like they “aren’t enough”. It’s important for those who are struggling to reach out for help and to go back to basics like fresh air and exercise, nutritious food, adequate sleep, and connecting with others in physically distant ways, she says.

“Our pressures will feel even heavier if we don’t attend to these core basics and it is important that we remember that by trying the best we can do on any particular day – and this will vary! – we are enough,” she advises.

Farmer mental health in Canada by the numbers
The following are some key facts and figures from Farm Management Canada’s Healthy Minds, Healthy Farms report.