May 18, 2012
By Sandra Avant United States Department of Agriculture

May 18, 2012By Sandra Avant United States Department of Agriculture 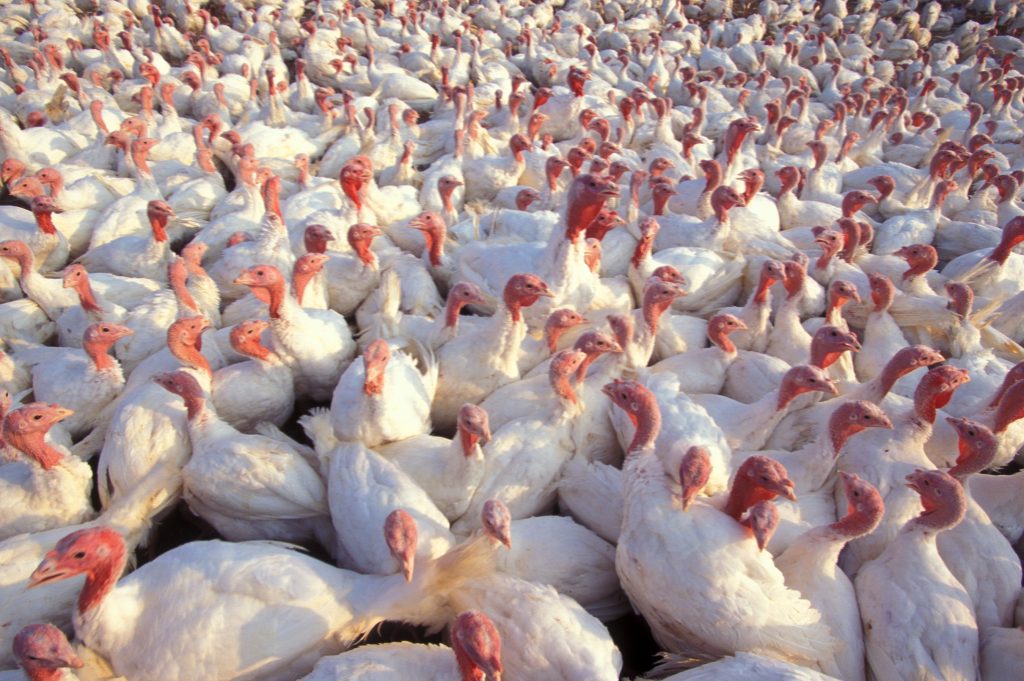 A new virus in turkeys could be used as an alternative to antibiotic treatment in poultry. Scott Bauer, USDA

May 18, 2012 – Less than 10 years ago, the world marveled at the completion of the human genome project, which involved traditional technology to identify all the genes in a single organism—the human. Today, a more powerful technology is being used to detect thousands of organisms in an entire community.

Unlike traditional gene sequencing, the new molecular technique—metagenomics—eliminates the need to cultivate and isolate individual microbial species. Scientists can apply genomic analysis to mixed communities of microbes instead of to just one organism.

For example, researchers examining viral enteric (intestinal) diseases in poultry can take intestinal samples from different poultry flocks. The material can be processed to sequence all the viral nucleic acid—RNA and DNA—in the sample and then analyzed as a single genome.

In studies of intestinal samples from turkeys with enteric diseases, ARS scientists have discovered a new virus that may have future antimicrobial applications.

Research has revealed that several viruses may be responsible for enteric diseases, yet a single causative agent has not been identified. Metagenomics research may help solve that mystery.

Scientists at SEPRL are using metagenomics to uncover vast amounts of known and previously unknown viruses in poultry. They have discovered and sequenced the complete genome of a new bacteriophage (phage) that might have future antimicrobial applications, described for the first time the complete genome of new chicken and turkey parvoviruses, and developed a PCR (polymerase chain reaction) test to detect these novel parvoviruses in commercial poultry flocks.

With help from industry producers and veterinarians, microbiologist Michael Day and research leader Laszlo Zsak, in SEPRL’s Endemic Poultry Viral Diseases Research Unit, collected intestinal samples from five different turkey flocks affected by enteric disease. To identify and characterize viruses using metagenomics, they prepared intestinal homogenates from the samples. The homogenates were filtered to remove larger constituents, like bacteria, and leave the smaller particles, like viruses. Metagenomics techniques were then used to sequence nucleic acid of all the RNA viruses present in the samples.

“I was expecting to find RNA sequences from viruses that had not been described before in the poultry gut,” Day says. “It turned out that there were quite a number of viruses in that particular sample.”

A comparison to similar viruses in computer databases showed that the intestinal virus metagenome contained thousands of pieces of nucleic acid representing many groups of known and unknown turkey viruses. Common avian viruses such as astrovirus, reovirus, and rotavirus were confirmed. Many RNA viruses, like members of the Picornaviridae family, were also detected.

An unexpected discovery was an abundance of previously unknown turkey viruses, such as picobirnavirus, a small, double-stranded RNA virus implicated in enteric disease in other agricultural animals, Day says. A calicivirus—the kind associated with human enteric diseases—was also identified in poultry.

Prospects of a Novel Phage

“Because metagenomics is so powerful, we generated and continued to analyze additional data from these samples and discovered a new bacteriophage,” Zsak says. “Until now, no one had described this kind of phage in turkey enteric samples.”

The virus, called “phiCA82,” belongs to a group known as “microphages” and is the type of virus that naturally kills bacteria, Zsak says. Phages are important because they can potentially be used as alternatives to antibiotics and as weapons against multi-drug-resistant pathogens.

Zsak and Day found a short sequence of the phage DNA and designed a technique to sequence its entire genome. Colleagues Brian Oakley and Bruce Seal, both microbiologists in the Poultry Microbiological Safety Research Unit of the ARS Richard B. Russell Agricultural Research Center, also in Athens, helped analyze the data. One task was to find out whether the new phage was related to similar viruses.

“That’s a question you would have with the discovery of any new kind of organism,” Oakley says.

Oakley downloaded all publicly available viral genome sequences and used bioinformatics—the application of computer science and information technology to the field of biology—to compare the newly discovered genome to previously discovered ones. The comparisons revealed that the new genome was unique.

“Future studies need to be completed to find out if phages like this actually kill the bacteria they infect,” Zsak says. “Once we can identify this mechanism, we can design identical ways to attack and kill these pathogens.”

Phages infect bacteria and then replicate, Seal explains. They do this by digesting the cell walls of bacteria.

“We are interested in being able to clone the gene that expresses enzymes that digest the cell wall,” Seal says. “If we can express those enzymes in an organism generally recognized as safe, like yeast for example, we can put them in feed to help reduce certain types of bacteria that cause disease.”

Chipping Away at Chicken Viruses

In earlier studies, Zsak and Day used metagenomics to identify and analyze the genome of a novel chicken parvovirus, ChPV ABU-P1.

“This was the first in-depth characterization and analysis of the full-length genome sequence of the chicken parvovirus,” Day says. “Comparisons were made to other members of the Parvovirinae subfamily that infect mammals and birds.”

Scientists also developed a PCR assay to detect the virus in turkeys and chickens and used the test to examine enteric samples collected from U.S. commercial turkey and chicken flocks across different regions.

“PCR proved to be highly sensitive and specific in detecting parvoviruses in both clinical samples from infected birds and field samples from turkeys and chickens with enteric diseases,” Zsak says.

Advantages of a Community Approach

The beauty of metagenomics is that viruses do not have to be isolated or identified. Small pieces of nucleic acid can be sequenced from samples taken from mixed communities—a process that allows scientists to discover new enzymes and proteins and look for genetic markers for disease-resistant traits or genes with possible antimicrobial applications.

“We need some way to understand a community and interrogate the nucleic acids in that community to see who’s there and what they’re doing,” Oakley says. “Are there pathogenic bugs in there? Are there genes associated with pathogenesis? Metagenomics does that.”—By Sandra Avant, Agricultural Research Service Information Staff.