Mike Petrik aka “The Chicken Vet” has gained a loyal following among the chicken-keeping public and industry. 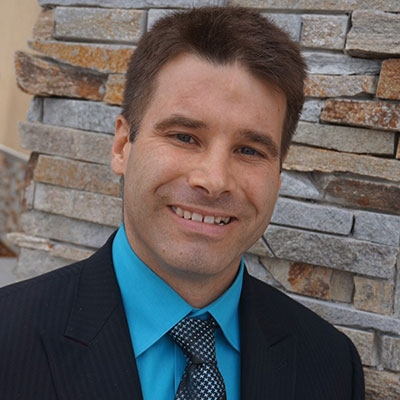 Mike Petrik aka “The Chicken Vet” has gained a loyal following among the chicken-keeping public and industry.

Many in the poultry industry know of “Mike the Chicken Vet” and some have had the good fortune to work with him.  As a practical scientist blessed with the ability to communicate, Mike Petrik is special. And his commitment to all things poultry makes him even more so.

A 1998 Ontario Veterinary College grad, Mike has made laying hens his specialty. As Director of Technical Services for McKinley Hatchery he has used his expertise and experience to advance the poultry industry for nearly 15 years. And his natural ability to explain technical details and controversial issues in an engaging and credible way has gained him a loyal following among the chicken-keeping public.

Mike has acted as a poultry industry spokesman, advocate, technical expert, and mentor and now he will be running a new animal care initiative launched by Farm and Food Care. We wanted to catch up with him to find out why he does what he does and how he sees his efforts as helping Canada’s  farmers.

Mike says he chose to specialize in laying hens because he comes from a mixed poultry farm and that is his comfort zone of familiarity. As well, he adds, thanks to the investment made by the sector there is much less guesswork in working with poultry than in other sectors so there is greater chance to make a difference.   “Because there has been so much research done on poultry,” he explains “there is so much more known about them. So when you are doing treatments or investigating problems there is a lot more detail to rely on and a lot more finesse that can be used.”

His interest in poultry welfare goes back to his days as a vet student and is an area he has worked in over the years even without the credentials. Having served on the scientific committees for both the Poultry-Layer Code of Practice and the Code for Chickens, Turkeys and Breeders as well as becoming the unofficial welfare lead for the Ontario Association of Poultry Practitioners; he has also worked with the Poultry Industry Council and Egg Farmers of Ontario in what he describes as a “fascinating” line of work.  “So I finally decided to go back and get a formal education in it and get some credentials behind my name.” In 2013, he graduated from the University of Guelph with a Master’s degree in animal welfare. Now, in addition to serving on the Layer Code of Practice implementation committee, he is embarking on leading a new and unique program designed for farm animals.

“It’s pretty exciting, it’s different than anything else I’ve ever worked on,” he says in describing this new initiative. Still in its conception stage, Mike explains that the idea of the program is to improve animal welfare on the farm, and that the target audience is going to be the animals.  Philosophically, he says, the vision is very much similar to the Environmental Farm Plan; one that provides farmers with information and ideas they can take back and apply on their own farms.  “I see the program as being very practical, very hands-on and that will have immediate results for the animals,” he says.

Once it is launched in late 2014 or early 2015, the IMPACT Program, which stands for Innovative Methods and Practical Animal Care Training Program, will be available for all commodities not just poultry and will also extend to allied farm sectors such as auction barns and truckers.

But Mike is quick to point out that it will not replace existing programs already in place for the different segments of the industry. It is an extension program to be delivered by industry members, he explains.   “And it will not be a certification or auditing program,” he adds, although it will compliment such existing programs by incorporating the best practices contained in these programs and that are already out there.   He also says that it will not use a “one size fits all” approach but rather the program will be tailored to the different needs and abilities of the different livestock and poultry sectors and even down to the individual types of farming operations.  Although the program will be created with the input and involvement of a cross representation of stakeholders, it is about the animals.  “I am much more interested in having this program improve the welfare of the animals than improve the appearance of the welfare of the animals,” he says.

Development of the program is being funded under the federal government’s Growing Forward 2 program and through the Ontario Ministry of Agriculture and Food because, as Mike explains, animal welfare is a top issue throughout the food supply chain.  “Animal welfare is the number one pressure,” he believes, “and the number one change that is happening is an awareness of and an adaption to animal welfare practices,” he says.

“Now every farmer is talking and thinking about animal welfare, every supplier is wanting to prove that they have good animal welfare programs and every purchaser is wanting to purchase their products from an ethical production source.” He says that because everyone has this front of mind, “we need to keep doing the best we can so we can keep our customers satisfied that we are doing the best job we know how to do.”

Mike is also gaining world recognition through his blog “Mike the Poultry Vet.” Begun in 2011 at the suggestion of Egg Farmers of Ontario, the blog celebrated its 100,000th view this past spring.

According to Mike the idea came about through his work with EFO around municipal bylaws on backyard flocks and the realization that both city people and rural people know little or nothing about where their eggs come from. The blog was created as a public outreach to those who raise backyard flocks and don’t have the knowledge to take proper care of their flocks but it also serves as an education tool for learning about modern agriculture and modern chickens.  Using his hockey playing nickname, the blog is specific to laying hens and egg production although Mike believes it is a model that can be applied to any type of food production. “The blog reaches people who will never read a poultry publication and will never see the inside of a modern poultry barn but who are very interested in egg production,” he says.

And his expertise and advice is getting worldwide attention. As Mike tells it he gets some “very interesting” enquiries. One included a Huffington Post reporter who found Mike the Poultry Vet on the Internet and contacted him to verify that a case of a California lady who paid $2,800 for surgery on her hen was not a hoax.  He was able to confirm the medical condition really does exist but also used the opportunity to explain that most backyard flock owners and certainly all commercial farms would not invest that sum of money to perform a very high risk surgery for a very rare condition. To the best of his knowledge the hen survived the surgery and his explanation of why this would never happen in the food producing world made it into the news report.

These kinds of cases are something that vets are facing more and more these days so his advice to future poultry vets is to begin with hands-on experience: “If you want to work in the poultry industry in Canada, I think it would be more important to work on a chicken farm than it is to work for a chicken vet.”  It is his opinion that having the insight into the day-to-day operations of a barn and what the pressures are on the farmer, the things that are driving the decisions on the farm and the way things are actually done is a huge advantage in a poultry practice. “Having grown up on a poultry farm I understand why things are done the way they are, so if I am going to make a recommendation on some kind of change on the farm I can factor in the practicality of making a change.”

The most significant change that Mike has seen since a youth growing up on his family farm is the growing number of balls that farmers need to juggle these days in making basic decisions. “Today’s decisions are much longer term and broader and not just about what makes economic sense anymore,” he says. Farmers have to factor in many more considerations in operating their businesses. “For instance, now farmers building a new barn have to take into account not only production issues such as feed conversions and return on investment but also environmental issues, welfare issues, antibiotic-residue issues, and public relations issues,” he says.

He also doesn’t hold ill feelings towards the opinions held by some of today’s public. He suggests that “the biggest problem we face right now with criticisms from the public has to do with public ignorance about how we farm and the things that we do.”  It is his opinion that industry critics are generally good people with good intentions even if they are impractical or misplaced in the real world, adding, “the fact that activists are ignorant about food production doesn’t make them bad it just makes them wrong.”

He argues that the industry is mostly to blame: “we haven’t explained our end of the chain very well and we don’t let people know what it is that we do.” It has been his experience that when you take people through a barn and tell them what you are doing and why, they are comfortable with it.  “The way we raise animals here in Ontario is very justifiable and very acceptable to people—once they understand. I think that will be the big challenge for the next 10 to 20 year; explaining that we do things for very good reasons and that the animals’ wellbeing is always first and foremost in our minds.”

Mike also firmly believes that consumers need to know the implications and the real consequences of their choices.

“Cages or sow stalls, for example, were developed for good animal welfare reasons and it is important that consumers understand the implications for the things they ask for.” He believes that most people who want cages and pens removed from today’s food production systems have no idea what that really means for the animals.  Recognizing that farmers will produce whatever the consumer demands, he cautions that “we need to make sure that we don’t give customers something that will be detrimental to the animals.”

Mike says he is in an enviable position. He says he wouldn’t be able to do what he does if it weren’t for the backing he gets from McKinley’s. “Without their support and generosity I wouldn’t be able to do all these side projects.”  It is all in keeping with the company’s progressive and forward thinking attitude, according to Mike. “Whether through their active contributions to organizations such as CPEPC and the Hatcheries Association or allowing me to make my own contributions, it is all because these things help the egg industry.”