An overview of the current disease landscape in an evolving industry. 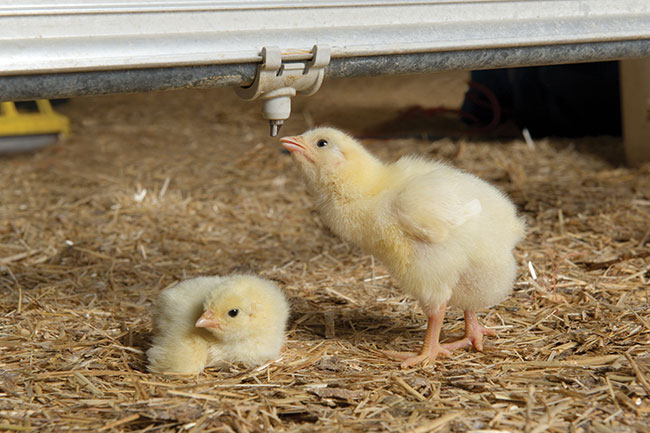 It’s time once again for Canadian Poultry’s annual national disease update. For this we turn to presentations given at the recent Poultry Service Industry Workshop in Banff, Alta. In October, Dr. Frank Marshall of Marshall Swine and Poultry in Camrose, Alta., presented a western overview and Dr. Jess Walkey of Joyce Veterinary Services in Hillsburgh, Ont., delivered the eastern update. They combined their personal observations with information from other veterinarians and colleagues in the industry.

In their reports, Marshall and Walkey outlined what’s stabilized, what’s sprung up and what will likely be the biggest issues for each bird type in 2020. This comes as the industry continues to phase out health-protecting antibiotics in broilers while phasing in alternative housing systems in layers. Disease threats are particularly important in broilers, as the growth of raised without antibiotics (RWA) production forces industry stakeholders to search for good alternatives to antibiotics and adjust production practices. Here is a summary of their reports, with added commentary.

IBV continued to be a challenge throughout the summer months in Ontario, with the Delmarva (DMV) strain being the most commonly serotyped in both Ontario and Quebec. E. coli was the most common pathogen isolated across eastern Ontario, causing early chick mortality (omphalitis, yolk sacculitis), purulent arthritis, pericarditis, perihepatitis and air sacculitis.

Walkey notes that Ontario is seeing a significant increase in cases of proventriculitis, proventricular ductal dilation and pendulous crops in broilers. These pathologies can cause feed regurgitation, lower feed efficiency, increased condemnations, immunosuppression and spikes in mortality.

While the cause is unconfirmed, experts suspect transmissible viral proventriculitis (TVP, caused by the chicken proventricular necrosis virus) in some of these cases. Walkey reports that the Animal Health Lab at the University of Guelph isolated TVP in three cases earlier this year. Further testing is required to determine the significance and prevalence of TVP in eastern Canada flocks.

Across the broiler industry in Canada’s western provinces, Marshall notes issues with chick quality. This has caused him and others to question whether high rates of first-week mortality might become the new norm. Broiler chicks from B.C. to Manitoba are suffering from omphalitis, yolk sac infection (typically involving E. coli pathotypes) and dehydration.

“There were also some cases of ascites still present, especially in the spring, but reduced compared to the years before,” Marshall reports. “NE is a factor from 17 to 28 days, with and without coccidiosis in RWA systems and with use of antibiotics.”

In both conventional and RWA flocks as well as small flocks, Marshall adds, there is some IBH and reovirus “still smoldering” in western Canada with large mortalities in Manitoba. That said, overall these diseases have decreased compared to years past. There was also some broiler mortality in western Canada due to culling for welfare reasons and stunting. Other broiler diseases seen this year in the west include colibacillosis, E. coli pathotypes, pericarditis, polyserositis and air-sacculitis and woody breast in some Alberta flocks.

Broiler breeders
In Atlantic Canada, Quebec and Ontario, coccidiosis, Staphylococcus, E. cecorum and salmonellosis were present this year, with some infectious laryngotracheitis (ILT) in Quebec and colibacillosis, IBV and NE in Ontario. In the west, some omphalitis and yolk sac infections were present in broiler breeders, as well as colibacillosis and cocci-vaccine failure, resulting in staph arthritis/osteomyelitis. There are also ongoing recent infections of ILT in B.C., as well as some salmonellosis and intussusception in B.C. and Alberta.

Turkeys
Some colibacillosis, histomoniasis (blackhead) and Salinomycin toxicity was observed this year in Maritimes turkey flocks. In Quebec and Ontario, there was also colibacillosis, coccidiosis, salmonellosis and NE. Across all western provinces, as with broilers in 2019, there were high first-week mortality rates in turkey flocks due to omphalitis, yolk sac infections, ascites, dehydration and brooding management struggles.

Some cases of NE with and without coccidiosis, aspergillosis mycotic pneumonia and colibacillosis were present as well. “There was also some lameness due to short shanks and chondrodystrophy, which could progress into tibial dyschondroplasia and Cowboy-legs,” Marshall says. “Blackhead was present in commercial flocks with dirt floors and also in some small flocks in B.C.” 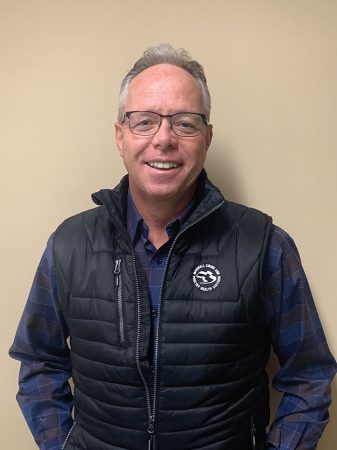 There was also some fatty liver hemorrhagic syndrome and cannibalism in layer flocks across the west. ILT is a concern in backyard flocks across all the western provinces, Marshall says, and is also present to some extent in commercial flocks in B.C., similar to last year’s rates. “It’s now standard to use a tissue culture origin (TCO) vaccine, administered as an eye drop to each chicken,” Marshall says.

“Chick embryo origin (CEO) vaccine is strongly not recommended because this vaccine virus can revert to virulence and cause severe disease in vaccinated and unvaccinated birds, and is believed to be responsible for a lot of the outbreaks of ILT in commercial flocks in B.C. It’s been a historical problem in the Fraser Valley, where there is intensive poultry production. If it’s been diagnosed in a backyard flock, the flock must be quarantined, vaccinated and monitored.”

Indeed, growing numbers of small layer flocks are leading to challenges for disease control across western Canada, he says. “Owners of these flocks used to get antibiotics to treat whatever they thought their flocks were suffering from, but things have changed with the requirement for them to have a vet-client relationship like commercial producers do,” he explains. “As mentioned, ILT is endemic and small flock owners also don’t tend to vaccinate for Marek’s disease.”

Marshall adds that the commercial poultry industry has a lot of checks and balances in place to ensure food safety but some people who want backyard flocks don’t perceive this. They think their own backyard flock is safer. “So, there is education to do,” Marshall explains, “but there will always be some backyard flocks, and my practice colleague Dr. Teryn Girard is doing workshops for small flock owners with Dr. Frank Robinson to help them improve husbandry and prevent disease.”

RWA and health
Regarding RWA, Marshall says the industry must continue to investigate and understand its critical control points, feed and water mitigation strategies centered around gut integrity and immune status, use of cocci vaccines and more. In Walkey’s view, “it’s critical for the industry to work synergistically to ensure bird health, food safety, production and profitability do not suffer. This includes a targeted approach to proactive medicine, increasing management awareness and expanding our toolbox with alternative products to be used both as prevention and treatment.”

Proper storage and use of vaccines
Marshall notes that where there are industry standards for vaccination programs for pullets, over the last few years, he and colleagues are observing inadequate coverage. “Some producers do it well and some don’t, and with those who don’t, we’ve seen egg drop syndrome,” he reports. “If a layer flock is inadequately vaccinated, vaccines used in the onsite pullet barn may cause problems in the onsite layers. Getting a baseline serology at 14 to 15 weeks for your layer flock helps to reference if a flock is at risk.”

Vaccine storage is also a concern. Marshall and colleagues have uncovered situations where producers were storing vaccines in an egg cooler rather than in a refrigerator. All vaccines should be stored in a fridge. Marshall adds, “many vaccines are modified live virus types and have to be stored perfectly to be viable. I and others have put together new standard operating procedures for storage and use, reminding producers to do things like removing chlorine from the watering system for 24 hours before vaccination for example. There is a lot of work to be done.”

A quick look at disease issues across Canada