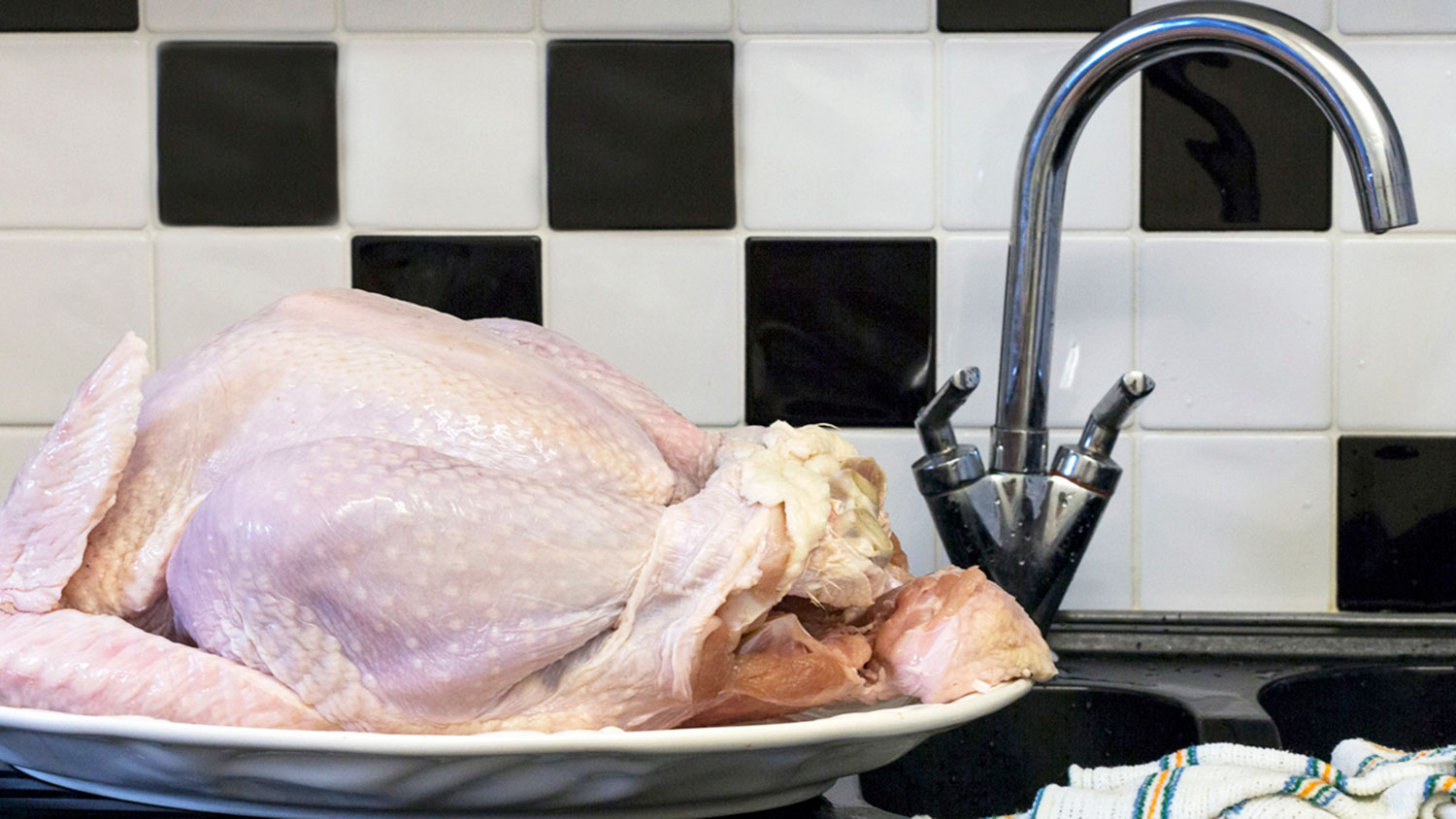 New research from North Carolina State University has found that Campylobacter bacteria persist throughout poultry production – from farm to grocery shelves – and that two of the most common strains are exchanging genetic material, which could result in more antibiotic-resistant and infectious Campylobacter strains.

Campylobacter is a well-known group of foodborne bacteria, spread primarily through consumption of contaminated food products. In humans it causes symptoms commonly associated with food poisoning, such as diarrhea, fever and cramps. However, Campylobacter infections also constitute one of the leading precursors of Guillain-Barré syndrome, a serious complication that can cause permanent disability and paralysis. Poultry is a known reservoir of the bacteria.

“There are two strains of Campylobacter that we’re concerned with: C. coli and C. jejuni,” says Maj. Dawn Hull, Army veterinarian, current Ph.D. student at NC State and lead author of the study. “C. jejuni causes up to 90 per cent of human Campylobacter infections, but the good news is that this strain is less likely to carry multidrug-resistant genes. C. coli is twice as likely to contain multidrug-resistant genes, but it’s a less effective human pathogen. Multidrug resistant means that the bacteria have genes that are resistant to three or more antimicrobial classes.”

Both strains are commonly found throughout the poultry production process in North Carolina, according to corresponding author Sid Thakur, professor of population health and pathobiology and director of global health programs at NC State and the College of Veterinary Medicine.

“Since Campylobacter has a fairly ‘plastic’ genome, the strains can exchange genetic material,” Thakur says. “If C. coli starts to take in a lot of C. jejuni’s genetic material and increases its virulence, then it will cause larger numbers of infections that are antibiotic resistant, which could become a big public health issue. Likewise, if C. jejuni takes up antibiotic-resistant genes from C. coli, the same thing happens.”

The team sampled chicken and turkey from retail grocery stores across North Carolina during 2018-2019. They compared Campylobacter isolates from the meat to USDA samples taken from poultry farms and production facilities in North Carolina. C. coli was most prevalent on farms and production facilities, at 54 per cent and 60 per cent for chicken isolates respectively, while C. jejuni was found in 69 per cent of retail chicken meat.

They then tested the isolates from food animals and meat for antimicrobial-resistant (AMR) genes and found that 90 per cent of both C. coli and C. jejuni contained at least one AMR gene while 43 per cent contained resistance genes to three or more antibiotic drug classes. Twenty-four percent of C. jejuni included resistance genes to fluoroquinolones, the “last line of defense” against Campylobacter.

Finally, the team noted the appearance of a significantly higher number of new Campylobacter strains – 21 – in 2019 compared to only two in 2018. This indicates extensive changes occurring in the Campylobacter genome that have the potential to increase its virulence and drug resistance profile.

“If you go to a supermarket and pick 10 different chicken breasts, four will have Campylobacter, and of those four at least one will have a fluoroquinolone-resistant Campylobacter,” Thakur says. “This trend has been pretty consistent over the last 10 years. Seeing a sudden jump in resistant sequence types is concerning.”

“This study shows that genomic exchange is happening between C. coli and C. jejuni, and that there is increasing antimicrobial resistance in Campylobacter found in N.C. poultry production,” Hull says. “Campylobacter is the worldwide leading cause for foodborne illness, so tracking this exchange is crucial to preventing transmission and providing future treatments.”

The research appears in PLOS One and was supported by the Food and Drug Administration (Grant # 1U01FD007145-01, National Antimicrobial Resistance Monitoring System) and the United States Department of Agriculture. Erin Harrell and Maria Correa of NC State and Arnoud van Vliet of the University of Surrey, U.K., also contributed to the work.