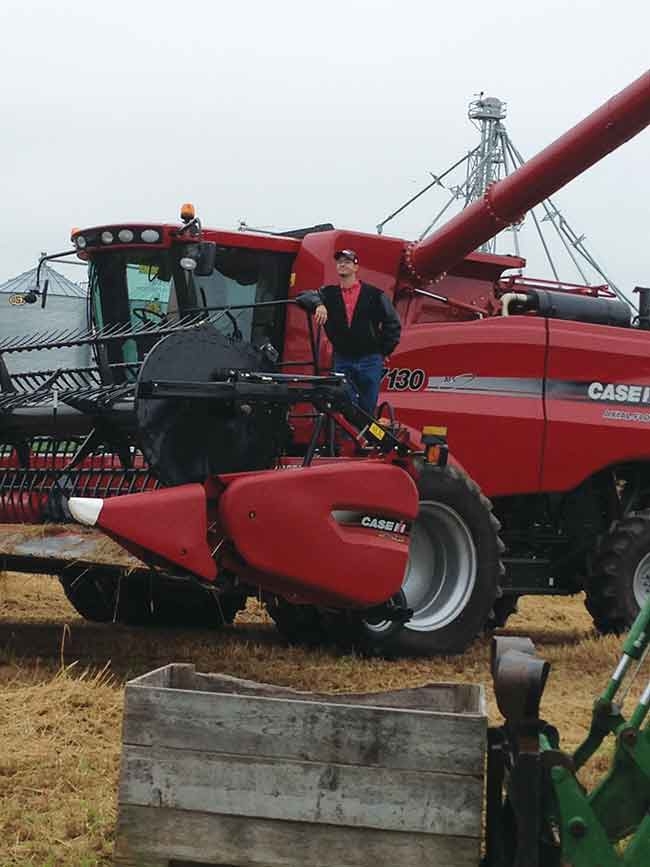 Nick de Graaf’s broiler and turkey operation is 100 per cent self-sufficient in corn for rations, and he’s working on increasing soybean acreage.

First, he bought out his father’s share in the Annapolis Valley poultry farm founded by his Dutch grandfather in the early 1960s in Kings County, Nova Scotia, between Canning and Port Williams.

He ships his birds to the Sunnymel poultry processing plant in Clair, Northern New Brunswick.

Lastly, in 2008 he also built a feed mill to process poultry rations from his crops.

He grows wheat, primarily for straw bedding for his flocks and he is 100 per cent self-sufficient in corn cultivation.

Nick owns 700 acres of arable land and he also crops an additional 900 acres in scattered parcels across Kings County.

He only grows 65 per cent of the soybeans he uses in his rations as he doesn’t yet have enough acreage for soybean self-sufficiency. However, he is looking for more land.

Nick graduated in 1998 from the Nova Scotia Agricultural College, now the Dalhousie University Agricultural Campus with a B.Sc. in  Agricultural Economics and four years later, in 2002, he became financially involved in the family farm.

He and his wife, Trudy, have three children. Their eldest daughter, Malorie, is married with two children of her own.

At age 40 he has not yet begun farm succession planning.

Off-farm recreational interests of the de Graaf family include travel and de Graaf says he and his two youngest children enjoy the shooting sports of trap and skeet.