Research has found the concept reduces water usage by up to 50 per cent. 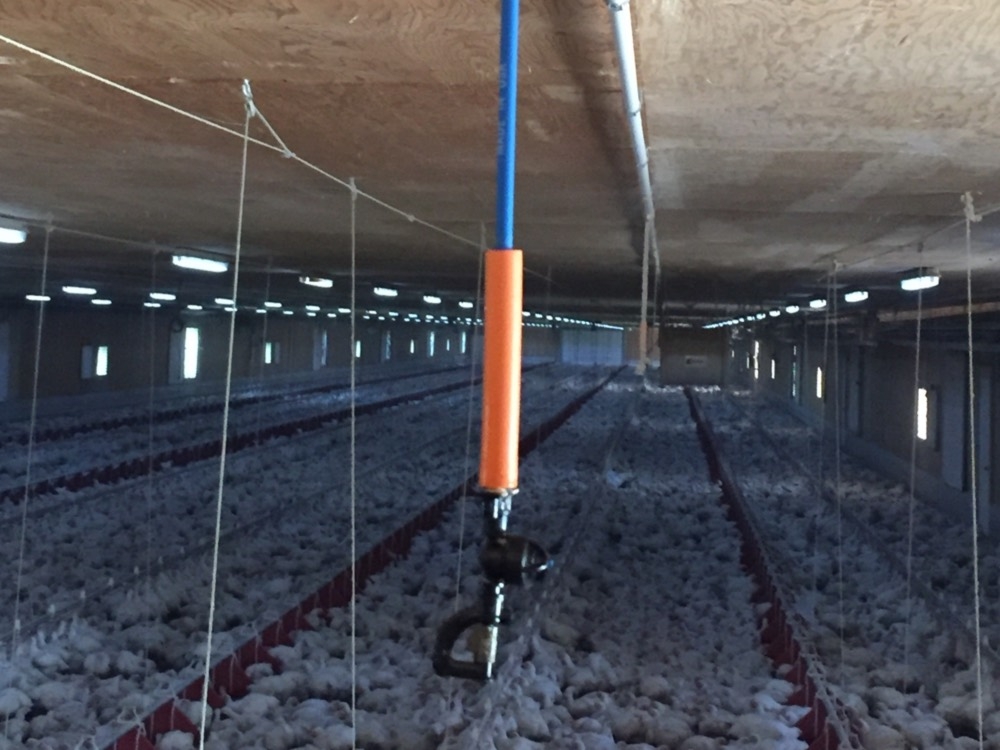 Based on the temperature and the age of the bird, water droplets are provided in short pre-set durations.

The US Patent and Trademark Office (USPTO) has extended the patent protection for the Weeden Sprinkler Systems.

The concept consists of several components. Based on the temperature and the age of the bird, water droplets are provided in short pre-set durations.

The water droplets don’t hang in the air and are heavy enough to hit the birds, causing them to stand up and release the trapped heat from underneath their bodies.

Once up, the birds habitually migrate to the feed and water, creating cyclical drinking and feeding patterns.

During heat stress when activated by temperature sensors, wind chill and evaporative cooling are then created by moving air across the birds and cooling them as the water droplets (“artificial perspiration”) on their heads and backs evaporates between each sprinkling.

The patent extension fully protects Weeden Environments for this concept.

Initially designed for dust control, the concept was also discovered to cool poultry and promote activity by getting the birds up to eat and drink.

This system provides the benefit of drastically reducing any mortality and minimizes the backing off of feed in times of heat stress while not increasing humidity levels like high pressure foggers and cool cells.

It also creates a cyclical drinking pattern felt to aid in feed conversion.

The Weeden Sprinkler Systems concept is proven in research studies at several institutions to reduce water usage by up to 50 per cent when combined with cools cells or when replacing fogging/misting systems.

“This patent extension is exciting as we now have additional protection on our system and method of cooling and promoting physical activity of poultry,” says Kevin Weeden, President of Weeden Environments.

“Weeden Environments invests heavily in research and development providing innovations for the poultry industry and we will continue to protect our investments by enforcing intellectual property rights.”