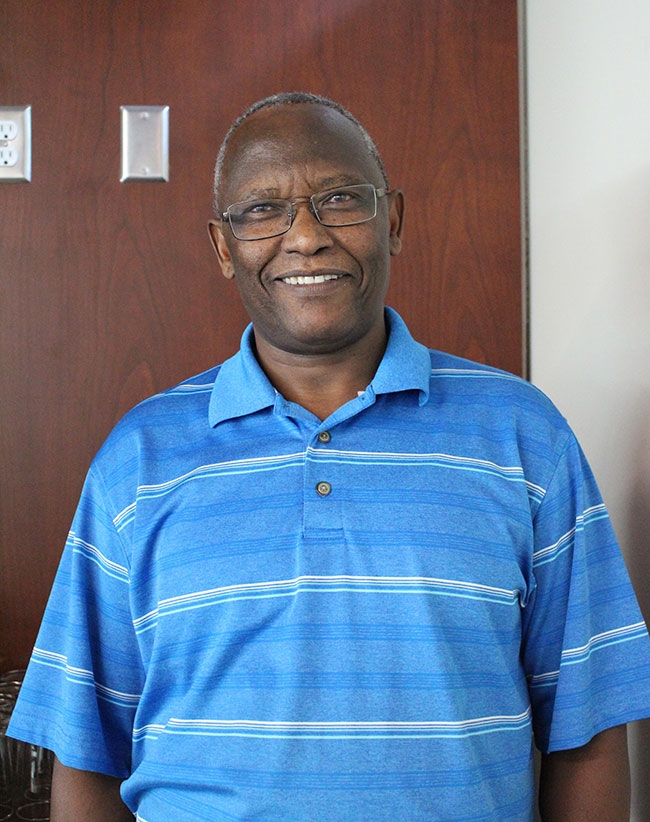 Truss plate corrosion can be an issue in barns – but it doesn’t have to be. The life span of truss plates, hangers, screws and nails in the truss system depends on the materials used, barn design and maintenance.

While poultry barns are typically designed with a ceiling to separate the attic space from moisture and ammonia-laden air, there can still be a few areas of concern.

Robert Baynit is the director of engineering with MiTek Canada Inc., a supplier of truss plates, software and machinery to the building market. Baynit was joined by MiTek’s software product manager, Alan Tran, at an information session for building officials of the City of Hamilton, hosted by the Canadian Farm Builders’ Association (CFBA), to explain the causes and prevention of truss component deterioration in farm buildings.

Baynit pointed to research conducted in 1994, where 28 of 66 barns had severe corrosion of truss plates while 21 had no corrosion at all. But why?

“A lot depends on the use of the barn,” said Baynit, defining three categories of barns in terms of susceptibility to corrosion. Low-risk barns include drive sheds or equipment storage; high-risk barns include swine or cattle barns, especially those with manure pits or silage storage; and medium-risk barns were somewhere in between.

In some cases the barn may have been designed for other purposes, with the new use adding extra stress to the truss system. If a drive shed now houses livestock, for example, or solar panels are installed without adequate design consideration, the truss components will need to be corrosion-free to handle the new stresses and adequate ventilation will also need to be considered.

There are different causes of corrosion. As Tran explained, oxidation is a natural process in which iron reacts with oxygen in the presence of water to produce rust. In a farm building, the rate of corrosion can increase dramatically due to excessive moisture released by animals. This humidity can create a ‘wet service’ condition, where the wood can also become a source of moisture, allowing the oxidation reaction to attack metal truss plates from both sides.

Galvanic corrosion can occur when dissimilar metals are used in construction and the components are physically touching each other. If a stainless steel screw is used with a galvanized steel washer, for example, the metals will actually react to each other, causing corrosion on the galvanized washer. This underlies the importance of using connectors of the same composition.

The effect of chemical corrosion can be very diverse. Some chemicals, such as hydrochloric acid, react directly with the metal and rapidly consume it while others speed up the oxidation process. Chemicals such as ammonia and hydrogen sulfide aren’t as aggressive but they will cause problems over time. Wood preservative agents such as alkaline copper quaternary (ACQ) and copper azole (CA) are also known to accelerate the corrosion process.

PREVENTION
Baynit says there is no ‘magic bullet’, but offers several mitigation strategies, beginning with installing a vapour barrier and separate ventilation. A four to six millimetre polyethylene barrier with the seams taped will prevent corrosive agents from entering the attic space, while ventilation systems for the interior and attic spaces need to be kept separate for the same reason. Typically, insulation is also required inside the attic space to prevent condensation.

Baynit also suggests using corrosion resistant steel products. Cost is a factor though: while stainless steel truss plates will solve any corrosion problem, those trusses can cost roughly 2.3 times as much at retail as trusses made with a standard truss plate. Truss plates are available with a thicker zinc coating at a more reasonable price: the MiTek line of G185 plates has twice the amount of zinc but can still increase the cost of a truss by roughly 1.3 times over a truss made with standard plates.

A ‘duplex system’, where the clean, galvanized surfaces of the embedded truss plates are painted or powder coated during or after truss installation, can also be a good deterrent to corrosion. The coatings act synergistically, with the paint protecting the zinc and the zinc helping to keep the paint from peeling.

Many farmers have already taken steps to extend the life span of their buildings, said CFBA president Dan Reymer, telling the building officials that the typical hog barns he has been involved with building in the last 10 years would have a ceiling, insulation and vapour barrier.

He cautioned though that the operation of any barn would bear on the effectiveness of the system: for example if the ventilation system were running too slowly the stale air would simply re-enter through the soffits. Prevailing winds could also create a ventilation clearance issue.

Agricultural engineer Harry Huffman from London, Ont., has not seen many issues with the typical fan-ventilated poultry barns either but he has had some problems with naturally ventilated turkey grow-out barns. As he describes, moisture-laden exhaust air from the turkey room environment exits the small ventilation opening at the top of one sidewall curtain during cold weather and then enters the attic space along the underside of the soffit through air intake ventilation screening or perforated soffit openings. This air has high humidity and contains ammonia vapour, which can accelerate metal corrosion within the attic space of both metal roofing and truss plates.

As project manager with John Ernewein Ltd, an agricultural-industrial-commercial construction (and grain handling) company in Walkerton, Ont., Trevor Reading said he’d have to go back 50 years in time to find poultry barns that had not been built with a ceiling, which effectively addresses the issue of truss plate corrosion by separating the air space.

Typically, they design poultry barns with ventilation directed out the side, not into the attic space around the trusses. But, on poultry farms, it’s a good idea to keep an eye on truss plates in outbuildings, drive sheds and other livestock barns.