The latest research on the role of feed additives 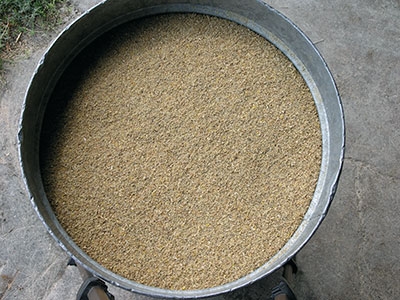 Probiotics exert their effect through changes to the gastrointestinal microflora; thus, they are most effective when given at an early age. Recommendations differ for broilers and layers.

The use of phytogenic feed additives and probiotics has been well researched and is growing around the world. Livestock and poultry scientists across the globe continue to look at these natural substances as a way to replace antibiotics, control the growth of harmful micro-organisms in the digestive tract and boost animal performance. They are natural, have proven and positive effects, and require no withdrawal time before slaughter. However, although the benefits of both these additives are already well documented, much more research needs to be done to determine the best practices and detailed cost-effectiveness.

First, probiotics are “good” bacteria given in dry inert form that are activated in the intestines of livestock and poultry. They implant, grow and change the ecology in a positive way by reducing pathogen populations within the animal. Probiotics have been shown to help birds cope with the stresses of day-to-day life in densely populated flocks, and can also be particularly beneficial in high-stress periods such as transport, drastic weather events or ration changes.

“Probiotics are multifaceted products with a variety of beneficial effects for chickens,” says Dr. Shayan Sharif, a professor in the Department of Pathobiology at the Ontario Veterinary College, University of Guelph. “Probiotic formulations have been shown to reduce the burden of pathogens in the chicken intestine, including Salmonella, Campylobacter, Clostridium and coccidia. In addition, probiotics can enhance immune competence of the bird, leading to better immune responses elicited by vaccines and also better resistance to infectious pathogens.” He adds, “In broilers, probiotics have been shown to be effective to increase growth performance and feed conversion, along with enhanced immune competence. In layers, probiotics also show positive effects on enhancing immune status as well as a positive impact on egg mass, egg weight and egg size.”

Sharif notes that because probiotics exert their effect through changes to the gastrointestinal microflora, they are most effective when given at an early age while digestive microflora is still being established. Therefore, there are generally different recommendations for broilers and layers.

“Based on an estimate by Lallemand (a Canadian company based in Quebec that researches, develops and produces yeasts, bacteria and related products), the probiotic market in 2009 was worth close to $600 million.” Other market analyses, he adds, reveal that among feed supplements, probiotics have the highest rate of growth of use.

Dr. Doug Korver also believes probiotics have a place in poultry production, but notes some technical and practical limitations. “The efficacy of probiotics is dependent on live bacteria being delivered to the digestive tract,” notes the associate professor in the Department of Poultry Nutrition at the University of Alberta, “[so] this makes issues such as shelf life, heat stability, compatibility with other ingredients very important.”

He also points out that simple probiotics, such as those with a few bacterial species, tend to be less effective than complex probiotics (which have many species), because a single bacterial species cannot always form a stable population. “The products I am aware of in Canada tend to be ‘simple’ probiotics, but I can’t comment specifically on the efficacy of any product,” he says. “There was a complex product available in the U.S. for a time, with about 29 bacterial species, I believe, but it stopped being produced a number of years ago because of the complexity of maintaining all of these species in continuous culture.”

Like Sharif, Korver thinks probiotics are likely most effective when given early in life, when the birds’ guts are more or less sterile. “In that case, a simple probiotic might be able to prevent colonization by a pathogen, even if it doesn’t stay over time,” he says. “It allows a ‘bridge’ between the naïve gut and the mature microflora the bird will have as it gets older.”

The beneficial probiotic bacteria are intended to occupy the surface of the intestine, and pathogenic bacteria are then unable to bind, which is necessary for colonization. “If they can’t bind, they get washed out with the fecal material,” Korver explains.

PHYTGENICS
Like probiotics, phytogenic feed additives (PFAs) help prevent intestinal disorders and boost the health and growth rate of livestock and birds. These plant-derived products, which are mainly essential oils, can also improve feed intake by boosting palatability. PFAs have been shown to improve egg production, increase immunity in laying hens and broilers and provide beneficial effects on eggshell characteristics. Sharif says research has shown that carvacrol (from oregano) cinnamaldehyde (from cinnamon) and capsaicin (from chili peppers) can also improve the growth performance of poultry.

“The use of essential oils as feed additives for agricultural animals is gaining popularity,” he notes. “Essential oils are another possible alternative to antimicrobial growth promoters.”

Dr. Todd Applegate, a professor in the Department of Animal Sciences at Purdue University in Indiana, agrees. He points out that current estimates of PFA use in combined livestock/aquaculture/poultry diets in the European Union are around 20 per cent, and increasing.

“Phytogenic products certainly are discussed extensively within the U.S., but there is not nearly as much market penetration as in the EU,” Applegate says. “This may be due, in part, to the time which those products have been on the market and familiarity with cost/benefit. In contrast, the U.S. market has had a much longer history with probiotic products (since the 1980s), and thus there is more familiarity and somewhat better acceptance.”

Applegate notes that a PFA’s physiological effects vary depending on several factors, including which plant it comes from. “For example, some can be immune-stimulatory (for example, ginseng) versus others which can be immunosuppressive (like Ginko biloba),” he explains. “The physiologic effects that we have observed in our laboratory have been through changes to chemical composition of the mucus layer in the intestine.”

He adds that many of the PFAs on the market today contain blends of several plant extracts, and their benefits can vary due to the blend itself as well as the processes used to extract and retain the essential oils.

The effect of PFAs will also take some time, depending on their properties. “For example, if they impart an effect on changing the mucin production in the bird,” explains Applegate, “due to the time it takes to have a cellular effect on cell identity and processes, it could be upwards of a week before intestinal cells can completely ‘turn over’ and thus be completely influenced.”

Applegate says producers must keep in mind that each PFA and probiotic product on the market is very unique in terms of its specific attributes, and therefore neither should be considered as a “commodity” product. “For example, some have targeted specific pathogen reduction capacities, while others may have been selected for production traits of bacteriocins (antimicrobial compounds), adherence to the epithelial surface, longevity within the digestive tract, and/or production/use characteristics (thermal stability, chlorine resistance, etc.),” he notes.

Hopefully, much more Canadian research will be conducted on the effects, best use practices and detailed cost-effectiveness of PFAs and probiotics. In the meantime, interested growers should do their research and consult with trusted feed experts and nutritionists.

We would like to hear from growers who have had experience with these feed additives; please contact the editor.