Trend predicted to continue for some time. 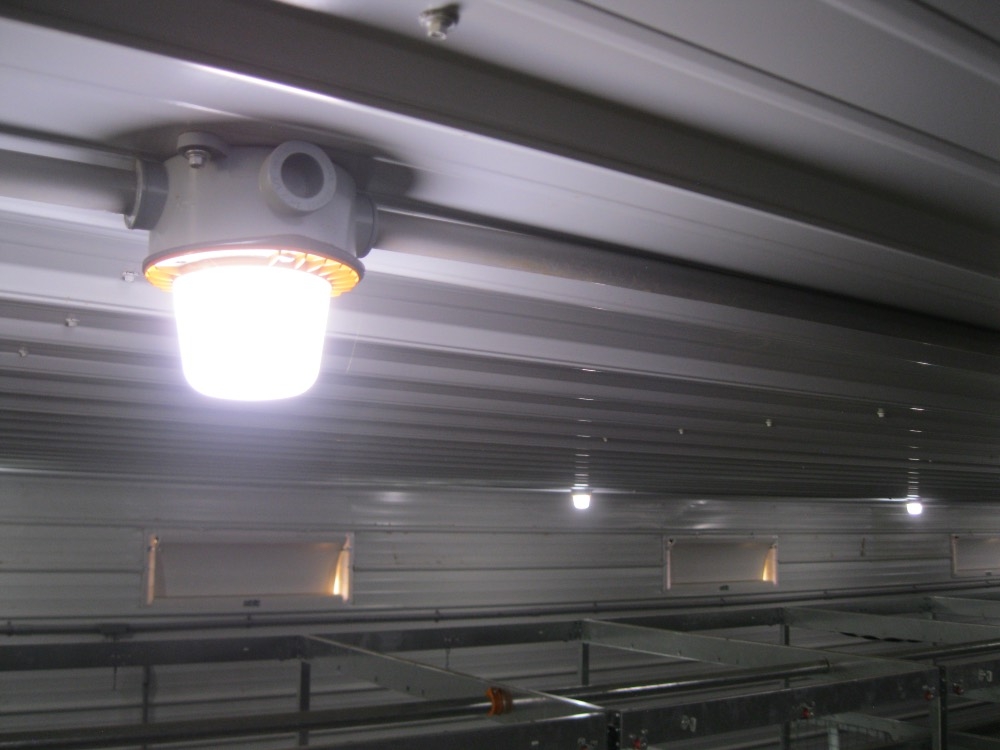 Experts say moving to LED lighting has meant a huge reduction in energy costs, especially in dairy and poultry.

Third-generation farmer Ron Lamb remembers his father pulling six-metre-wide crop-seeding equipment around his southern Alberta grain fields in the 1990s, overlapping on each pass to make sure he covered all the ground.

”When my dad was seeding the soil, he was using a 20-foot-wide piece of machinery and he was eyeballing or judging how much overlap on each pass across the ground so he didn’t miss. So he would have to overlap a foot or so, so he was actually only covering 19 feet,” said Lamb in an interview.

That small amount of overlap on each pass around the field looms large as overall energy use from Canadian agriculture grows along with average farm size but energy efficiency improves as well.

Canadian agricultural energy demand increased from roughly 200 petajoules (about 55 million megawatt-hours) in 1990 to 300 PJ in 2016, but the amount of energy consumed per inflation-adjusted dollar of agricultural output fell 17 per cent, according to a recent National Energy Board analysis of federal statistics.

”This is a pretty common trend within the broader energy system as a whole,” said Matthew Hansen, a technical specialist on the energy outlook team for the NEB.

”Canada’s energy use has been increasing since 1990 but the energy intensity of the economy, or energy use per dollar of GDP, has been declining.”

The trend varies from province to province and from year to year but it is something energy and crop engineer Steve Clarke, who joined the Ontario Ministry of Agriculture, Food and Rural Affairs in 1983, predicts will continue for some time.

”In the last five years, we’re massively moving to LED lighting, which has a huge reduction in energy costs,” he said, especially for poultry and dairy farms where much of the activity takes place indoors.

”Farms are bigger, so there’s less manpower, so we’re automating more. And we’re now starting to remote monitor stuff … through the cloud so you can actually see it on your desktop.”

Technology advances are increasingly important as farmers focus on ways to save time, money and energy, Clarke said.

A typical dairy farmer 30 years ago might have had 60 cattle to look after but on today’s larger farms, he could have 250, he noted. Remote monitoring is required to figure out which cattle aren’t eating or producing as much milk as they should because the farmer doesn’t have the time to get to know each cow.

The industry has employed energy curtains on the ceilings of their greenhouses for years to help with heating at night and in the winter, cooling during the day, and dispersing humidity, she said. Now computer programs automatically open and close them as needed.

B.C. operators prefer to use natural gas to heat their greenhouses because the carbon dioxide produced helps plants grow, she said. In recognition, the province offers relief grants equal to 80 per cent of the B.C. carbon tax on eligible natural gas and propane consumed by greenhouses.

Meanwhile, on the Lamb farm in southern Alberta, energy costs are falling again this spring thanks to a solar energy system installed last year to generate most of the energy needed for its grain field irrigation systems.

Lamb and two neighbours partnered to build a large array of solar panels that generates electricity to pump water from a lake as well as power central-pivot-style irrigation systems that move in a circle to distribute water evenly and automatically over each field.

The panels produce about 85 kilowatts of power for Lamb, which he calculates will provide an annual average of 70 to 80 per cent of the power needed. About 30 per cent of the cost of $220,000 was covered by a provincial grant, which means the system should pay off its $150,000 net cost in eight or nine years, he said.

Energy use, efficiency and cost control enter into every decision on the farm these days, Lamb said, from calculating fuel economy per hectare for a new tractor to figuring out the shortest routes and optimum frequency for routine visits to far-flung pastures.

”It’s a whole system of thinking,” he said.

”Every time we make a machinery change or difference in technique of how we do production, certainly energy consumed is a factor.”