Antibiotics in Broilers: Progress, with care

An update on further reductions of preventative antibiotic use in broiler production.

The elimination of category III antibiotics remains a goal for the broiler industry. PHOTo: Alltech Canada

The ‘conventional’ option, as explained in a recent paper by PhD candidate Lisa Bean-Hodgins and her supervisor Elijah Kiarie at University of Guelph in Ontario, involves the potential use of categories III and IV antibiotics and avilamycin.

Broiler producers also have the option of ‘Raised without antibiotics of human importance,’ which involves no use of categories I, II, or III antibiotics for disease prevention. In this case, only avilamycin and category IV antibiotics are permitted for the prevention of coccidiosis and necrotic enteritis (NE).

The last option is ‘Raised without antibiotics’ or RWA, with no use of categories I, II, III or IV antibiotics for prevention. (Note that in Canada, ionophores are categorized as category IV, and chemical coccidiostats are not classed as antibiotics.)

As these options indicate, and everyone in the industry already knows, Canadian broiler producers have stopped using category I or II antibiotics for disease prevention.

There was a goal of having no preventative use of category III by the end of 2020 (there’s actually just one of them, Bacitracin) but in September of that year, Chicken Farmers of Canada (CFC) reassessed the timeframe.

Steve Leech, CFC director of Food Safety & Animal Health, noted at the time that a number of issues needed further examination, including the use of vaccines and alternative products. He also stressed that “having the entire industry involved in decisions, the elimination strategy and implementation of the strategy has been important from the start.”

The elimination of category III antibiotics remains an industry goal. But before we look at how that might play out in 2022, let’s look at some related progress.

Progress to date
A major reason why antibiotic use in livestock farming has been reduced over the last few years in many countries is because the amount and type of usage has been shown to contribute to pathogens becoming resistant to antibiotics. This is a very serious threat to human health when the antibiotics in question are needed in human medicine. On that front, Leech is pleased to report that as a result of the Canadian broiler industry’s policies to reduce use of antibiotics for growth promotion, the Public Health Agency of Canada “has noted a decrease in resistance across multiple antimicrobials.”

Leech also explains that it’s important that the broiler industry has sustainable strategies to mitigate the effects of removing category III antimicrobials. There is good news in that in 2021, a new opportunity for product approvals in Canada was released in the form of the new Veterinary Health Products program. In addition, new ‘Feeds Regulations’ have been proposed, regulations that are expected to result in new additives that can be added to feed or water.

“The evolution of these initiatives,” says Leech, “and the resulting new products available on the market will play a role in the success of our antibiotic-reduction policies. Looking ahead to 2022, CFC will continue to collaborate with industry partners with the goal of having a larger number of feed and water additives approved.”

However, Bean-Hodgins and Kiarie note in their paper that feeding programs must be developed “that use a synergistic application of alternative ingredients in realistic diets and commercial farms.” They believe that developing programs that maximize digestibility and manage the microbiota while supporting immunity are important.

They also note that at present, “alternative ingredients such as probiotics, prebiotics, essential oils, and organic acids designed to replace antibiotics are not producing results with the same degree of consistency” as antibiotics – and to make real progress, they advise a change in research focus.

“These dietary concepts have been investigated as a ‘stand-alone’ strategy and are being applied within the poultry industry to support broiler markets with varying use of antibiotic applications,” they explain. “The application of these concepts as part of a commercial broiler feed program has not been evaluated throughout the life of a flock.”

Regulatory progress
Last year, the Canadian Animal Health Institute (CAHI, which represents animal feed additives, pharmaceuticals and more) reported a long-standing backlog of submissions for the approval of new feed additives that might assist in reaching the goal of a category III ban on preventative use. Now, CAHI President Dr. Catherine Filejski reports that while the Feeds Division of the Canadian Food Inspection Agency (CFIA) has made some progress, but a significant backlog remains. CAHI members put the timeline for potential approval at up to three years.

She further explains that collaboration with Health Canada’s Veterinary Drugs Directorate to address “any grey areas around feed additives” is essential. “Products that promote better animal health overall mean fewer infections that require an antimicrobial treatment, increase food animal productivity and in turn ensure more efficient use of the nutrients in feed.”

For its part, CAHI continues to work with the relevant stakeholders through the newly-repositioned Canadian Animal Feed and Health Products Engagement Committee (formerly the Canadian Animal Health Products Regulatory Advisory Committee), to discuss areas of common concern such as the backlog. “Additionally over the past year,” says Filejski, “CAHI has provided feedback…of proposed Feeds Regulations amendments in consultation with the Animal Nutrition Association of Canada and other associations to ensure a consistent approach.”

CAHI has also collaborated closely with various agencies to develop a regulatory pathway for veterinary health products to be incorporated in feed, recognizing that this is a preferred mode of administration for livestock and which will support the implementation of the proposed Feeds Regulations amendments.

Harmonization initiatives (related to product approval in Canada and other countries) stalled due to the pandemic and the federal election, but Filejski anticipates a return to more cross-border meetings in 2022 focusing on improving approval mechanisms such as the Regulatory Cooperation Council and joint submission pathways for veterinary drugs.

“We are also pleased to share that CFIA reported that at least one gut modifier product has been registered for poultry, with others reported to be close to completion as of mid-2021,” she says. “Proposed amendments to the Feeds Regulations will also create more opportunities for innovative feed ingredients such as low risk Veterinary Health Products, biologicals, prebiotics and viable microorganisms.” 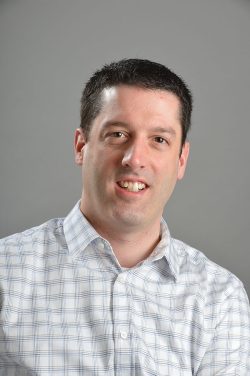 Bacitracin use
Regarding how a future ban on the preventative use of category III antibiotics (Bacitracin) should play out in 2022, Dr. Babak Sanei (national business and technical manager for poultry and medicated feed additives at Zoetis) has not changed the view he’s held for several years.

He believes a postponement of the ban is very wise as the Canadian broiler industry is still not yet at the level to cope with technical/economic consequences. Furthermore, Sanei thinks a reduction of Bacitracin use in the life of a broiler flock makes much more sense than a complete ban of the product. In his mind, alternative products cannot feasibly be used as the only source of disease prevention in all circumstances (various geographical regions and all seasons).

“There have been many efforts to look at various alternatives to antibiotics, some more promising than others,” he explains. “However, not always conclusive and repeatable so far. There is no silver bullet as such. So, what looks wisest is a proper rotation of Coccidiostats to control and prevent Coccidiosis (the main predisposing factor to NE), application of alternative products in starter flocks (and potentially during the finisher stage of production) with, in addition, the use of effective antibiotics such as Bacitracin in the critical phase (15-30 days) of broiler life. This is much better approach than a complete ban of preventive use of Category III products.”

In 2022 and beyond
As CFC continues to lead the evaluation of steps that can be taken to eliminate the preventive use of Category III antibiotics, Leech notes that this process will continue to involve all stakeholders with the goal of mitigating issues and ensuring the sector’s sustainability.

“CFC is taking a measured approach to these reduction steps,” he says, “to ensure they are done responsibly and with minimizing unintended consequences and potential risks to bird health/welfare.”