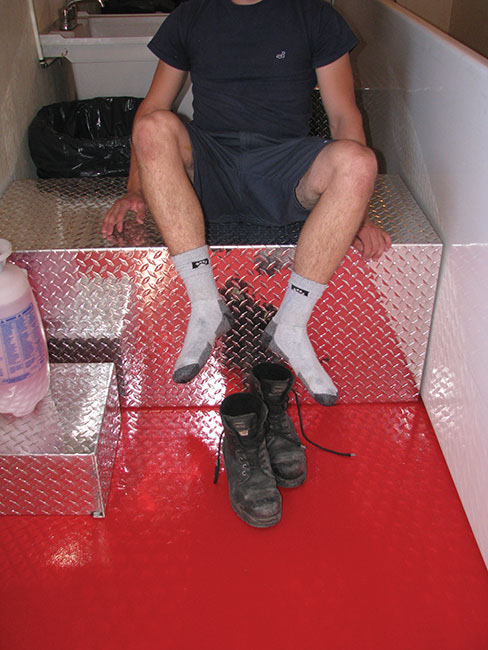 Biosecurity on poultry farms is again in the spotlight this year due to widespread outbreaks of highly-pathogenic avian influenza (HPAI) – the first time this has happened in seven years. The two major outbreaks in Canada in 2004 and 2015 caused severe industry financial losses.

Since December 2021, outbreaks occurred in poultry flocks in Nova Scotia, Ontario, Alberta, New Brunswick, Manitoba, Quebec and Saskatchewan. This HPAI strain also entered hundred of flocks across the US and in Europe. Over 20 countries placed temporary bans on the import of Canadian birds or poultry products from some areas or provinces.

It’s therefore a good time to assess on-farm biosecurity protocols and adherence (compliance) with those protocols.

Steve Leech, director of food safety and animal health at Chicken Farmers of Canada (CFC), notes that pathogens can enter a barn through people, equipment, pests or through water or air. Regarding this spring’s HPAI outbreaks, Leech explains that the Canadian Food Inspection Agency (CFIA) is doing an epidemiological analysis of farm infections, and this report will guide the entire industry in terms of any additional protocols or compliance issues that may need to be addressed. Continuous education with all members of the supply chain about biosecurity is important.

To date, according to Leech, it appears that the majority of infections were ‘single-point’ infections (that is, not farm-to-farm). Leech considers these findings to be “a very positive reflection on our biosecurity system, which involves farmers, veterinarians and many other farm services. Our communication with CFIA is ongoing and we’ve also been in touch with some of our counterparts in other countries to share knowledge.”

Leech believes that HPAI transmission via ventilation could have played a large role. “With wild birds infected with HPAI, their proximity to air inlets when they landed in fields beside barns,” he says, “subsequent transmission through air into the barns, is a plausible transmission route that needs to be further explored.”

Egg Farmers of Canada (EFC) currently has a couple of research projects related to controlling virus transmission, one on AI headed by Dr. Shayan Sharif at the University of Guelph.

Dr. Jean-Pierre Vaillancourt, a professor at University of Montreal and a member of CRIPA (Swine and Poultry Infectious Diseases Research Centre), notes that flies may be of particular concern. He has been studying on-farm biosecurity protocols and compliance for many years, in Canada, the US, Europe and Africa, sometimes in collaboration with Dr. Manon Racicot, a senior veterinary epidemiologist at CFIA and adjunct professor at the University of Montreal.

Because studies in Japan have found that flies are carriers of the HPAI virus, they carried out a small study of flies in mid-July 2022, funded by the Quebec government. They analyzed 600 flies from a three-storey turkey Quebec barn, and have found so far that many flies were carrying HPAI on the second. No flies were trapped in outdoor traps. Third floor analysis was taking place at publication time (end of July) and plans are being made to test darkling beetles.

On July 22, a fourth farm in Quebec had an HPAI outbreak, in a turkey flock in Saint-Gabriel-de-Valcartier, according to the CFIA. On July 25, Vaillancourt said he was quite sure it was a turkey farm and that he is surprised outbreaks are continuing. He believes this shows the environment is very contaminated with HPAI.

Three other recent HPAI cases were confirmed in La-Jacques-Cartier Quebec on June 28, July 3 and July 9, at least two in turkey flocks. The other most-recent case was on June 8 near Langley, BC. 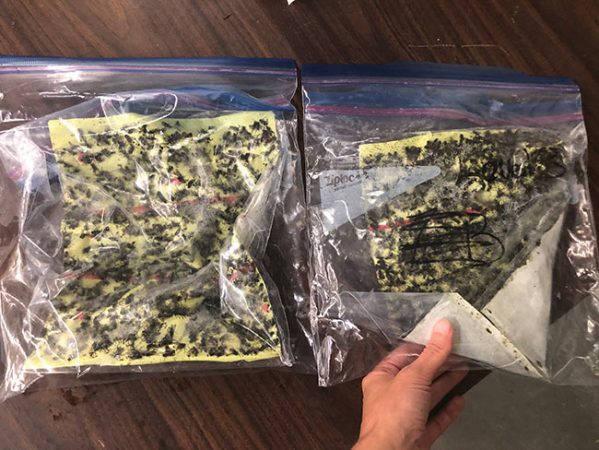 A Quebec study of HPAI-infected barns found many flies were carriers of the virus. PHOTO CREDIT: Dr. Manon Racicot

Researcher’s perspective
In terms of on-farm biosecurity protocols, both CFC and EFC on-farm food safety program guidelines require change of footwear, hand sanitation and donning of premises coveralls for workers and visitors to poultry barns, in addition to other requirements.

However, Vaillancourt and Racicot are not convinced that poultry workers on every Canadian farm are aware of protocols and/or comply with them consistently. “I have little evidence that compliance has improved over the years, since we did the study in 2011,” Vaillancourt says. “This is certainly what I observe when I go to farms, whether they are in Canada, the US or the parts of Europe I have visited in recent years.”

Regulations cannot be enforced, so education and training is key. Family members also need to be trained properly, adds Racicot.

“I ask them to show me the data that training is working, that it has value, and none of them have shown this to me,” Vaillancourt reports. “Also, if you check, a lot of employees never get biosecurity training. It’s very uneven. I understand that not all farms have workers but where they do, it’s not sufficient for the farmer to just tell them what to do. The workers need proper training and to understand the ‘why’ behind the training. You have to motivate them to do what needs to be done, every time.”

EFC confirms that egg farmers are trained on biosecurity
(within the on-farm food safety program) by the provincial egg boards and it’s the farmers’ responsibility to train their employees. CFC’s ‘On-Farm Food Safety Program’ has a specific chapter on training farm workers for biosecurity and more. Under the program and its audits, all farm workers must be trained and evaluated, with training records kept for each worker.

Vaillancourt adds that in Quebec (he’s not sure about other provinces), there are more and more people working on farms who have Spanish as a first language, so this means that training needs to be in that language. “Even for English and French workers,” adds Racicot, “reading capacities are an issue. Videos, clear signs with pictograms, etc. are needed.”

Automated compliance
Vaillancourt and Racicot believe that in addition to proper training, the future of biosecurity protocol compliance should be in automated barn sensors systems that prevent lapses in compliance through real-time feedback.

“We’ve been investigating RFID chip technology that is in place in hospitals in contagious settings, where you trigger an alarm if you aren’t in the proper gear or don’t use the hand sanitizer dispenser,” says Vaillancourt. “We did a pilot study and it showed this made a difference on poultry barns. In that study, we put chips in off-farm shoes with employee permission so that an alarm would go off if the shoes were worn past the barn entry (i.e. clean area).”

In a second study, done with Maximus, a maker of barn control systems, the farm boots are chipped, two antennas are displayed, one in the dirty and one in the clean area. The system monitors boot and hand sanitizing compliance and can trigger an alarm when biosecurity breaches occur. “We’re now working with Maximus to commercialize a system for poultry or pig barns,” says Vaillancourt. “We’re looking at where the RFID antennas need to be placed, and so on.”

In 2020, Racicot and Vaillancourt presented results of a prototype called the MediHand Trace System (inspired by the system developed by Maximus) at the Poultry Tech Summit in Atlanta, Georgia. On a Quebec egg farm, 254 entries and exits by four employees were recorded for 17 days in 2019. Boots were changed 93 per cent of the time and hands were sanitized 68 per cent.

From these results, Racicot and Vaillancourt conclude that a continuous monitoring system seems to improve biosecurity compliance (almost twice the compliance percentage compared to previous studies) and should be used to reward and motivate employees by providing personal performance and peer comparison data.