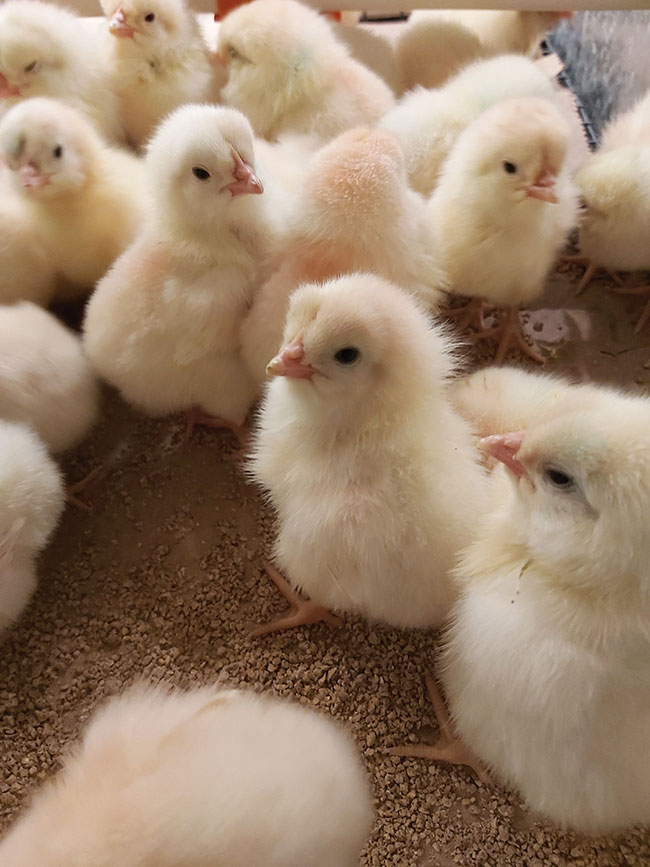 It is important to raise birds that are intended for cage-free housing in an aviary that offers similar style housing. PHOTO CREDIT: Erin Ross

Research supporting open-concept housing for laying hens has made great strides as Canadian researchers discover more about how to help birds thrive in new housing environments. Dr. Tina Widowski has led much of this work to help producers evaluate options for their laying operations, with special attention on pullet rearing.

“It is important to raise birds that are intended for cage-free housing in an aviary that offers similar style housing so they can be healthy and productive with minimal animal welfare concerns,” says Widowski, Egg Farmers of Canada Chair in Poultry Welfare at the University of Guelph. “Canada was one of the first countries to add pullet rearing to the code of practice because we know early life experience supports lifelong health.”

Widowski is leading a comprehensive research project evaluating the impact of different pullet aviary designs on several aspects of bird development. “We are looking at how strong the birds are, how calm they are, how physically fit and cognitively prepared they are when raised in aviary housing, so they can thrive in non-caged housing,” Widowski says.

“We compared three different commercially available aviary systems to see if there was a difference in the bones, muscles and overall body composition of pullets raised in the systems,” Ross says. “We wanted to determine if there was a rearing environment that supports lifelong musculoskeletal health for the birds to reduce some of the welfare concerns associated with skeletal issues for layers later in life.”

The first six weeks
Ross was particularly interested in the first six weeks of life for pullets and how life during this brooding period might impact the physical characteristics of the birds, based on how much exercise and load-bearing activity was available in the various aviary styles.

She used three styles of aviary systems. Style 1 was the most similar to a conventional rearing cage and offered the least amount of two- and three-dimensional space for the birds. It included a feeder line, drinking line and two perches.

Style 2 was moderately complex and offered more three-dimensional space for the birds to move in, including a raised platform and three perches at different heights.

Style 3 was the most complex design because of the freedom the birds were given with an entirely open-concept design from day one with perches at different heights and a central raised platform. Styles 1 and 2 kept birds more enclosed for the first six weeks.

“Those first six weeks are when pullets are typically in a brooding compartment when they are too small to physically navigate around a lot of structures to access food and water,” Ross says. “That’s why we refer to style 3 as the most complex because the birds had access to food and water on multiple layers, right from day one.”

Not surprisingly, raising birds in conventional cages puts them at a substantial disadvantage for developing strong bones and muscles, compared to those raised in aviary housing. With all three aviary styles, the level of complexity – and opportunities for movement – did not have much impact on the bird’s musculoskeletal development.

“We thought giving the birds a total open concept aviary (style 3) from day one would have the greatest positive impact on bone and muscle development, but we didn’t really see that,” Ross says. “All the birds in aviaries developed stronger leg and wing bones, compared to conventional caged housing, and also had proportionately heavier flight muscles.”

“We looked at whether load-bearing activities earlier in life – like jumping on and off perches – would affect the overall body composition of the bird,” Ross says.

What she found was that housing style – aviaries or conventional cages – had no impact on the birds lean to fat content.

The feather factor
Underlying all the work comparing muscle and bone development was feather colour – the genetic differences between white-feathered and brown-feathered birds. “We know that genetics, and particularly feather colour, has a big impact on physical traits of the bird,” Ross says.

On the muscle and bone front, white-feathered birds across all housing styles had proportionately stronger leg bones and larger keels, compared to brown-feathered birds. This wasn’t surprising, as it mirrors results from previous research.

When they looked at body composition, it was again feather colour that brought out the differences. “White birds tended to have more lean tissue and less fat, compared to brown birds,” Ross says. “These results reinforced that rearing environment may not have as much of an impact on overall body composition as the genetic strain of the birds.”

Assessing options
This project adds more information and insight to understanding the impact of rearing style on laying hens in open housing. “We know that white birds tend to do better in a non-caged environment than brown birds,” Widowski says. “They are better at negotiating open spaces and benefit the most from a more complex rearing environment based on bone health.”

When it come to what makes sense on an individual farm, Widowski’s advice is simple: “Use any aviary style for rearing pullets – regardless of its complexity – and the birds will be much farther ahead than conventional caged housing for bone and muscle development.”