Put to the test

Avian Influenza remains a clear and present threat that knows no geographic boundaries. 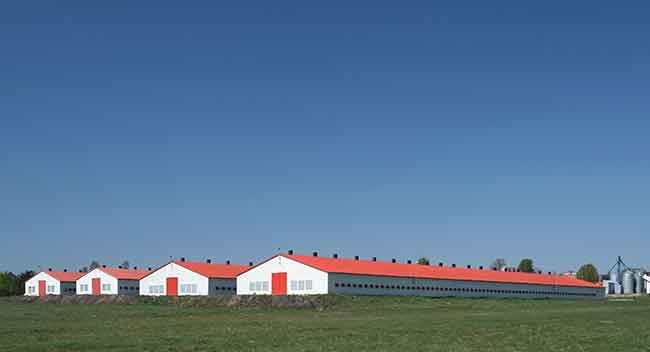 Although AI is a threat to Canada as well, our relatively small farm size in comparison to the U.S. will likely work in our favour. Photo: Dreamstime

The spring and summer of 2015 have been challenging for the American egg industry. After losing more than 35 million laying hens to Avian Influenza, producers were put to the test in containing and mitigating the situation. Thankfully, American farmers are repopulating their barns and getting back in the game.

Their unfortunate situation has certainly made us wonder if such a crisis could occur in Canada.

While it certainly could, the difference between our industry’s structure and that of the U.S. makes it less likely. In the U.S. they have a little over 200 egg farms concentrated in certain regions to feed more than 300 million people, we have over 1,000 egg farms across Canada to feed 35 million people. Obviously the number and scale of operations is also different between the two countries. The average flock size in Canada is 20,000 whereas in the U.S. the average is more than 1 million birds. This concentrated production, and the higher volume of vehicles, equipment and people in those areas, increases the potential for negative consequences due to Avian Influenza.

What allows our relatively small family farms to operate and thrive is supply management. By making it possible for smaller farms to stay in business generation after generation, we maintain ample farms in every province and in the Northwest Territories. That means all Canadians have access to local eggs, and it also means both farmers and consumers have price stability. This stability allow farmers to reinvest in national animal welfare and food safety programs and industrial R&D.

That’s not to say we’re in any way impervious to Avian Influenza. In Canada, a large outbreak occurred in 2004 in B.C., and there were subsequent cases in 2008, 2009 and 2010. We also had cases last year in B.C. and earlier this year in Ontario. Canada has world class standards for on-farm food safety and biosecurity. Because of this, the Canadian Food Inspection Agency, working with industry and stakeholders at the national and provincial levels, was able to contain and eradicate each outbreak. U.S. biosecurity standards are very similar to Canada. However, the sheer size of U.S. operations make them more vulnerable to breaches due to the higher number of inputs and outputs at each farm.

In the wake of this crisis and with the fall migratory season looming large, Egg Farmers of Canada has invested $500,000 in research being led by the U.S.’s Egg Industry Center. This work will provide practical solutions for producers and ensure a safe and secure way forward for the North American industries.

So, while it is impossible to speculate about the future impacts, and while Avian Influenza remains a clear and present threat that knows no geographic boundaries, surely this is an illustration where our relatively modest size and scale of operations can be seen to be a strong plus on the side of sheet of things that work in our favour. And alongside that, would be a host of other factors—from price stability to continuous reinvestment to smaller scope and scale – that help us manage the risk.