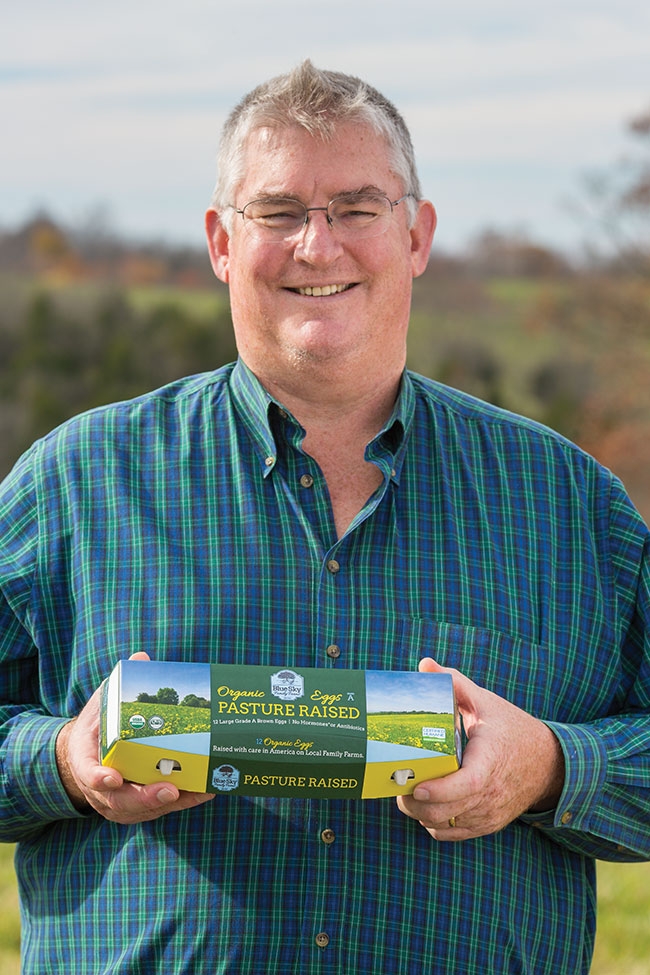 John Brunnquell is president and founder of Egg Innovations, which owns 65 layer barns in Indiana Wisconsin and Kentucky.

The first time American egg farmer John Brunnquell walked into a cage-free barn everything he thought he knew about hen welfare was called into question. It was the early 1990s, and Brunnquell could recite the benefits of caged production by heart: Birds don’t walk around in their own manure, cages protect them from predators and they can be quickly fed if they get sick, he said.

His visit to that cage-free barn changed everything and was the beginning of a lifelong journey to better understand hen behaviour.

But Brunnquell didn’t just recite the benefits of caged production; he believed them to be true. That said, a visit to his first cage-free barn in Indiana called into question everything he thought he knew about good welfare.

“I simply could not accept that the hens I was looking at in the cage-free barn had a poorer welfare than the caged hens I was familiar with,” he says.

“The event was transformative,” he continues. “I resolved that where I had influence I was going to have the hens under my control have a higher level of welfare than previously provided. We began the process of removing all cages and the education process of what does welfare really mean to a laying hen.”

Today, Brunnquell’s barns are 100 per cent cage free and birds have access to outdoor pasture.

A third-generation egg farmer, Brunnquell, 56, grew up on a small family farm in the American Midwest with just 7,000 hens. Like many young rural Americans, Brunnquell joined 4-H. Later, he pursued a Bachelor of Science in Agronomy and a Masters in Poultry Science, both from the University of Wisconsin at Madison. He is currently pursuing a PhD in Avian Ethology at the University of Kentucky in Lexington.

Brunnquell is also president and founder of Egg Innovations, an egg company with a unique model for organic, free-range egg production. Egg Innovations owns 65 layer barns. Each houses 20,000 birds. Brunnquell utilizes a contract model where the farmer owns the building and pays for labour and utilities, but Brunnquell owns the birds. Farmers are paid at the upper end of the market, he says.

All of the 1.5 million birds under the model have access to the outdoors every single day. Of the 65 barns, 60 per cent are located in Indiana; the remaining farms are located in Wisconsin and Kentucky. Barns have dedicated perch and scratch areas, as well as access to the outdoors. All 65 barns are designed exactly the same way, making them perfect for conducting research.

Brunnquell works closely with researchers from the Center for Proper Housing, Poultry and Rabbits (ZTHZ) in Switzerland. Led by Michael Toscano, ZTHZ researchers run small-scale trials with the goal of better understanding hen behaviour. Sometimes Brunnquell applies their research in his barns to see if results can be replicated at commercial scale.

In one of his projects, Brunnquell examined how light, particularly light wavelength, impacts hen behaviour during depopulation. The literature seems to support the idea that blue LED lighting calms the birds, which leads to more injury-free depopulation.

Other research projects include finding novel ways to motivate hens to move around on range without paddocks, looking at the relationship between a farmer’s personality and flock productivity, and developing the first commercial non-beak trimmed layer flock in U.S.

Brunnquell believes that every animal is hardwired to certain behaviour, and if given the opportunity, animals will express those hardwired behaviours.

“In the case of a chicken, it is hardwired to perch, to scratch, to dust bathe, to pasture and to socialize,” he says. “If you give it an environment where it’s allowed to do that it will display those behaviours in high percentages.”

The benefits to allowing hens to display those behaviours are innumerable, says Brunnquell, who saw marked improvement in production. “Every time we took an incremental step, we saw improvements in production and drops in morbidity and mortality,” he says.

And while each improvement was rewarding to Brunnquell as a producer, he understands that the system isn’t for everyone.

“There is no benefit in criticizing producers who believe differently than you,” he says. “Having said that, I always engage them in the conversation and ask: What are you really trying to accomplish?

“As in everything, it always comes down to management,” the egg producer adds.  “The facility itself does not guarantee good welfare.”