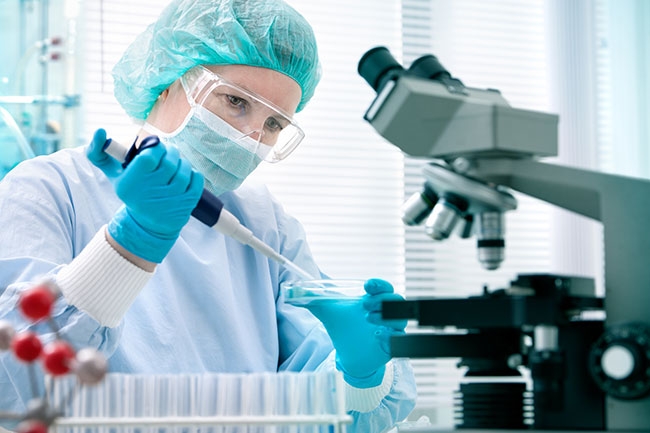 Dr. Suresh Neethirajan and his team from the “BioNano Laboratory” of the University of Guelph have worked to develop a new detection system capable of detecting small amounts of avian influenza virus within minutes

Dr. Suresh Neethirajan and his team from the “BioNano Laboratory” of the University of Guelph have worked to develop a new detection system capable of detecting small amounts of avian influenza virus within minutes. It’s a diagnostic tool not only capable of detecting the virus rapidly on-site, but that will also enable field deployable, point-of-care diagnostic systems.

“Considering the threat which avian influenza poses to human health and the growth of the agricultural sector, investing in disease control strategies is vital”, explains Dr. Suresh Neethirajan in describing the issue at hand. “Preventing the spread of the infection is the best way to keep the disease under control. Prevention in this case starts with effective surveillance.”

We have created a rapid animal health pen side diagnostic tool that only needs less volume of blood, less chemicals and less time compared to the currently used methods. The sensing mechanism and the technique have the potential to serve as a feasible and sensitive diagnostic tool for influenza virus detection and discrimination for poultry industries, with further improvement on the architectures”.

The developed sensing assay will aid not only the poultry industries, producers and farmers, but also the public. The technology under development will ultimately be deployed towards early diagnosis of avian influenza. The results from the proposed point of care test for early diagnosis will assist in identifying potential public health threats.

This project was funded by the Poultry Industry Council and the Turkey Farmers of Ontario.