Paying tribute to an industry pioneer. 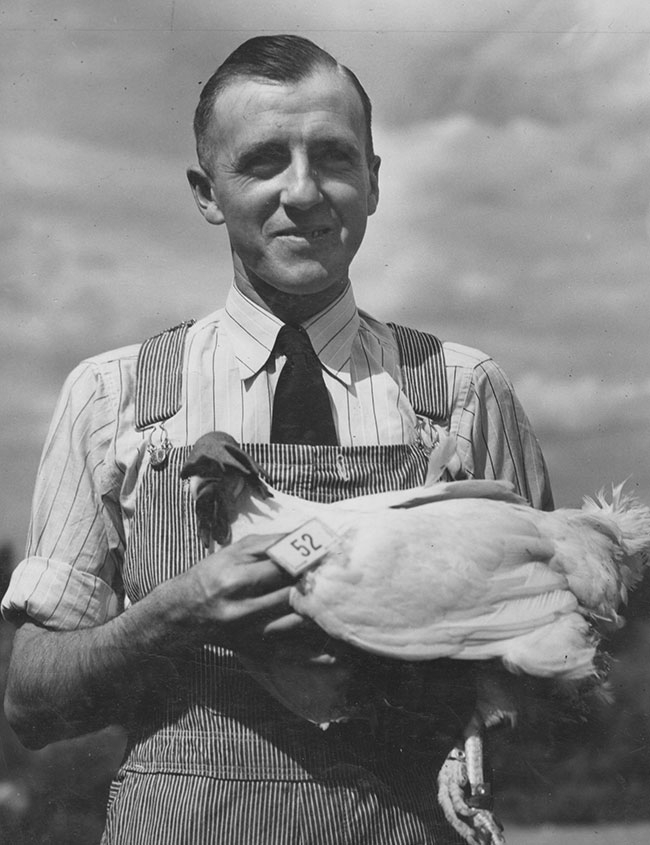 Donald Shaver passed away on July 28, 2018 in Cambridge, Ont. PHOTO: University of Guelph

One of the greatest pioneering poultry breeders, Donald McQeen Shaver, passed away in late July, a few days before his 98th birthday.

Shaver was born in Galt, now part of Cambridge, Ont., and took an early interest in chickens, keeping them in the backyard of his parents’ home. At the age of 15, his hens won the Canadian National Egg Laying Contest.

Distinguished military service in World War II interrupted his progress, not only due to his absence overseas, but also the loss in a fire of his breeding lines. He soon began assembling a new gene pool, buying stocks from other breeders, which was common practice at the time. He established a new feed store and hatchery in Galt and, with help from several geneticists at Guelph and elsewhere, began a series of cross-breeding experiments. This led to the discovery of the famed Shaver Starcross 288, a strain cross that laid significantly more eggs than most of its contemporary competitors.

The success of Starcross 288 encouraged Shaver to expand by offering franchises to many existing hatcheries in the U.S., Canada and eventually selling parent stock in over 90 countries worldwide. The facilities in Galt were expanded as the company developed not only white egg layers but also brown eggs and meat chickens. At its peak in the late 1970s there were four large research farms in what was by then Cambridge, plus two modern hatcheries.

Shaver spent at least one-third of his time overseas securing new business. As more and more customers came onboard, more facilities were needed. Shaver opened breeding farms in Great Britain, France, Germany, the U.S., and joint ventures in India, Pakistan, Barbados and New Zealand. To finance this expansion, Shaver sold part of the company to Cargill Inc. of Minneapolis. Cargill had a rigid policy that all company employees retired at age 65, so when Shaver retired in 1985, Cargill purchased the rest of the company.  It was subsequently sold to ISA, the French breeder, which in turn were bought by Hendrix Genetics, who still own the breeding lines and the brand name.

However, Shaver was not by any means retired from business. A number of corporate directorships kept Shaver busy in his later years. He was named the first Entrepreneur in Residence at the University of Guelph. For 25 years ending in 2008, Shaver was also the chair of the Canada Development Investment Corporation, a federal company tasked with privatizing Crown Corporations.

As late as 2016, at the age of 96, he presented the keynote address at the International Symposium on Avian Endocrinology.

Honours were many: Shaver received honorary Doctorates from the Universities of McGill, Guelph and Alberta. He was an Officer of the Order of Canada, and one of the first inductees into the International Poultry Hall of Fame.

It is generally agreed that his loss represents the end of an era, but fortunately a lot of the development work in his poultry lines has been carried on by the new owners, and the benefits still flow to today’s industry.