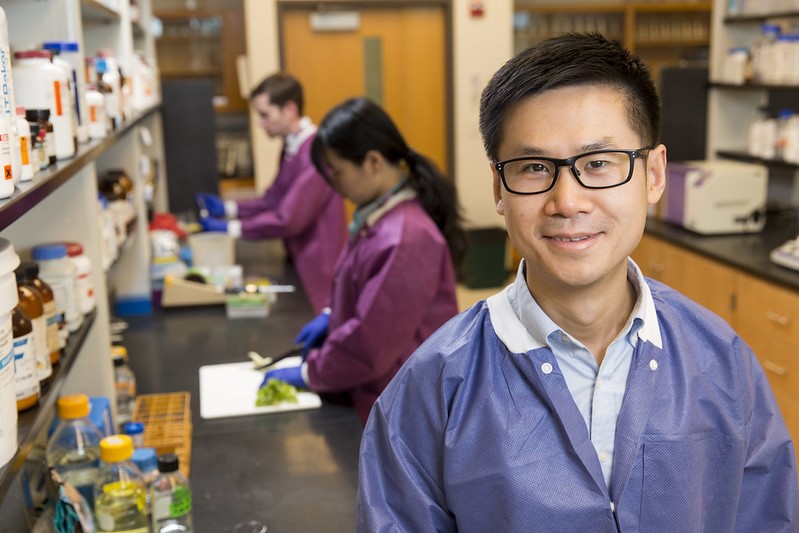 Researchers at the University of Georgia have provided multifaceted evidence to suggest the likely origins behind the global spread of Salmonella Enteritidis, which has caused recurring outbreaks of the foodborne pandemic linked to poultry products.

Using hypothesis-driven data mining, the research team, led by Xiangyu Deng of UGA’s Center for Food Safety, analyzed over 30,000 genomes of Salmonella Enteritidis obtained from global sources and the international trade of live poultry over five decades. The team concluded that the spread likely originated in poultry breeding stocks, or the progenitors chosen to produce future generations of chickens.

The study, titled “Global spread of Salmonella Enteritidis via centralized sourcing and international trade of poultry breeding stocks,” is out now in the journal Nature Communications.

Salmonella Enteritidis is a bacterial disease of poultry and a foodborne pathogen that makes people sick when contaminated food is consumed, causing symptoms such as diarrhea, fever and abdominal cramps. In poultry the disease often goes unnoticed, but it may present clinically as depression, poor growth, weakness, diarrhea and dehydration.

In the 1980s, increases of Salmonella Enteritidis infections linked to poultry products occurred simultaneously in America and Europe. The pathogen soon reached other continents at a pandemic scale.

From 2015-18, the largest Salmonella outbreak ever recorded in Europe occurred across 16 countries due to contaminated eggs. Yet the source, how the bacteria rapidly spread across continents decades ago, and how it caused large outbreaks in recent years remained a historical puzzle.

Deng said his team “attempted to connect the dots” to solve the mystery of the Salmonella Enteritidis pandemic, “which is how the pathogen simultaneously increased in so many parts of the world.” To help solve that mystery, the team had to understand how the poultry production industry has changed over the past 80 years.

In 1948 and 1951, “The Chicken of Tomorrow” contests were held in the U.S. to improve poultry breeding stocks, that is, to breed bigger and better chickens. At that time, chicken was not a main source of protein because the birds were quite small. Several breeders emerged from the contests, and over time, they consolidated through mergers and acquisitions.

By the late 2000s, only a few sizable breeding groups remained. This resulted in highly centralized sourcing and massive international trade of breeding stocks. Researchers hypothesized that Salmonella Enteritidis-infected poultry breeding stocks would be the simplest explanation for the synchronized and expansive spread of the illness.

To look at problems of this scale, the research team needed vast amounts of data — more than individual labs could generate. Deng said that they used publicly available Salmonella genomes obtained through sources such as GenomeTrakr and EnteroBase.

They also collected decades’ worth of international trade data of live poultry from the Food and Agriculture Organization of the United Nations, U.S. Department of Agriculture Foreign Agricultural Services and Observatory of Economic Complexity. This allowed them to gather the information that they needed.

“Our data mining is hypothesis-driven and integrative. I think that’s the key to how we managed to not get lost in huge volumes of genome data,” Deng said.

After the researchers analyzed the data, they discovered recent isolates from domestically raised poultry in the U.S. and Suriname that were “genetically near-identical.” This was significant because the most likely overlap in poultry production systems between the two countries is breeding stock supply.

The team then expanded genomic investigations to global populations of Salmonella Enteritidis. Through reconstruction of evolutionary history and population dynamics of the pathogen, they found that the global dispersal of the poultry pathogens likely had centralized origins.

The researchers then integrated the genomic data with import and export records of live poultry between countries. This allowed them to conclude that the centralized origins were Salmonella Enteritidis-infected breeding stocks. The bacteria were then disseminated through subsequent generations of birds which accounts for the similar genomes appearing on different continents.

In addition to helping address the historical puzzle of this foodborne pandemic, the study provides clues for prospective monitoring and intervention for emerging pathogens in poultry. College of Agricultural and Environmental Sciences researchers plan to use these clues to research methods to limit the spread of Salmonella on an international scale.

“Poultry production is a notable venue for repeated emergence of additional Salmonella strains,” Deng explained. “Despite decades of significant progress of Salmonella control in poultry, the evidence provided here calls for further investigation and potential intervention into the global spread of Salmonella from centralized origins at the pinnacle of poultry production.”

This study was supported in part by a Hatch project from the USDA National Institute of Food and Agriculture, and its other authors include Shaoting Li, Yingshu He and David Ames Mann. The article can be read in full in Nature Communications at nature.com.