Retired soldier takes to life on the farm, with help from Prince Charles 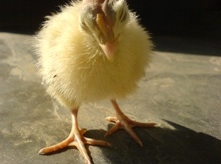 July 17, 2017, Trenton, Ont. – When retired master corporal William Hawley met Prince Charles on Friday, it was a chance to say thank you — and to talk a little turkey.

Hawley is a graduate of the Prince’s Operation Entrepreneur program, one of Charles’s charities in Canada that helps veterans transition to civilian life. In Hawley’s case, that transition has led him from the battlefield to the farmer’s field — his own organic poultry and vegetable operation.

Hawley and his wife, Carolyn Guy, were among the beneficiaries of the program who met the Prince of Wales and Duchess of Cornwall in Trenton, Ont., during the royal couple’s three-day tour of Canada. READ MORE