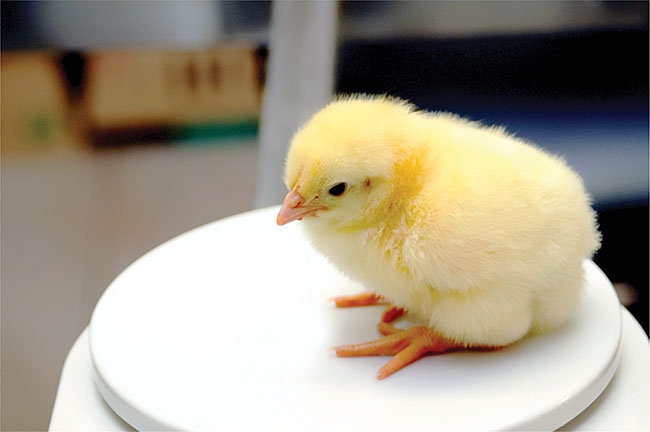 The poultry industry has seen quick changes in regards to the usage of antibiotics. These have resulted in rapid responses by production teams to manage their processes differently. For instance, it would have been taboo five years ago to “wet” an egg in any way for fear of bacterial growth.

In today’s poultry production world, most companies are using antibacterial wipes to reduce bacterial growth on eggs, as well as many other wet sanitation methods. As an industry we have had to learn quickly, but we still do not have all the answers. In many cases just more questions.

One question is how to reduce bacterial loads coming from the breeder farms. Bacteria grows at the rate of two times every 15 minutes in the poultry house environment. The eggs are coming through the vent of a chicken, immediately being exposed to not the cleanest of environments.

Intestinal health
The first line of defense is ensuring that the intestinal health of the birds is good so that there are no additional bacteria being introduced while the egg is being laid. Some companies are trying different prebiotics or probiotics to help with the hen’s intestinal health.

Most have found they have to be more diligent with their intestinal health programs starting in the pullet house. Ensuring they have a good gut flora from a pullet will result in better hen health. Special attention should be placed on cocci programs and water line sanitation to help establish good bacterial flora.

Once through the vent, eggs are subject to the environment of the chicken house – either the nest pad and nest belt or the floor. Keeping clean floors, nest pads and nest belts can be challenging, but with better intestinal health, improved ventilation and husbandry, bacterial loads can be mitigated.

A lot of companies are supporting the replacement of nest pads and nest belts, as well as top dressing the floors with new bedding material post peak production. Anything that can be done to reduce the bacteria levels on the surfaces that the egg touches will reduce the amount of bacterial load being taken to the hatchery.

Microcracks
Another key aspect of mitigating the bacterial challenge to an egg is reducing the number of cracks and microcracks. Microcracks will hatch an egg at a reduced rate of +23 per cent, but that means +60 per cent of them will hatch.

Anything that a company can do to reduce the risk of microcracks will help the bacterial load, embryo health and chick health, resulting in better hatch and better seven-day mortality. Some areas to look at would be transition for the egg from the nest pads to the belts, transition from the belt to the table, the person collecting the egg, and transportation of the egg.

Another point is how quickly the egg is being cooled. Some companies allow the egg to sit at egg collection room temperature for a few hours before placing them in the egg cooler so that the fresher eggs that are just below 41°C are not immediately placed into a 20°C egg cooler, causing microcracks.

Once the egg is in the egg room, the eggs can be fogged with a disinfectant to help reduce the bacteria levels that the egg came in contact with. Although, these fogging systems do not reach the bacteria that have been allowed through the pores of the eggs or through the microcracks. Many companies may fog them numerous times before they are set into the incubators.

In the incubators, there is not a lot that is being done to reduce bacteria levels, but the key is reducing the stress of the embryo through temperature management. Many companies are looking at the possibility of moving to single-stage machines so that they can clean between sets.

Embryo transfer
The next critical step is at embryo transfer. The equipment used to do the embryo transfer process must be as sanitary as possible. Experts suggest increasing the frequency of cleaning the transfer spoons, suction cups, heads and tables. Many companies were waiting until breaks to do some of these processes.

Having a standard procedure that requires a cleaning every ‘x’ number of buggies or machines will help the bacteria levels that are being introduced to the eggs to follow. Also, setting eggs so that your more problematic flocks and old flocks run last will help reduce the bacteria load being spread to good conditioned eggs.

You see many combinations of sanitation in the hatchers, but this is a critical step due to the bacterial bloom that occurs in hatchers. As the chicks hatch they release the bacteria that may be in the egg. As these bacteria grow in a nice, warm, moist environment, every chick is exposed to this bacteria load without proper sanitation. The cleaner the environment can be before hatch begins the better.

Also, reducing any stress the chick may be encountering during these crucial first hours will help its overall immune system health. Keeping CO2 levels and temperature levels throughout the entire hatch window will reduce this stress and allow their natural immunity to thrive.

Be diligent
There are a number of steps that must be evaluated and changed in RWA poultry production. The industry has been doing a lot of these steps for many years, but now there is a need to become even more diligent and detailed. At the same time, research avenues and innovations are increasingly being explored as the industry strives for answers.